South Korean President Park Guen-hye reported that she received an assurance from President-elect Donald Trump that the United States will be “steadfast and strong” in its security alliance with South Korea.

Park said in a Nov. 10 statement that she spoke with Trump the day after his election and raised the issue of North Korean nuclear weapons advances as the “greatest threat” that both nations face. “We are with you all the way, and we will not waver,” he said, according to the South Korean account of the 10-minute phone conversation. 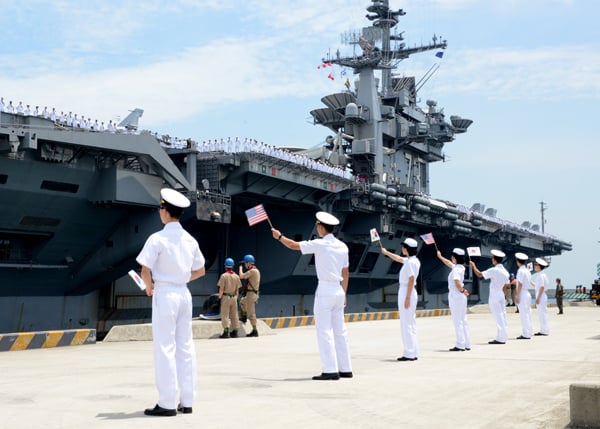 North Korea has violated UN Security Council resolutions prohibiting nuclear and ballistic missile tests over two dozen times this year through November. Experts advise that North Korea will need to be a priority for the new administration, as Pyongyang continues to advance its ballistic missile capabilities and expand its stockpile of fissile material for nuclear weapons.

North Korea conducted two underground nuclear test explosions this year, and a number of experts and officials from South Korea and the United States assess that Pyongyang could fit a nuclear warhead on a medium-range ballistic missile. (See ACT, October 2016; January/February 2016.)

Retired Lt. Gen. Michael Flynn, Trump’s choice for national security adviser, told a group of South Korean officials on Nov. 18 that North Korea would be a top priority for the Trump administration.

Trump has yet to give details on how he will approach North Korea. On the campaign trail in June, he suggested he would be willing to personally negotiate with leader Kim Jong Un over North Korea’s nuclear program. A few months earlier on a CBS news broadcast, Trump called Kim a “bad dude” and said that he would increase economic pressure on China “to make that guy disappear in one form or another.”

Trump’s assurance to Park that the United States will be steadfast and strong in its security alliance with Seoul marks a shift in his thinking during the campaign. At various times, Trump raised the prospect of removing U.S. troops from the Korean peninsula, saying South Korea was not paying enough of the costs for U.S. troops stationed there, and suggested that South Korea and Japan may need to develop their own nuclear weapons rather than relying on the United States for security.

South Korea currently pays about half of the costs of housing more than 28,000 U.S. troops on the peninsula, but Trump has argued that Seoul should pay a greater share of the expense.

Pyongyang has remained relatively silent on Trump’s election, although a week after the voting, North Korea’s state-run Korean Central News Agency (KCNA) implied that Park was using the U.S. election and the “Trump emergency system” to divert attention from the scandal surrounding her own presidency.

Protesters are calling on Park to resign after information came to light that she allowed a friend to edit speeches and access sensitive information.

A report submitted by South Korea’s unification ministry on Nov. 14 said that Seoul will continue its policy of sanctions and pressure on North Korea during the Trump administration.

The Obama administration’s policy included increasing pressure on North Korea through sanctions and engaging in talks with North Korea only after Pyongyang takes steps toward denuclearization.

KCNA issued a release on Nov. 8 that characterized the Obama administration as a “total failure” and stated that President Barack Obama’s plan to “stifle” North Korea pushed Pyongyang to “bolster its nuclear force.”