European leaders were quick to voice support for the nuclear deal with Iran after Donald Trump’s election raised concerns about the future of the agreement.

Trump has made a range of comments about how, if elected, he would approach the July 2015 nuclear deal that the United States and its P5+1 partners (China, France, Germany, Russia, and the United Kingdom) negotiated with Iran. In a March 21 speech to the American Israel Public Affairs Committee, an influential pro-Israel group, Trump said his “number one priority is to dismantle the disastrous deal with Iran.” He has also described the agreement as the worst deal ever negotiated and said he would seek to renegotiate it. 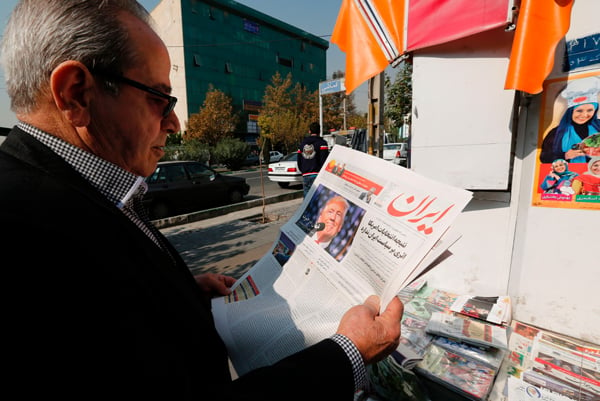 The agreement, which has been in force since January, limits Iran’s nuclear activities and subjects the program to intrusive monitoring. In exchange, Iran received relief from nuclear-related sanctions imposed by the United States, European Union, and UN Security Council.

Trump has not provided any details on how he would renegotiate the deal, an effort that European allies have already signaled they will resist.

In remarks to press on Nov. 13, EU foreign policy chief Federica Mogherini emphasized that the deal is a multilateral agreement and said that it is in the “European interest” to “guarantee that the agreement is implemented in full.” French President François Hollande also voiced his support for the deal after Trump’s election, telling reporters on Nov. 16 that the agreement “gives us all security” and that the “absence of the accord would be very serious.”

Iranian President Hassan Rouhani said Iran intends to continue abiding by the agreement, despite remarks made by Trump. In Nov. 9 remarks, Rouhani described the deal as an agreement between a group of countries approved by the UN Security Council and said that “there is no possibility that it can be changed by a single government.”

The UN Security Council endorsed the agreement in Resolution 2231, which was passed unanimously in July 2015.

Maj. Gen. Yahya Rahim Safavi, a military aide to Iranian Supreme Leader Ali Khamenei reportedly told state television on Nov. 15 that it would be a “strategic mistake” for Trump to pull out of the Iran deal. Safavi noted that presidential candidates often make statements while campaigning that do not reflect their positions in office.

Although the deal is a multilateral agreement, Trump could decide to unilaterally pull out of the agreement or stop implementing U.S. commitments.

Under the terms of the deal, U.S. sanctions relief comes from presidential waivers during the initial years of the agreement. Trump, as president, will need to periodically reissue those waivers to continue sanctions relief.

The passage of the additional nuclear-related sanctions by the United States would violate Washington’s commitments under the agreement. 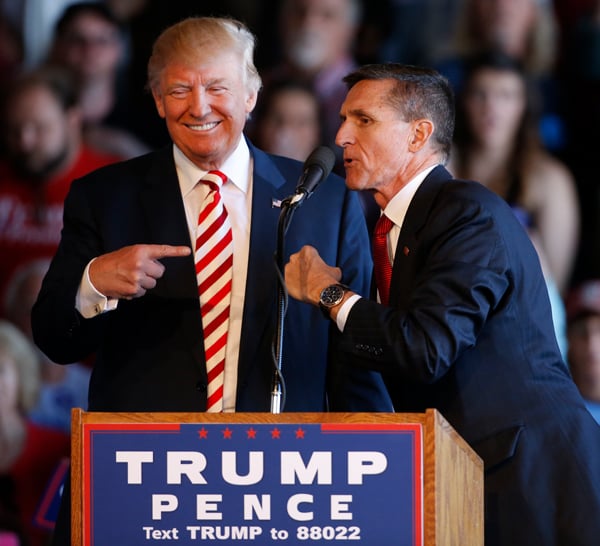 In personnel announcements Nov. 18, Trump selected vocal Iran-deal opponents to fill two key national security posts. He named retired Lt. Gen. Michael Flynn, a former director of the U.S. Defense Intelligence Agency, to be his national security adviser and Rep. Mike Pompeo (R-Kan.), a member of the House Intelligence Committee and a tea party favorite who graduated from the U.S. Military Academy at West Point, to head the CIA.

“I look forward to rolling back this disastrous deal with the world’s largest state sponsor of terrorism,” Pompeo wrote on Twitter a day before the announcements.

If Trump does decide to take action to dismantle the Iran agreement, he may face opposition from members of Congress who initially opposed the agreement.

Senate Foreign Relations Committee Chairman Bob Corker (R-Tenn.) told MSNBC on Nov. 16 that the agreement should not be discarded immediately and that “the beginning point is for us to cause them to strictly adhere” to the deal. Corker opposed the agreement during the congressional review of the deal last year.

Corker noted in the interview that Washington has lost its leverage with Iran because it has already provided relief and the United States needs to “keep the Europeans and others with us in this process.”

Both opponents and supporters of the deal acknowledged the critical role that international support for sanctions played in pressuring Iran to return to negotiations over its nuclear program. Mogherini made clear that if the United States leaves the agreement, she will continue working to implement it.

Nicholas Burns, who was U.S. undersecretary of state for political affairs from 2005 to 2008, said that efforts by Trump to reimpose sanctions or kill the deal would poison relations with key nations. “It would be an act of diplomatic suicide by the United States,” he said Nov. 10 at an Asian Society forum in New York.

The International Atomic Energy Agency’s (IAEA) quarterly report on Iranian compliance with the conditions set out under the nuclear deal noted that Tehran slightly exceeded the heavy-water stockpile limit of 130 metric tons. The report said that Iran had 130.1 metric tons on Nov. 8.

Under the terms of the agreement, Iran can continue heavy-water production, which is used as a moderator in some nuclear reactors, and store up to 130 metric tons of the material. Iran can sell any excess. The IAEA report said that Iran notified the agency of its intention to ship out five metric tons in a letter dated Nov. 9.

Prior to Iran exceeding the limit, IAEA Director-General Yukiya Amano expressed concern about Iran’s stockpile of heavy water after inspectors noted on Oct. 25 that Tehran had exactly 130 metric tons.

At the agency’s Board of Governors meeting Nov. 17, Amano urged that Iran strictly comply with the Joint Comprehensive Plan of Action (JCPOA), the nuclear accord’s formal name. “It is important that such situations should be avoided in the future in order to maintain international confidence in the implementation of the JCPOA, which represents a clear gain for nuclear verification in Iran,” he said.

Laura Holgate, U.S. ambassador to the IAEA, at the meeting called on Iran to “complete without delay its plan to resolve the issue.” Her Nov. 17 statement also said that Iran’s notification to the international community that it is willing to sell heavy water does not fulfill Tehran’s commitments under the deal and that “any excess heavy water cannot remain in Iran.”

Reza Najafi, Iranian ambassador to the IAEA, pushed back against describing the excess heavy water as a breach of the deal’s limits. He told reporters at the IAEA on Nov. 17 that the text of deal says that Iran’s heavy-water needs are “estimated” to be 130 metric tons and that does not create a clear limit for the stockpile size.

On Nov. 20, state-owned Press TV quoted a spokesman for the Atomic Energy Organization of Iran as saying that Iran had transferred an unspecified quantity of heavy water to Oman and that more would be sent there in the future.

This is the second time that Iran has exceeded the heavy-water limit. The IAEA quarterly report in February noted that Tehran had 130.9 metric tons. Since that excess was reported, Iran had sold heavy water to the United States and Russia to remain under the limit.