“Your association has taken a significant role in fostering public awareness of nuclear disarmament and has led to its advancement.”
– Kazi Matsui
Mayor of Hiroshima
June 2, 2022
Russia Completes S-300 Delivery to Iran

Russia completed delivery of the S-300 air defense missile system to Iran last month, concluding an $800 million deal signed between the two states in 2007, state-run Russian press agency RIA Novosti reported. The S-300 mobile surface-to-air missile system can counter multiple aircraft at a range of 195 kilometers and ballistic missiles at a range of up to 50 kilometers.

In September 2010, following pressure from the United States and Israel, Russian President Dmitry Medvedev suspended the agreement in compliance with a stricter UN arms embargo passed in June of that year. (See ACT, October 2010.) 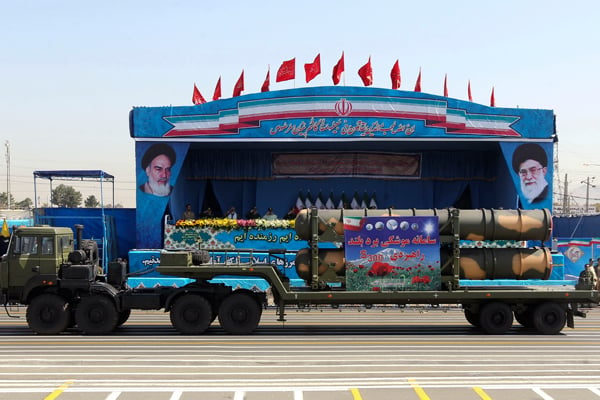 Iran protested the decision, filing a $4 billion lawsuit against Russia’s defense export agency and embarking on the manufacture of its own long-range, mobile air defense system, the Bavar-373, which President Hassan Rouhani unveiled in August.

After Iran and the six-country group known as the P5+1 agreed on the Joint Comprehensive Plan of Action to constrain and roll back Iran’s nuclear program in July 2015, Russian President Vladimir Putin lifted the ban on weapons sales to Iran and signed a new agreement with Tehran, sending the first shipment of parts in April.

Despite classification of the S-300 system as defensive, U.S. Secretary of State John Kerry has repeatedly raised objections with Russian Foreign Minister Sergei Lavrov about the transaction, said State Department spokesperson Elizabeth Trudeau during a May 10 press briefing. “[W]hile we’re opposed to the sale, it is not a violation” of the Iran nuclear deal or UN Security Council Resolution 2231, she said. That resolution formally endorsed the accord.

Since the conclusion of the S-300 system’s sale, Russian state news services have reported that Iran and Russia plan to negotiate a $10 billion deal to supply arms to Iran, which is expected to include artillery systems, helicopters, planes, and T-90 tanks.