Representatives from the 48 member states of the Nuclear Suppliers Group (NSG) met in Vienna last month to discuss possible common membership criteria for countries that have not joined the nuclear Nonproliferation Treaty (NPT).

The meeting on Nov. 11 was the first since the NSG’s June plenary meeting in Seoul, where states considered but did not agree to separate membership bids from India and Pakistan, neither of which is a member of the NPT. (See ACT, July/August 2016.) 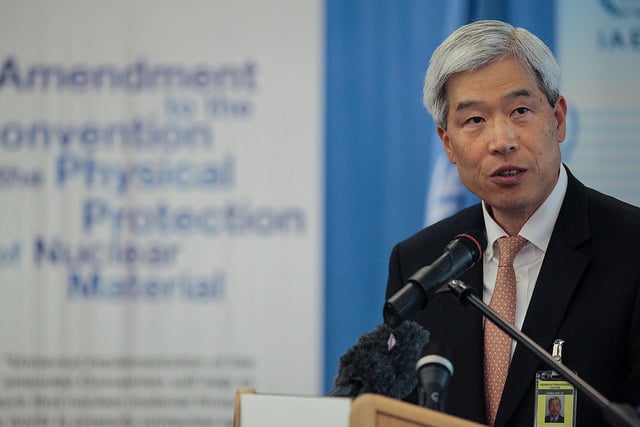 In 2008, after a long and contentious debate, the group exempted India from the NSG’s long-standing full-scope safeguards requirement for nuclear trade with non-nuclear-weapon states on the basis of political commitments made by India, including a commitment to abide by its unilateral nuclear testing moratorium.

Earlier this year, Washington and New Delhi launched a diplomatic push for full Indian membership in the NSG. Pakistan submitted a separate membership bid. But at the group’s meeting in June, China and several other states insisted that NPT membership must be one of the key criteria.

At the Nov. 11 meeting, which was convened by the current chair of the NSG, South Korean Ambassador Song Young-wan, the delegates continued to exchange views on the “two-step” process on non-NPT states’ participation begun at their Seoul meeting.

Since the June plenary, Song, with the assistance of outgoing NSG chair Rafael Mariano Grossi of Argentina, have consulted states on possible criteria for membership. According to senior diplomats involved in the confidential consultations, NSG states have begun to seriously engage on potential options, but the discussion has not yet reached the point at which a consensus decision might be achieved.

Several states involved in the consultations have suggested that signing the Comprehensive Test Ban Treaty (CTBT) should be included as one of the common criteria for NSG membership, according to diplomats who spoke with Arms Control Today.

In September, the UN Security Council approved a resolution reaffirming the importance of the CTBT. (See ACT, October 2016.) Last month, India, which has not signed the nuclear test ban accord, concluded a civil nuclear cooperation agreement with Japan that would be terminated if India conducts a nuclear test.

The Chinese Foreign Ministry issued a statement Nov. 11 saying that “China maintains that any formula worked out should be non-discriminatory and applicable to all non-NPT states; without prejudice to the core value of the NSG and the effectiveness, authority and integrity of the international non-proliferation regime with the NPT as its cornerstone; and without contradicting the customary international law in the field of non-proliferation.”