When Senator Barack Obama (D-Ill.) was elected president in 2008, he had already demonstrated leadership in trying to curtail conventional arms proliferation.

As a senator, he had sought to treat the dangers of conventional arms in a similar vein as nuclear weapons by joining Senator Richard Lugar (R-Ind.) in authoring the Cooperative Proliferation Detection, Interdiction Assistance, and Conventional Threat Reduction Act. The bill, signed into law in January 2007, provided funding to prevent the proliferation of conventional weapons and to help U.S. allies detect and interdict proliferated weapons. 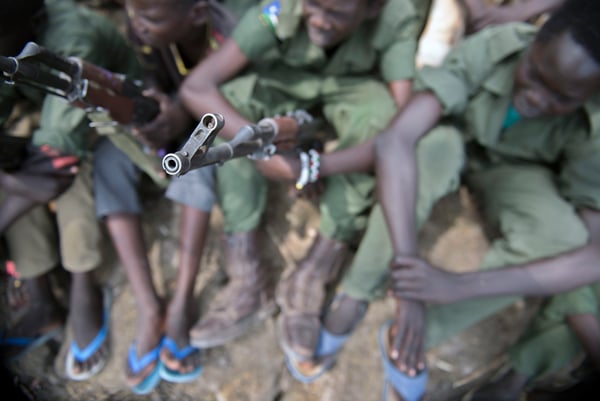 While the Lugar-Obama initiative represented an uncommon and important emphasis on reducing the risks posed by conventional arms, Obama’s presidency has been marked by a limited focus on conventional weapons issues. Certainly, there have been some noteworthy and beneficial steps. For example, during Obama’s two terms, the United States signed the landmark Arms Trade Treaty, released a new conventional arms transfer policy for the first time in 20 years, developed a new unmanned aerial vehicle export policy, and moved closer to joining the Mine Ban Treaty.

Yet, the Obama administration’s overall record on conventional weapons issues is disappointing in a number of respects. The administration has a troubling record with regard to arms sales to countries with significant history of human rights abuses, including the use of child soldiers; with regard to transparency and accountability for the U.S. drone program; and as it pertains to the U.S. status in the community of nations banning indiscriminate and deadly anti-personnel landmines and cluster munitions.

Indeed, the eight years of the Obama administration saw the highest value of foreign military sales agreements since World War II. From 2009 to 2015, these agreements totaled approximately $245 billion, compared to an estimated $127 billion from 2001 to 2008 under President George W. Bush. The quantity of weapons sold is less concerning, however, than the recipients of these weapons. Throughout the Obama administration, the United States has provided arms to countries with controversial human rights records, such as Bahrain, Egypt, Saudi Arabia, and more recently the Philippines. The Obama administration has approved arms sales to the most violent offenders—think Saudi Arabia’s campaign in Yemen or President Rodrigo Duterte’s most recent crackdown in the Philippines—stopping only when Congress has interceded or raised uncomfortable questions. In short, the Obama administration’s legacy on arms sales reflects a strong emphasis on sweeping national security concerns, such as counterterrorism priorities, at the expense of broader foreign policy values and interests, such as promoting human rights and supporting democratization and good governance. 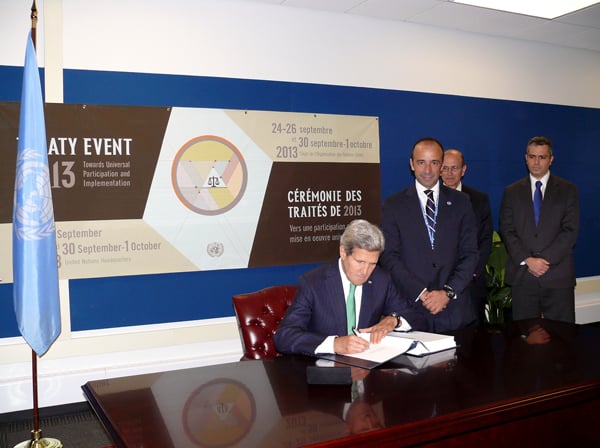 The United States is one of only 35 countries that remain outside the Mine Ban Treaty, the 1997 accord also known as the Ottawa Convention. The Obama administration, in a policy shift two years ago, pledged essentially to comply with key treaty provisions, which bar the use, stockpiling, production, and transfer of anti-personnel landmines, everywhere except for the Korean peninsula due to the U.S. commitment to defend South Korea from a potential invasion from the North across the mined demilitarized zone. Numerous officials, however, have called this exception into question for more than a decade, noting that technological advances in other systems could offset the utility of landmines. Although the administration initiated a study to examine alternatives, the results of its study have yet to be released.

On drones, the Obama administration has taken some steps toward establishing a transparent, accountable, and responsible policy for lethal use. In February 2015, the administration released an updated drone export policy, which includes potential requirements for enhanced end-use monitoring of military drones, additional security conditions, and requirements for only transferring sensitive systems through government-to-government military sales. Importantly, commercial U.S.-made drones are also subject to “stringent” restrictions under the new guidelines. The policy also requires recipients to agree to “principles for proper use” before an export can be approved.

Although these are positive steps, U.S. drone policy overall continues to resemble a patchwork of half-measures to address concerns rather than a comprehensive and complete examination of how drone proliferation and use fit within larger strategic objectives. For example, although the civilian casualty data provides insight on combatant and noncombatant casualties in areas outside active hostilities, the release lacks substantive information to allow for objective analysis and more informed debate on the program’s overall effectiveness and risks to civilians.

Ultimately, Obama’s record on conventional arms issues leaves much to be desired. After eight years in the White House, the administration missed its chance to better address the security, development, economic, and human impacts of the proliferation and use of conventional arms around the world. Although there were some commendable developments, Obama failed to make the most of opportunities to match U.S. global leadership in arms exports with performance as a global leader in setting appropriate standards for arms transfers and use.

Rachel Stohl is a senior associate with the Stimson Center’s Managing Across Boundaries initiative and directs the center’s Conventional Defense program.