By Jeff Abramson and Alicia Jensen

In a busy period from the end of August through the first week of September, U.S. and global leaders took new steps to condemn the use of cluster munitions, halt their production, and expand efforts to clear land contaminated by their unexploded remnants.

The first of these actions came from the business sector when Textron Inc. announced on Aug. 30 that it would discontinue production of the last cluster munitions manufactured in the United States. The company stated in a filing with the Securities and Exchange Commission that it would end production by March 2017, citing “reduced orders” and difficulties in obtaining required executive branch and congressional approval in the “current political environment.” 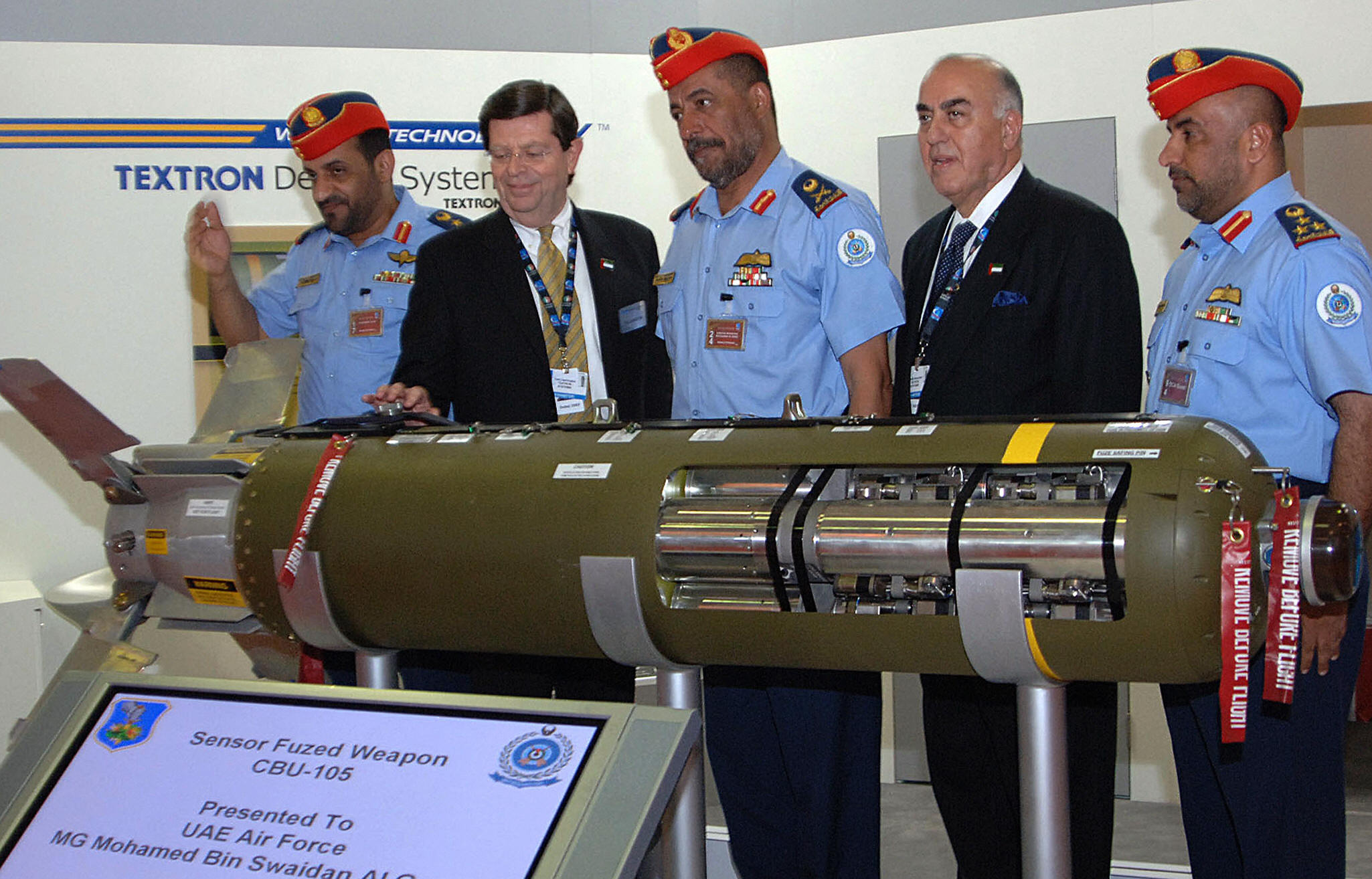 That political environment includes a decision, first reported by Foreign Policy on May 27, that the Obama administration had suspended cluster munition transfers to Saudi Arabia following evidence of civilian casualties from their use in attacks in Yemen. A U.S. House of Representatives action to make that suspension more durable nearly passed in a June vote of 204-216 on an amendment to the fiscal year 2017 defense appropriations bill that would have barred the use of U.S. funds to authorize the transfer of cluster munitions to Saudi Arabia.

Under a 2008 policy, the United States only allows the transfer of cluster munitions with a failure rate of less than 1 percent. Textron’s CBU-105 Sensor Fuzed Weapon is the only cluster munition that the United States claims meets that standard. Beginning in 2007, the United States announced deals to sell CBU-105s to India, Oman, Saudi Arabia, Singapore, South Korea, Taiwan, and the United Arab Emirates, but has not budgeted new funds itself for purchasing the weapons since then. It is unclear whether Textron may still complete existing orders before ending production and, if so, how many.

The CBU-105 has drawn renewed scrutiny because Saudi Arabia used the munition in its war in Yemen last year, the first documented use by a recipient country. In March 2015, a Saudi-led coalition began airstrikes against Houthi forces in Yemen, seeking to return former President Abed Rabbo Mansour Hadi to power in Sanaa. Almost immediately after the coalition began its airstrikes, there were reports about the use of cluster munitions. Many of the cluster munitions were supplied before the year 2000, but field researchers from Human Rights Watch documented multiple examples of CBU-105 submunitions, or “skeet,” from a BLU-108 canister failing to disperse or detonate.

Those failures have raised questions whether the CBU-105 meets the 1 percent criteria. Further, apparent use of the weapons near civilian areas may violate U.S. end-use restrictions that require cluster munitions “will only be used against clearly defined military targets and will not be used where civilians are known to be present.” 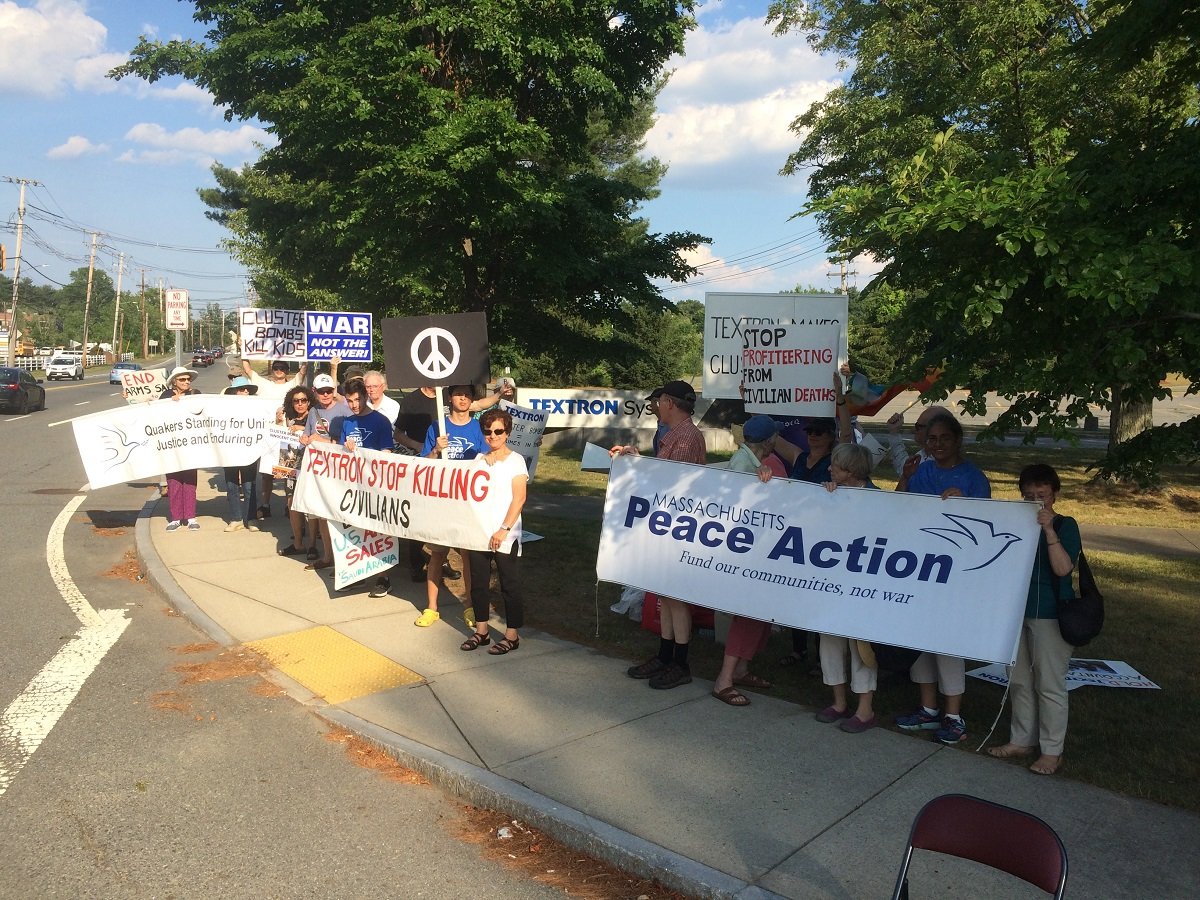 Use of cluster munitions in Yemen, as well as in Syria in the past year, was condemned at the most recent meeting of states-parties to the Convention on Cluster Munitions (CCM). Held Sept. 5-7 at the United Nations in Geneva, treaty members adopted a political declaration that “condemn[s] any use of cluster munitions by any actor” and specifically lists their concerns “most notably in Syria and Yemen.”

At least 248 casualties were caused by cluster munitions in Syria and 104 in Yemen in 2015, according to the latest annual report released just before the meeting by the Landmine and Cluster Munition Monitor. Preliminary data also suggested that, by the end of May this year, an additional 270 casualties had occurred in Syria. Airstrikes in Syria using cluster munitions have increased as of September 2015 when Russia initiated joint military operations with the Assad regime.

The treaty, which entered into force in 2010, has 100 states-parties and 19 signatories.

Obama Tackles Past Use

Although not a CCM party nor an observer at states-parties’ meetings, the United States made a major new commitment to address the harm caused by cluster munitions when President Barack Obama visited Laos in early September.

Recognizing the U.S. role in bombing Laos during the Vietnam War, Obama pledged to increase U.S. spending to a total of $90 million over three years to conduct a comprehensive unexploded ordnance survey of Laos and for continued clearing operations, as well as to continue to assist victims. The pledged sum would be twice the yearly amount that has recently been allocated to the project. According to a White House fact sheet, the United States has contributed more than $100 million to such activities in Laos in the last 20 years, helping reduce annual casualties from more than 300 to fewer than 50.

In a Sept. 7 speech, Obama noted that, during the Vietnam War, “America’s intervention here in Laos was a secret to the American people…. Over the course of a decade, the United States dropped more bombs on Laos than Germany and Japan during World War II. Some 270 million cluster bomblets were dropped on this country.”

Although not addressing broader U.S. policy on cluster munitions, he also said, “I believe that we have a profound moral and humanitarian obligation to support this work.”