– General John Shalikashvili
former Chairman of the Joint Chiefs of Staff
Looking Back: Compliance Versus Bargaining - An Implication of the Iran Nuclear Deal

The Iran nuclear deal, known formally as the Joint Comprehensive Plan of Action (JCPOA), passes a milestone this month, which invites thinking about some of the agreement’s implications. One year ago, October 18, 2015, was “adoption day,”1 the date on which the accord came into effect and participants began taking steps necessary to implement their commitments.

Among other things, the negotiations that produced the agreement showed a dynamic that may affect how states approach future proliferation conflicts and the potential for resolving them diplomatically. The issue is whether a proliferation dispute is framed as a matter of compliance with rules or as a matter of bargaining for a fair deal instead. Compliance and fair bargaining need not be mutually exclusive concepts and processes. If rules are fair, enforcing compliance with them can be fair too. In international politics, however, all states do not necessarily perceive all rules to be fair, nor do states always agree on the fairness of proposed ways of enforcing compliance with rules. 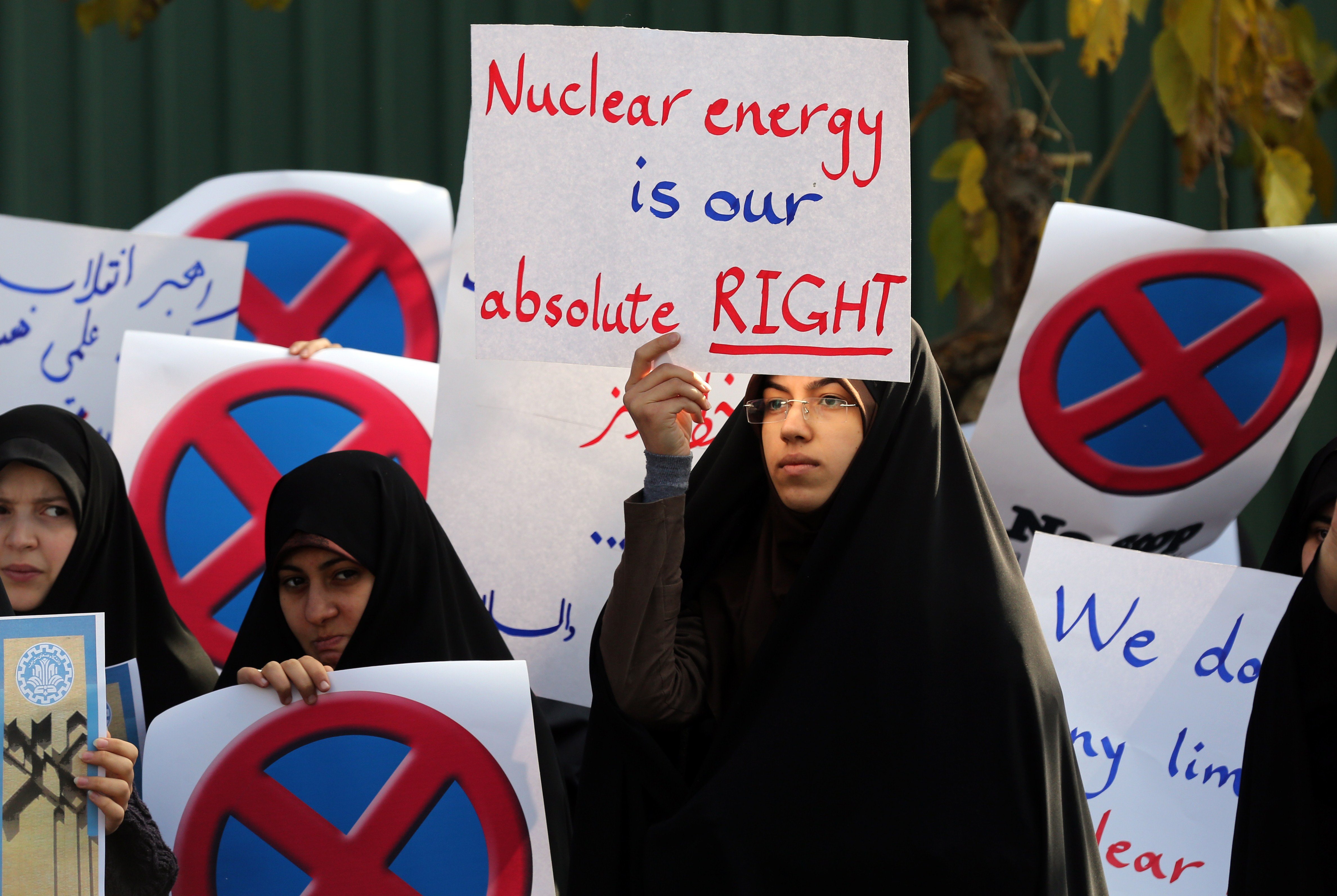 France, Germany, the United Kingdom, the United States and, perhaps, Russia and China saw the Iran case primarily as a compliance problem. Iran broke the rules of the nonproliferation regime, specifically International Atomic Energy Agency (IAEA) safeguards and disclosure requirements. The IAEA and subsequently the UN Security Council issued binding requirements of transparency and confidence building, including a demand that Iran “suspend all enrichment-related and reprocessing activities.”2 Iran was not meeting these requirements. Thus, the international community continued to pressure Iran with sanctions until it complied.

Iran could not effectively dismiss the concept of compliance, but Iranian officials sought to portray the dispute as a matter of fairness or justice. They said Iran had no choice but to conduct illicit nuclear activities because the United States and Israel were illegally sabotaging Iran’s declared activities. They insisted that all countries have a “right” to enrich uranium3 and the United States and its allies were engaged in neocolonial nuclear repression. Iran also argued that the nuclear-weapon states had failed to live up to their obligations under the nuclear Nonproliferation Treaty (NPT) to eliminate nuclear arsenals and that they frequently exhibited double standards in choosing when, where, and how to apply nonproliferation rules.

The six countries negotiating with Iran, known as the P5+1, were correct that compliance was and is at the heart of the diplomatic struggle with Iran. Civilization and international security are advanced by the creation and enforcement of rules to regulate technologies and activities that can threaten peace and security. The NPT is the foundation of a rules-based global nuclear order. Therefore, it is vital to enforce compliance with rules derived from the NPT.

Yet, the international system generally lacks judicial and enforcement mechanisms that are as legitimate and effective as those in well-governed states. The IAEA admirably performs some important functions in the rules-based system, but it does not have clear enforcement authority. The actions of the IAEA Board of Governors can be subject to the exertions of major powers and resistance by dissident states for reasons that are germane and meritorious or not. The UN Security Council is the entity that is expected to mobilize international power in response to violations of NPT-related rules when the IAEA reports violations to it. The Security Council has the authority to enforce mandates regarding international peace and security. Enforcement most commonly takes the form of political demands and sanctions. Military action can be the ultimate means of enforcing rules, and in the international system, the Security Council is supposed to be the authorizer of legitimate uses of force. Yet, the council is a highly politicized body, and the five permanent, veto-wielding members enjoy disproportionate influence within it. As a result, the council is often inefficient or less than just in catalyzing or withholding international action, particularly the use of force.

In sum and hardly shocking, disputes over questions of nuclear rules and their enforcement are subject to the politics that flow from the distribution of power within the international system. In practice, this makes it difficult to separate compliance with rules from debates over fairness.

The tensions inherent here are exacerbated by the fact that the NPT is based on “bargains” that have been unevenly and inadequately fulfilled. Some states argue that the treaty’s Article IV promise of nuclear cooperation in return for nonproliferation is not fulfilled. These states feel that restrictions on access to nuclear technology continue to grow tighter, whereas the “sacrifices” that nuclear-weapon states are supposed to make are unfulfilled.

Many states and civil society groups have reason to believe that Article VI represents a bargain of nonproliferation in return for the eventual elimination of all nuclear arsenals.4 This was affirmed in the 1995 decision to extend the NPT indefinitely. Many argue that, despite the dramatic reductions in U.S. and Russian nuclear arsenals, the world’s nuclear-armed states are not seriously committed to pursuing the abolition of these weapons. The ongoing modernization of the Chinese, Russian, and U.S. nuclear arsenals strengthens this argument. Few if any states argue that the world would be more secure without the NPT, but widespread dissatisfaction exists over how its terms have been interpreted and enforced.

Other examples of double standards, selective enforcement, and perceived unfairness include differences in the ways that major powers treat India, Israel, and Pakistan. These three states did not sign the NPT, so they did not forgo the “right” to acquire nuclear weapons. Yet, different major powers have treated each of them differently, most notably when the United States, backed by France and Russia, pushed the Nuclear Suppliers Group to exempt India from nuclear trade restrictions.5 As a group, the three non-NPT states have been treated more indulgently than Iran, Iraq, and other states that did sign the NPT. There are sound legal and strategic reasons for treating states that have legally agreed not to acquire nuclear weapons differently from those that did not sign the NPT, but this does not alleviate the sense that the nuclear order is unfair.

The competing frames of compliance versus fairness have important implications that are not often analyzed. If fairness is central, the notion of negotiating and bargaining among parties with equal standing informs how one sees the contest. Compromise emerges naturally as an acceptable outcome. In the compliance frame, however, the contest is not among actors with equal standing, but rather is an effort by authorities to compel a deviant actor to comply. Negotiation and compromise are not obviously required. We do not pay a violator of rules to correct its behavior and comply; we compel it. In one frame, fairness involves give and take. In the other, fairness is simply compliance. 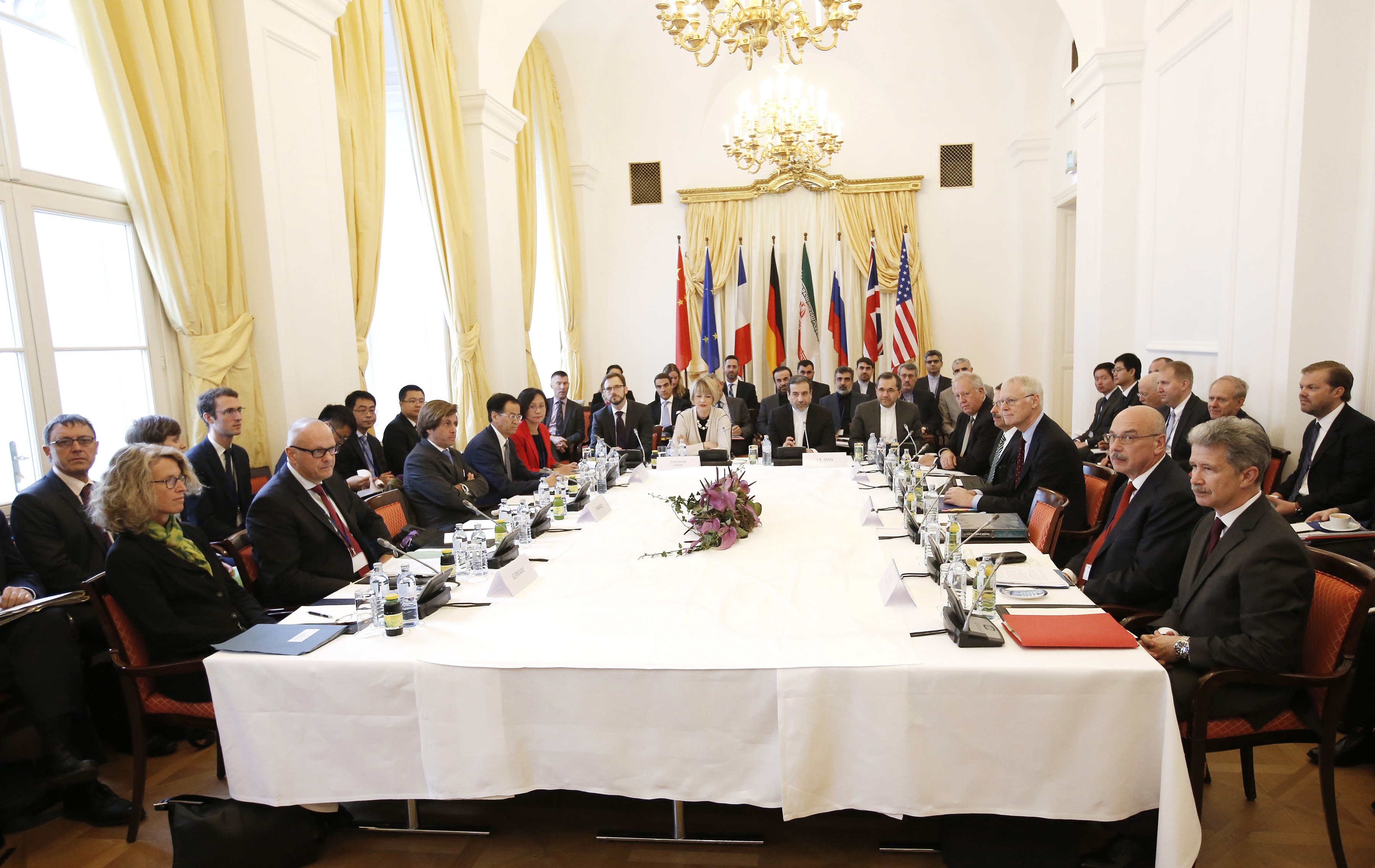 The tension between compliance and fairness will play out in general debates, as in NPT review conferences, and in future cases if and when a non-nuclear-weapon state seeks to develop indigenous capabilities to enrich uranium or separate plutonium. States and nongovernmental organizations will intensely debate whether the nuclear-weapon states are complying with their disarmament obligations and what are fair measures of progress toward that end. Discord also will be expressed over whether and how strengthened approaches to IAEA safeguards, including the toughened provisions of the additional protocol, are necessary to uphold the objectives of the NPT and whether inducements, or bargains, should be offered to make this more acceptable.

The most potent criticism of the JCPOA is that by granting Iran the right to enrich uranium, it will now be practically impossible to persuade or collectively compel other states not to initiate fuel-cycle programs. This criticism has some validity at an abstract level, but is misguided and ultimately not convincing.

First, critics seem to assume that the United States and its negotiating partners have the power to grant such rights and that they did so in the JCPOA. U.S. officials say that the deal does not establish any right to enrich uranium.6 In any case, Article IV of the NPT neither specifies a right to acquire specific types of nuclear equipment or material nor precludes such acquisition for peaceful purposes. Yet, largely as a result of the contest with Iran, much of the world now believes that enrichment is a sovereign right that is not for the United States or any cabal of states to grant.

Second, the damage done by allowing highly conditioned enrichment activities in Iran is exaggerated. The number of other states that have displayed the interest and capability to begin enrichment programs, as Iran did, is quite small. South Korea is the only one.7 Indeed, in negotiations with the United States, South Korea has used arguments of fairness to seek consent to conduct fuel-cycle activities. Seoul has juxtaposed its standing as a non-nuclear-weapon state-party to the NPT to that of India, which deploys nuclear weapons outside the NPT and has nonetheless won U.S. support for exempting it from nuclear trade restrictions. Seoul also cites the nuclear deal’s acceptance of enrichment in Iran. More speculatively, Saudi Arabia and Turkey are cited. The former has significant motivation to copy Iran, but lacks technical wherewithal.8 The latter has more capability but less motivation.9 Saudi Arabia and Turkey each would have more motivation to balance Iran if there were no nuclear deal and Iran’s nuclear program was unconstrained.

Third, there was not a viable alternative to accepting circumscribed enrichment in Iran. Once it was understood that Iran would not be physically forced to comply with demands to totally relinquish enrichment activities and capabilities, the only way to establish verifiable limits on these activities was through bargaining. Iran won the right to continue enrichment; the international community won limits on the scale and scope of these activities and unprecedented verification and enforcement modalities.

To be sure, Iran paid an enormous price for winning these points. It lost hundreds of billions of dollars in revenue and trade as a result of sanctions and was politically isolated. It had to accept more comprehensive monitoring and verification of its future nuclear activities than other states. Nevertheless, given the long pattern of illicit Iranian nuclear activities and the evidence to doubt that its nuclear program was exclusively peaceful, Iran was able to bargain for more than it was arguably entitled under the NPT. This occurred in part because of the fundamental reality mentioned earlier: the rules-based international system, unlike domestic governance, does not have predictable recourse to physical power to enforce compliance.

War is the final arbiter in the international system. If war is not a welcome option among the countries that would have to wage it in order to enforce compliance, which was the case regarding Iran, then negotiation and bargaining must be tried. In a bargaining process, the value of fairness naturally comes into play.

1.   Office of the Press Secretary, The White House, “Statement by the President on the Adoption of the Joint Comprehensive Plan of Action,” October 18, 2015, https://www.whitehouse.gov/the-press-office/2015/10/18/statement-president-adoption-joint-comprehensive-plan-action.

George Perkovich is vice president for studies at the Carnegie Endowment for International Peace in Washington. He works primarily on nuclear strategy and nonproliferation issues and South Asian security.

The Arduous Path to Restoring the Iran Nuclear Deal

Apes on a Treadmill in Space