North Korea conducted its fifth and largest nuclear test explosion last month, prompting a number of world leaders to condemn the action and call for additional sanctions on Pyongyang over its illicit nuclear activities.

Seismic stations picked up activity on Sept. 9 indicating an underground explosion emanating from North Korea’s nuclear test site, Punggye-ri, in the northeastern part of the country around 9 a.m. local time. North Korea confirmed that the seismic activity was caused by a nuclear explosion in a statement released several hours later and said that the test demonstrated the “toughest will” of the state to retaliate against enemy provocations. 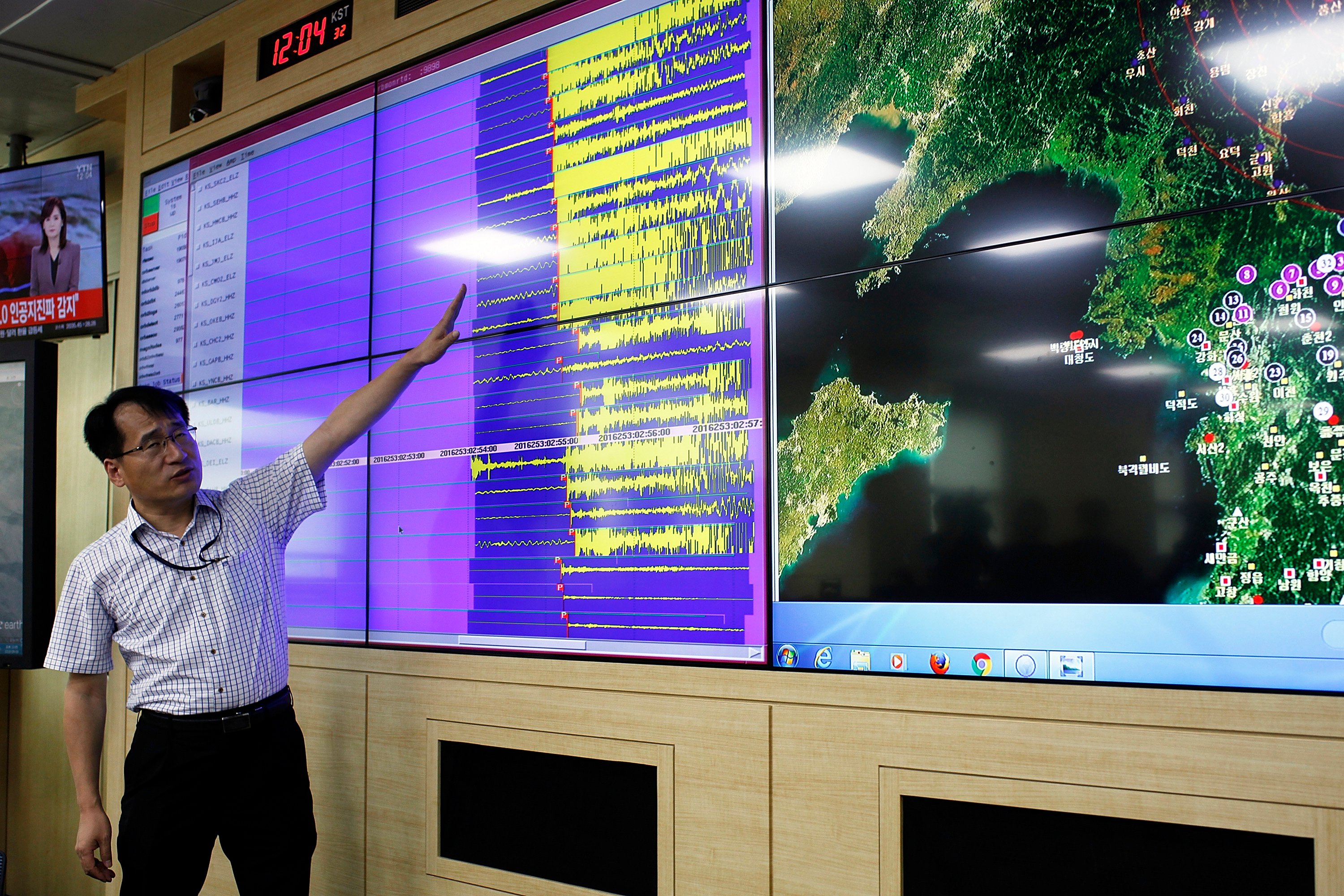 The test was North Korea’s second this year, having tested a slightly smaller device in January. North Korea also tested nuclear devices in 2006, 2009, and 2013. North Korea is prohibited from conducting nuclear tests under the terms of various UN Security Council resolutions dating back to Resolution 1718 in 2006.

South Korean President Park Geun-hye said in response that North Korea will “face even stronger international sanctions and isolation” as a result, and the foreign ministry said that the government will maintain “a high readiness posture” against further provocations from North Korea.

Based on that, experts assess that the explosive yield was 10 to 20 kilotons. The test North Korea conducted earlier this year was recorded at magnitude 4.85 and was estimated to have a yield of six to 10 kilotons. (See ACT, January/February 2016.)

The Nuclear Weapons Institute of North Korea said in a statement in the state-run Korean Central News Agency that the successful test “examined and confirmed” the structure and features of a warhead and that the warhead “has been standardized to be able to be mounted on strategic ballistic missile rockets.”

The statement said that the “standard-ization of the nuclear warhead will enable [North Korea] to produce at will and as many as it wants [of] a variety of smaller, lighter, and diversified nuclear warheads.”

Experts generally assess that North Korea has enough plutonium for six to eight nuclear weapons and could fit a nuclear warhead on a short- or medium-range ballistic missile, although the reliability of the delivery system and warhead detonation would be questionable. (See ACT, June 2014.) North Korea may also be producing highly-enriched uranium for weapons and could have enough weapons-grade material for eight to 10 additional warheads.

The council convened an emergency meeting the same day on the request of Japan. Samantha Power, U.S. ambassador to the United Nations, called for new UN sanctions and said that all states must work to vigorously implement sanctions imposed under past resolutions. The call for additional sanctions was echoed by a number of other members of the council, including France, Japan, and the United Kingdom.

Speaking to press, Vitaly Churkin, Russia’s UN ambassador, called first for a condemnation of the test and said that discussing additional measures to take against North Korea could come later.

Liu Jieyi, China’s UN ambassador, joined in the condemnation of the test, but did not mention sanctions when he spoke to reporters. Liu said all sides should refrain from “mutual provocation” and actions that might “exacerbate the situation.” China opposes the agreement made between South Korea and the United States to deploy missile defenses in South Korea to protect against North Korean ballistic missiles. (See ACT, September 2016.)

Joel Wit, a former U.S. State Department official who has negotiated with North Koreans, said on Sept. 9 that although the United States should pursue sanctions and protect U.S. allies in the region, “the sanctions road is a dead end.” Wit, a senior fellow at the U.S.-Korea Institute at Johns Hopkins University, said that the “current approach is guaranteed to fail and Pyongyang will keep on testing.”

The current U.S. policy on negotiations with North Korea, commonly known as strategic patience, requires Pyongyang to take steps toward denuclearization before talks begin while increasing pressure on the regime through sanctions. (See ACT, January/February 2013.)

North Korea’s nuclear test has been accompanied by a number of missile and rocket engine tests.

On Sept. 20, North Korea conducted a rocket engine test at its Sohae Satellite Launching Station that it said will be used for a new space-launch vehicle. North Korea is prohibited from conducting space launches under UN Security Council resolutions because the technology is applicable to ballistic missile development, but Pyongyang does not abide by the prohibition and most recently launched a satellite on Feb. 7. (See ACT, March 2016.)

An analysis of the test by aerospace engineer John Schilling, published on Sept. 21 by 38 North, an online publication of the U.S.-Korea Institute, described the rocket engine as “substantially larger and more powerful than anything North Korea has tested before.”

In the past year, North Korea has upgraded the Sohae site to accommodate larger space-launched vehicles, but has yet to display any new systems. Schilling said that North Korea’s rocket engine tests demonstrate that Pyongyang can build rockets to its own requirements and are no longer “limited to what can be cobbled together from old Russian cold-war leftovers.”

North Korea conducted missile tests on Sept. 5 that included the simultaneous launch of two Scud missiles with extended ranges, known as the Scud-ER.

North Korea launched three Scud-ERs, two of which were fired within one second of each other and 30 seconds after the first launch. All three flew about 1,000 kilometers before splashing down 240 kilometers off the coast of Japan in waters claimed by Tokyo as its economic exclusion zone. The trajectories of the first and third missile were nearly identical.