The last remnants of Libya’s chemical weapons program have been shipped out of the country, removing the threat that the precursor chemicals could be captured and weaponized by a militia or terrorist group.

Ahmet Üzümcü, director-general of the Organization for the Prohibition of Chemical Weapons (OPCW), said in a Sept. 8 press release that a Danish ship transported Libya’s remaining stockpile of chemical weapons precursors to Germany for destruction. 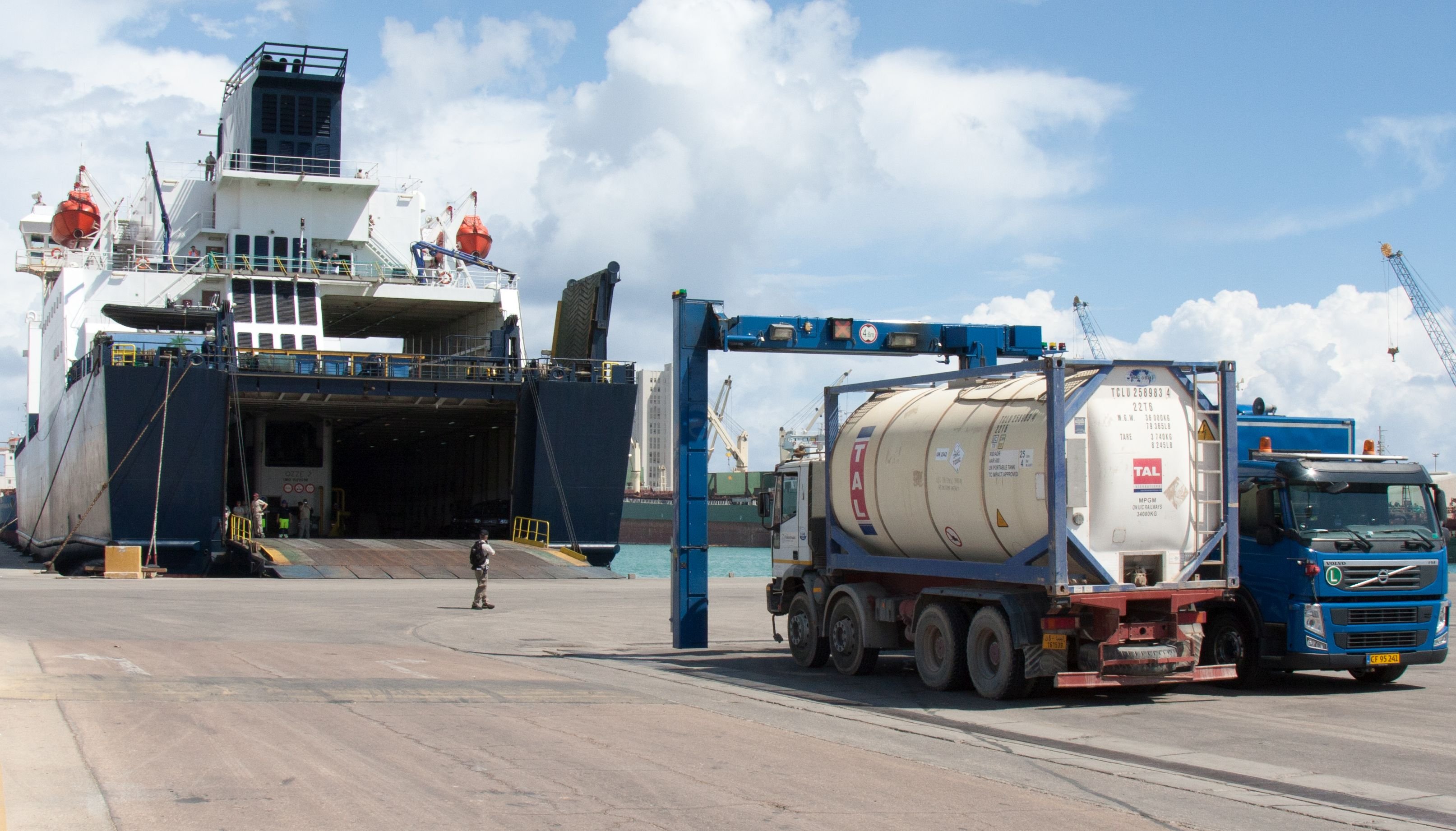 Libya requested in February that the OPCW, the body charged with overseeing implementation of the Chemical Weapons Convention (CWC), provide in-country assistance in destroying the precursors. Then in July, Libya requested that the precursors quickly be moved outside of the country for elimination due to concerns that they could fall into the hands of nonstate actors amid fighting by rival militias.

On July 20, the OPCW Executive Council approved the request for assistance and directed Üzümcü to work with the Libyan government on a plan to move the precursors out of the country and destroy them. The OPCW decision was endorsed by the UN Security Council in Resolution 2298 on July 22.

Paul Walker, director for environmental security and sustainability at Green Cross International, said in a Sept. 14 email that if the precursors of more than 500 metric tons of phosphorus trichloride and 2-chloroethanol were not removed, they could have been stolen by terrorists and used to produce chemical agents or, more likely, used as “toxic dual-use chemicals” in terrorism operations. Walker, also a member of the Arms Control Association Board of Directors, said that “the timely removal of these dangerous chemicals precludes any further possible risks of terrorist misuse.”

The precursors were part of a larger Libyan chemical weapons program run by the regime of then-leader Moammar Gaddafi. After the United States toppled Iraqi leader Saddam Hussein ostensibly over the issue of Iraqi weapons of mass destruction, Libya joined the CWC in 2004, declared the size of its chemical weapons stockpiles to the OPCW, and began destroying the chemicals in October 2010.

After the fall of the Gaddafi regime, the new Libyan government declared additional quantities of Category 1 chemicals to the OPCW. (See ACT, June 2012.) The stockpiles declared in November 2011 and February 2012 were omitted from Libya’s initial declarations when it ratified the CWC.

Libya initially raised the issue of international assistance in removing the precursors during the international effort to remove chemical weapons from Syria in 2013-2014, but other countries said that the precursors posed little threat, Walker said. “However, more recent violence not far from Libya’s chemical stocks raised alarm bells again in 2015-16, and fortunately Libya was able to move the chemicals to a port,” he said. 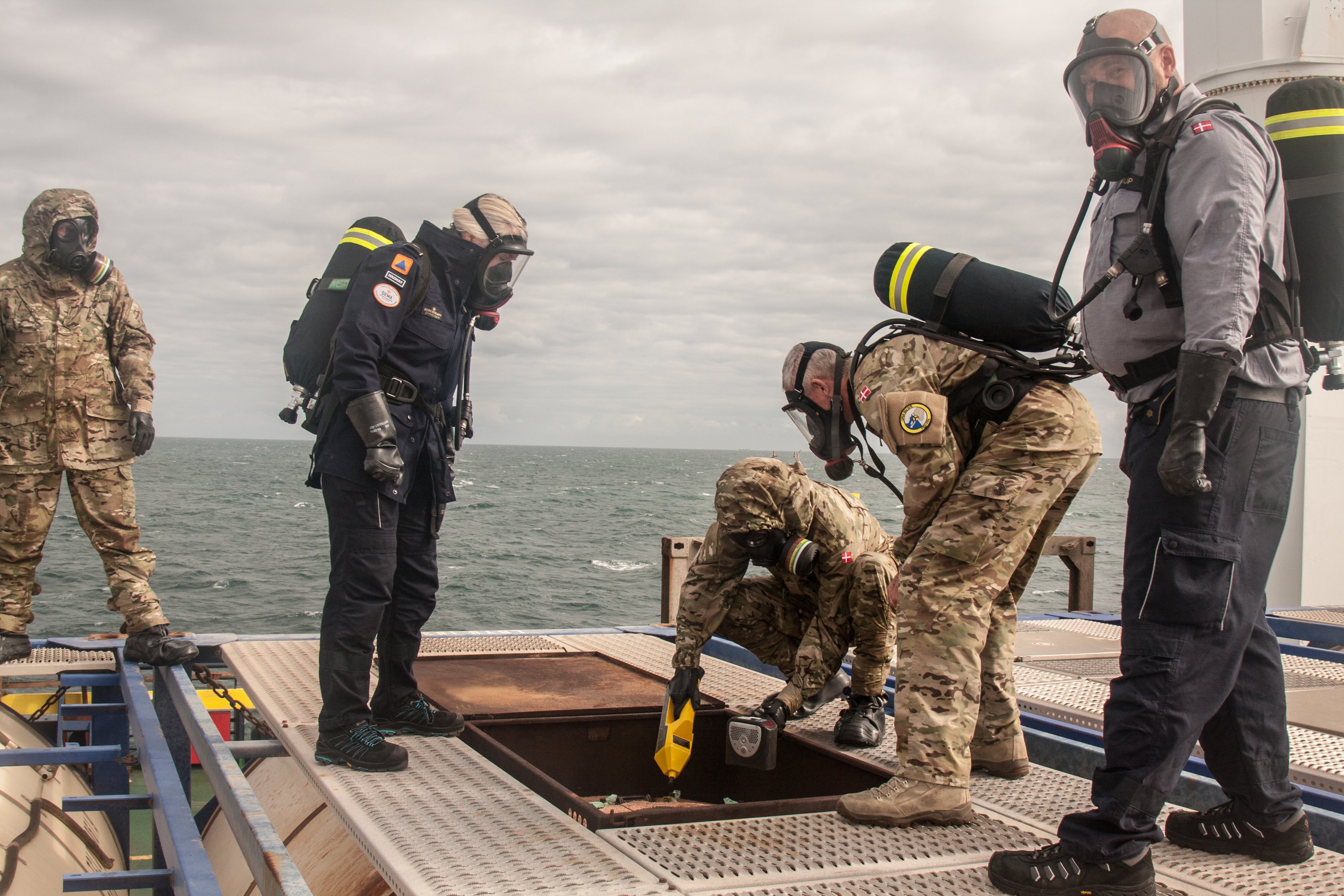 The destruction of Syria’s chemical weapons outside of Syria set a precedent for transporting the precursors out of Libya for destruction. The CWC normally requires a state to destroy stocks within their territory.

A number of countries contributed financial and technical support for the transport of chemicals from Libya to Germany for destruction. The state-owned German company GEKA will handle the destruction at a specialized facility in Munster under OPCW monitoring.

Elizabeth Trudeau, director of the press office at the U.S. State Department, said in a Sept. 9 press briefing that the United States fully supported the Libyan request for international assistance and contributed $5 million and logistical support for the international effort.

Denmark led a multicountry operation to ship the precursors from the Libyan port of Misrata to Bremen, Germany. A Danish ship collected the chemicals on Aug. 27, with the United Kingdom providing a military escort ship and Finland and Italy providing additional support.

Danish Foreign Minister Kristian Jensen said in an Aug. 31 statement that Denmark was proud to contribute to an effort to “support a more stable Libya” and a “safer world free of chemical weapons.” Jensen noted that the removal of the chemicals from Libya “ensured that they will not fall into the wrong hands.”

The elimination of the Libyan chemical weapons program “marks an important step forward in completing safe and irreversible destruction of national stockpiles of chemical weapons,” he said.

The Libyan and Syrian cases demonstrate that the international community can organize to “rid the world of dangerous arsenals in a timely and safe manner,” Walker said. Yet, four countries—Egypt, Israel, North Korea, and South Sudan—remain outside of the CWC and some of them are “suspected” of having chemical weapons arsenals, “so we still face obstacles in truly universalizing the abolition regime,” he said.