Foreign ministers and representatives from more than 69 states and international organizations gathered in Vienna on June 13-14 for a special meeting to mark the 20th anniversary of the opening for signature of the Comprehensive Test Ban Treaty (CTBT) and to explore options for advancing its entry into force. Following a visit from the head of the Comprehensive Test Ban Treaty Organization (CTBTO) to Jerusalem on June 20, the Israeli government pledged to ratify the treaty “at the right time.”

In his welcoming remarks, Lassina Zerbo, the executive secretary of the CTBTO Provisional Technical Secretariat, noted that “we cannot really approach the anniversary as a cause for celebration. Until it enters into force, the CTBT is unfinished business. Until we finish what we started, there is a risk that the world will backslide into nuclear testing.” 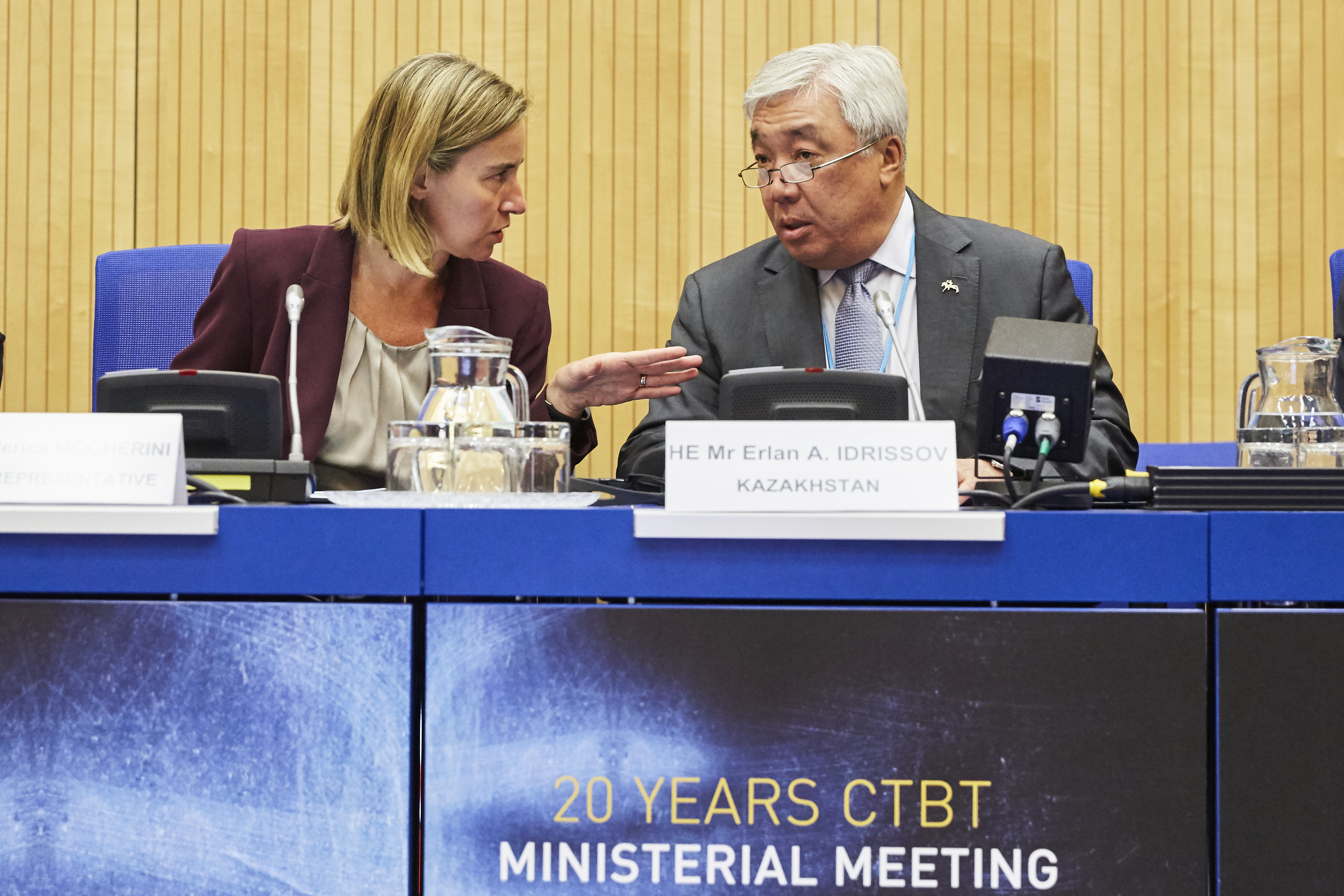 The gathering included a message from UN Secretary-General Ban Ki-moon and formal public statements from treaty signatories and nonsignatory Pakistan, as well as a closed ministerial roundtable discussion.

Speaker after speaker expressed support for the prohibition on nuclear test explosions, praised the significant advances in operationalization of the global monitoring systems to verify compliance with the treaty, condemned North Korea’s ongoing nuclear testing, and called for action from the remaining eight states listed in Annex 2 of the treaty that must still ratify to trigger formal entry into force: China, Egypt, India, Iran, Israel, North Korea, Pakistan, and the United States.

Only a few ministers, however, offered new proposals for catalyzing progress or new arguments for why the remaining holdout states should ratify. EU foreign policy chief Federica Mogherini suggested the CTBT could contribute to the realization of a Middle Eastern zone free of nuclear weapons, all other weapons of mass destruction, and their means of delivery.

“As a stepping-stone towards this long-term objective, a ‘nuclear-test-free zone’ could be created in the Middle East, by way of CTBT ratifications by the remaining states of the region,” Mogherini said.

New Zealand’s ambassador in Vienna, Deborah Geels, pledged that her delegation would work in “close cooperation” with Australia and Mexico to bring forward a “strong and supportive” resolution at the UN General Assembly this year.

Kazakhstan's Foreign Minister Erlan Idrissov, in the ministers’ roundtable discussion, raised the possibility of the UN Security Council taking up the issue of the CTBT later this fall with the goal of encouraging entry into force and reinforcing the norm against nuclear testing. 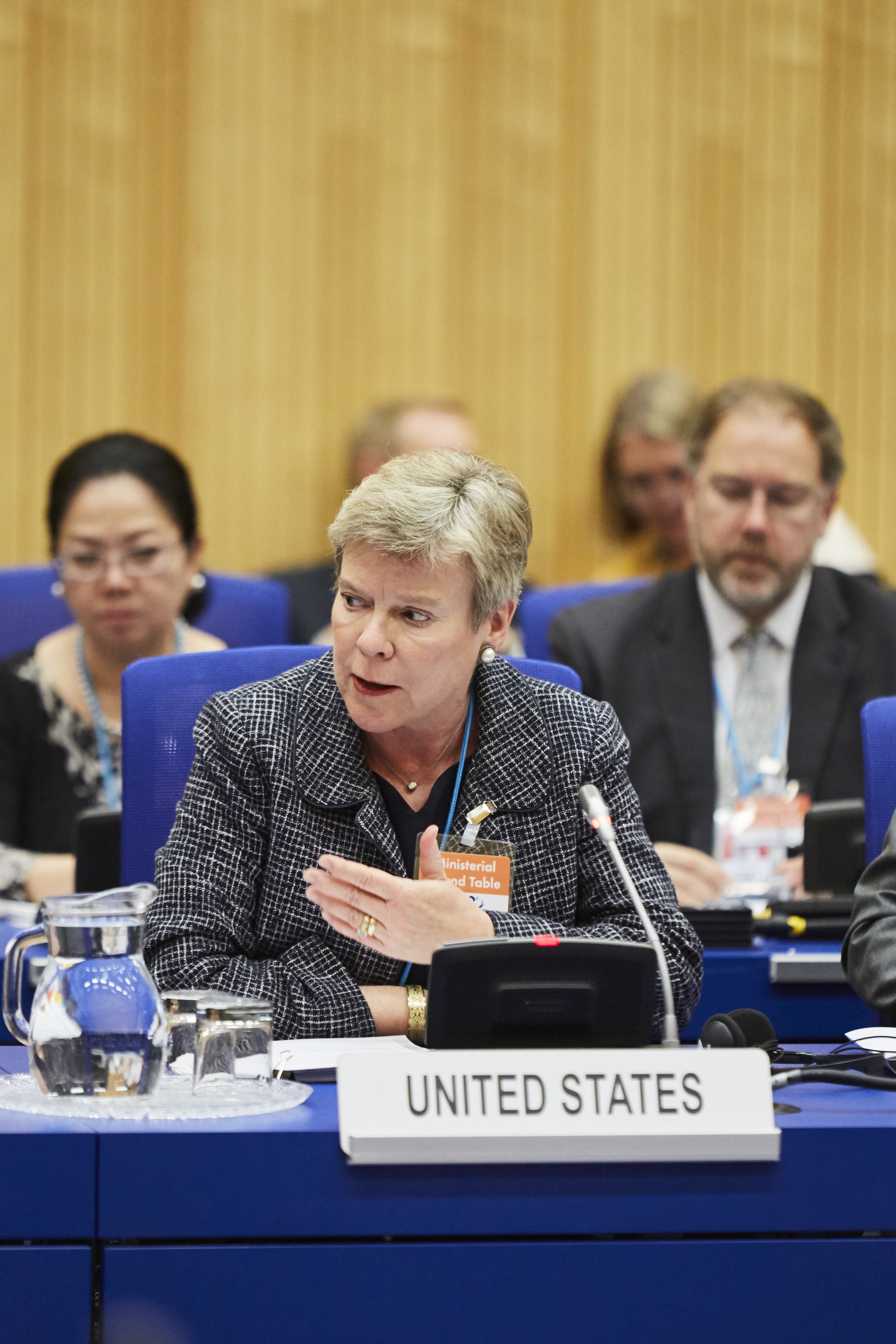 The United States did not send a cabinet-level official to the meeting, which prompted other members of the group of five original nuclear-weapon states to downgrade their level of representation, according to diplomatic sources. Instead, Rose Gottemoeller, U.S. undersecretary of state for arms control and international security, read a written message from President Barack Obama in which he said that the treaty’s “full potential has not been fulfilled.”

In her own statement, Gottemoeller also said that “the United States acknowledges that we have not completed our work on ratification and that our delay gives cover to other Annex 2 countries who have also failed to secure ratification of the Treaty.”

She told the meeting, “[W]e are building support for this Treaty, state by state, and sometimes person by person, because we know that a global ban on nuclear explosive testing is good for our country. We are certain that we have a good case to make. We will continue to make it.” But on June 6, at the Arms Control Association annual meeting in Washington, Benjamin Rhodes, assistant to the president and deputy national security adviser for strategic communications, said bluntly, “Senate ratification of CTBT is not going to happen this year.”

“Following the 2010 midterm elections,” Rhodes said, “the composition of the Senate changed, leaving us with no viable path for [the] CTBT.”

Rhodes added, however, that “we will continue to consider ways to affirm the international norm against testing nuclear weapons.”

In his remarks at the Vienna meeting, Mikhail Ulyanov, director of the department for nonproliferation and arms control in the Russian Ministry of Foreign Affairs, reiterated Moscow’s support for the treaty, which it ratified in 2000, and chided the United States for its failure to ratify.

“Unfortunately, despite repeated statements on plans to ratify [the] CTBT and facilitate its soonest entry into force…no concrete steps in this direction have been made,” he said.

Echoing the U.S. comments on its ratification situation, Chinese Vice Minister of Foreign Affairs Li Baodong pledged that the Chinese government “will continue to encourage the National People's Congress to discuss the ratification of the treaty…and continue to enhance public recognition and support for the Treaty.”

Baodong also announced that China has “made progress” through cooperation with the CTBTO on building and certifying the five seismic monitoring stations on its territory that are part of the International Monitoring System. CTBTO officials told Arms Control Today that as of June 13, data from these stations had begun to flow to their International Data Centre (IDC) in Vienna.

Iranian representative Hamid Baeidinejad, the foreign ministry’s director-general of international political and security affairs, asserted that the nuclear-weapon states “bear the main responsibility in entry into force.” Iran has signed the treaty, but has not ratified it and does not allow data from monitoring stations on its territory to be transmitted to the IDC.

Following a meeting in Jerusalem on June 20 with Zerbo, Israeli Prime Minister Benjamin Netanyahu issued a statement expressing Israel’s support for the treaty, adding that “the issue of ratification depends on the regional context and the appropriate timing.” Netanyahu signed the treaty in 1996.

Key ministers from CTBT states-parties plan to convene again in New York in September to mark the Sept. 24 anniversary of the treaty opening for signature.