“What's really strikes me about ACA is the potential to shape the next generation of leaders on arms control and nuclear policy. This is something I witnessed firsthand as someone who was introduced to the field through ACA.”
– Alicia Sanders-Zakre
ICAN
June 2, 2022
Hill Urges Military Response on INF Pact 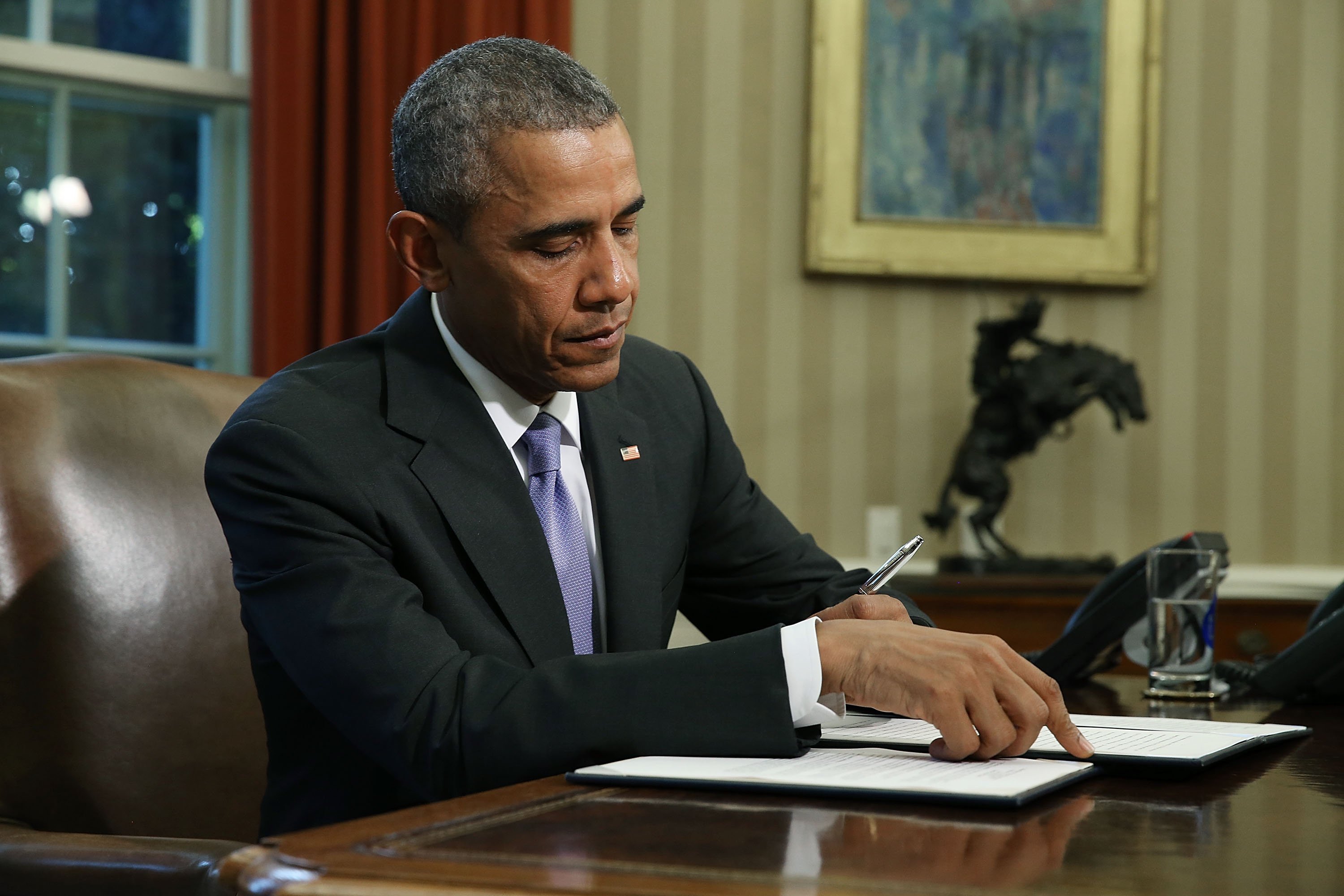 Congress voted in October to push the Defense Department to take the first steps toward developing military capabilities in response to Russia’s alleged violation of the Intermediate-Range Nuclear Forces (INF) Treaty, even if the testing and deployment of those capabilities would violate the treaty.

President Barack Obama vetoed the bill Oct. 22 over an unrelated budget issue, but the provisions on the INF Treaty and certain other issues relating to nuclear weapons are expected to resurface in light of a deal between Congress and the White House that resolves their differences over the budget issue.

The State Department reiterated earlier this year that Russia is violating its INF Treaty obligations “not to possess, produce, or flight-test” a ground-launched cruise missile (GLCM) with a range of 500 to 5,500 kilometers or “to possess or produce launchers of such missiles.” (See ACT, July/August 2015.)

The defense authorization bill calls for a plan for the development of three kinds of response capabilities to address the noncompliance concern: “active defenses to counter” INF Treaty-range GLCM attacks and two types of additional offensive capabilities to match or threaten the Russian missiles. Those three response options mirror the ones the Defense Department has said it already is developing and analyzing. (See ACT, January/February 2015.)

The offensive forces that the bill contemplates are “[c]ounterforce capabilities” and “[c]ountervailing strike capabilities.” In both cases, the bill specifies that the Pentagon should consider the option “whether or not such capabilities are in compliance with the INF Treaty.”

But the legislation provides the Defense Department with the latitude to pursue response options that would not run afoul of the pact.

The bill also mandates that, in making a recommendation on a response capability, the department should give priority to those that could be fielded in two years. Funding to develop any new capabilities would have to be approved by lawmakers through the appropriations process.

The policy provision on the INF Treaty incorporates elements that were contained in the original House and Senate versions of the authorization legislation. The House version, approved on May 15, included $25 million for the purpose of developing military response capabilities, but the final bill does not provide a specific amount for this purpose.

In testimony at a House Armed Services Committee hearing on June 25, Adm. James Winnefeld, vice chairman of the Joint Chiefs of Staff, warned against a “rush into a definitive” military response to Russia’s alleged violation of the INF Treaty “because we would like to bring Russia back into this treaty.”

Deputy Defense Secretary Robert Work recently said the allegedly noncompliant Russian missile “is in development” but “has not been fielded yet.”

At a Senate Armed Services Committee hearing on Sept. 29, Work said that the Obama administration was still in the midst of “negotiating” how to respond but that if Russia fielded a system that violates the INF Treaty, he would “expect” the United States to pursue one of the three options the Defense Department outlined.

In his statement explaining the veto, Obama declared his strong opposition to the way the bill attempts to circumvent the spending cap on defense for fiscal year 2016 as detailed in the 2011 Budget Control Act.

Disagreement between the White House and Republican lawmakers over government spending also has stymied the passage of fresh appropriations bills for fiscal year 2016.

On Oct. 26, the White House and key congressional leaders announced that they had reached a deal on new spending levels for fiscal years 2016 and 2017. The House and Senate approved the agreement on Oct. 28 and Oct. 30, respectively.

Some key lawmakers expect the authorization bill to be revised to match the funding levels in the deal while retaining most of the current bill’s policy provisions. Sen. John McCain (R-Ariz.), chairman of the Senate Armed Services Committee, told reporters in Washington on Oct. 26 that revising the bill would not “take much time.”

The defense authorization bill requires the Defense Department to designate a preferred location on the U.S. East Coast for a third missile defense interceptor site to augment defenses against a limited intercontinental ballistic missile (ICBM) attack. Under the bill, the Pentagon must make that decision within a month of the completion of environmental impact studies of possible sites mandated by Congress in the fiscal year 2013 defense authorization act.

The defense bill requires the Pentagon to develop a plan to accelerate the construction in the event the U.S. government decides to proceed with a third site, and it authorizes $30 million to begin site planning and design once the environmental studies are finished.

The Defense Department announced in January 2014 that it would conduct environmental impact studies for four possible missile defense sites in the eastern United States, as directed by Congress. The department said the studies would take approximately 24-30 months to complete. (See ACT, March 2014.)

Department officials continue to reiterate that no decision has been made to move forward with an additional long-range missile defense site and that money would be better spent to upgrade the existing Ground-Based Midcourse Defense system to counter long-range ballistic missiles.

Another provision in the authorization bill requires the director of the Pentagon’s Missile Defense Agency to evaluate a space-based missile defense option for the United States. The provision mandates a study assessing how such a defense would function and how it could contribute to defending against ICBM attacks.

In addition, the provision requires a report summarizing the results of the study and a plan for creating one or more developmental programs for space-based missile defense and estimates of the costs of each of these potential programs.

The final bill does not include a requirement contained in the original House bill that would have mandated the start of research and development of a space-based defense system.

The House bill barred spending any money on fixed-site radiological detectors for use in foreign countries to detect nuclear smuggling. The final bill would instead authorize the requested funding for these detectors after the completion by the director of national intelligence of a report on how well the detectors address nuclear proliferation and smuggling threats.

Similarly, the House bill barred the use of $3 million in requested fiscal year 2016 funding to develop certain advanced technologies for arms control verification and monitoring activities, but the final bill would allow the funds to be spent after the NNSA submitted a report on the technologies being developed.

On weapons dismantlement, the House bill would have set an annual limit of $50 million for NNSA expenditures in fiscal years 2016 to 2020 on dismantlement and disposal of retired nuclear warheads unless certain stringent conditions could be met. The final bill includes a $50 million limit only for fiscal year 2016.

The final bill also prohibits the use of fiscal year 2016 funds to dismantle the W84 nuclear warhead, which had been deployed on U.S. GLCMs that were destroyed under the INF Treaty. It was not clear if that ban was intended to preserve the option of deploying the W84 as part of the U.S. response to Russia’s alleged violation of the INF Treaty.