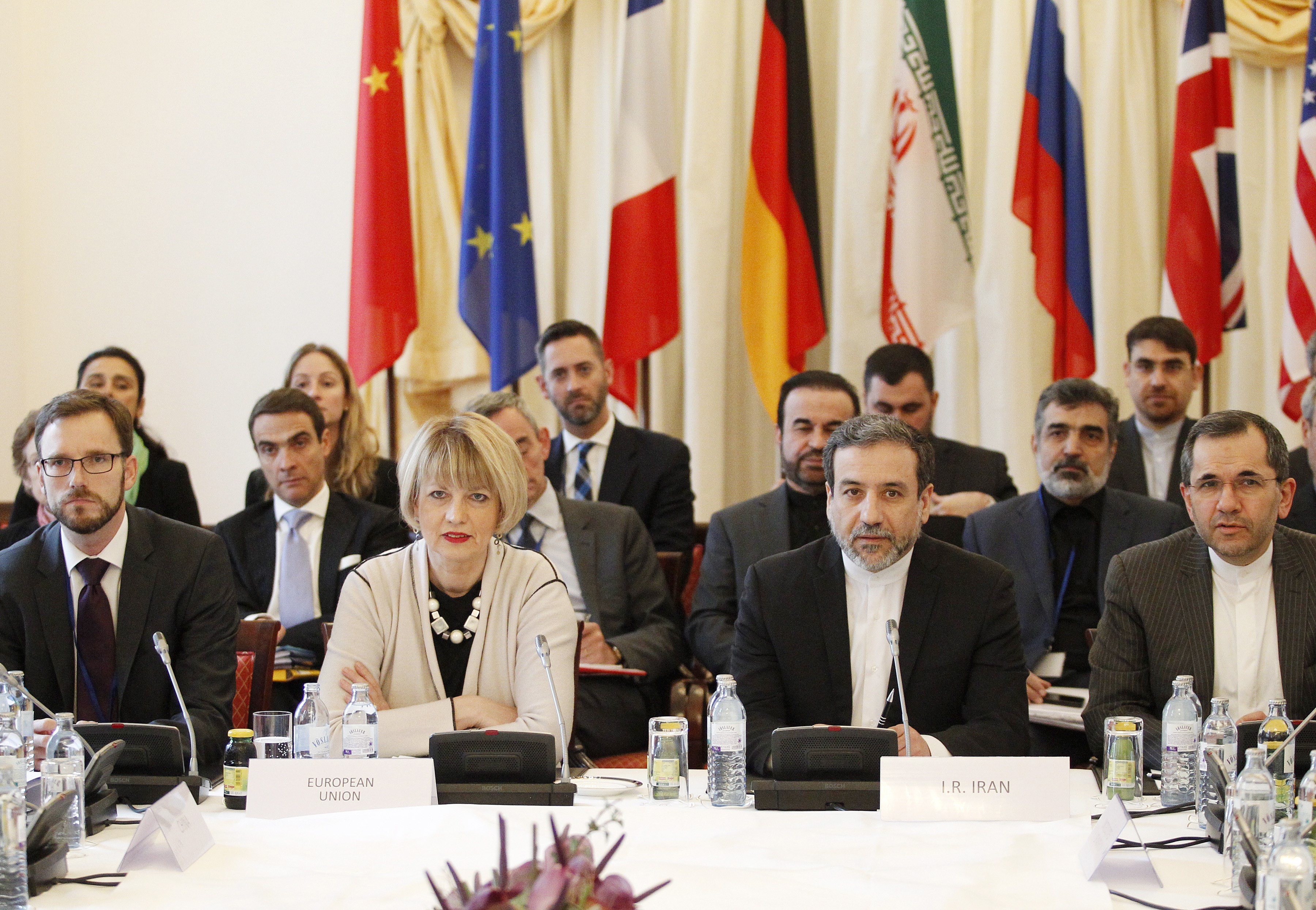 Iran and the six-country group known as the P5+1 formally adopted their July 14 nuclear deal last month and began taking steps to implement their respective commitments.

In an Oct. 18 joint statement marking Adoption Day, as the agreement calls it, Iranian Foreign Minister Mohammad Javad Zarif and Federica Mogherini, EU foreign policy chief and head negotiator for the P5+1, said that “all sides remain strongly committed to ensuring” implementation of the deal and “will make all the necessary preparations.”

The agreement specified that formal adoption was to take place 90 days after the UN Security Council passed a resolution endorsing the deal, which the council did on July 20.

After the Oct. 18 formal adoption, Iran began taking steps to restrict its nuclear program while the P5+1 (China, France, Germany, Russia, the United Kingdom, and the United States) took initial steps to provide Iran with relief from nuclear-related sanctions.

In an Oct. 18 statement marking the adoption of the deal, U.S. President Barack Obama called the day “an important milestone toward preventing Iran from obtaining a nuclear weapon” and said he had directed the government to begin preparations to provide relief from the sanctions.

The European Union also issued a statement on Oct. 18 noting that it adopted the legislative framework to lift its nuclear-related sanctions on the deal’s Implementation Day.

Under the terms of the deal, Implementation Day is to occur when the International Atomic Energy Agency (IAEA) certifies that Iran has taken certain steps to restrict its nuclear program and put in place increased monitoring. That determination brings U.S. waivers into effect and triggers the lifting of EU and UN sanctions.

The steps that Iran must take include reducing the number of installed centrifuges from more than 19,000 to 6,104 first-generation machines, reducing its stockpile of enriched uranium to no more than 300 kilograms, removing and disabling the core of the Arak reactor to prevent it from producing weapons-grade plutonium, and allowing additional monitoring and transparency measures on its nuclear program. (See ACT, September 2015.)

Ali Akbar Salehi, head of the Atomic Energy Organization of Iran (AEOI), told reporters on Oct. 17 that the exact timing of Implementation Day is unknown at this point but that Iran can complete its commitments by the end of the year.

Richard Nephew, a former State Department official who was part of the team that negotiated with Iran, said in an Oct. 19 e-mail that he thinks “the careful removal, decontamination and storage” of Iran’s excess centrifuges will be the most difficult task.

Iran currently has more than 19,000 centrifuges installed at two facilities, Natanz and Fordow, of which about 10,200 are currently enriching uranium to reactor-grade levels, or about 3.67 percent uranium-235, according to Iran and the IAEA.

Under the deal, Iran must cut its number of centrifuges to 6,104, of which 5,060 will enrich uranium to reactor-grade levels for the first 10 years of the deal at the Natanz site. The remaining 1,044 machines will be at Fordow, which is to be repurposed for isotope research.

On the question of the time that will be required to complete the removal and storage of the centrifuges, Nephew, now at Columbia University, said that he cannot conceive “of a careful effort that takes less than four months,” given the “physical dimensions of the spaces” where the centrifuges are installed, the size and sensitivity of the machines, and the number that must be removed.

He said it is possible to do the job more quickly “but that will require reckless maneuvers with the centrifuges” that would be surprising for the AEOI. The AEOI oversees Iran’s nuclear facilities and will be responsible for implementing many of the steps under the deal.

Iranian Deputy Foreign Minister Abbas Araqchi said on Oct. 19 that Iran would begin removing centrifuges when President Hassan Rouhani issued an order to the AEOI to implement its nuclear commitments.

Araqchi also said that Iran, the United States, and China worked together on a plan for the modernization of the Arak reactor.

Under the terms of the deal, the core of the unfinished reactor must be removed and destroyed before Iran receives any sanctions relief. The reactor will be modified to produce much smaller amounts of plutonium in its spent fuel. If the reactor had been completed as designed, it would have been able to produce enough plutonium for about two weapons a year.

Chinese officials have said they will work with Iran at the Arak site to modify the reactor.

Araqchi spoke to reporters in Vienna after the first meeting of the joint commission set up by the nuclear deal to oversee the accord’s implementation and resolve any disputes between the parties.

In a press briefing two days before the Oct. 19 meeting, a senior U.S. official said setting up the working groups for the commission was on the meeting agenda.

The text of the deal calls for the joint commission to set up several working groups, including ones to monitor the modification of the Arak reactor and Iran’s procurement of any materials and equipment that could be used for its nuclear program.

The United States was represented at the meeting by Thomas Shannon, State Department counselor, and Stephen Mull, a former ambassador to Poland. Mull was appointed lead coordinator for Iran nuclear implementation on Sept. 17 by Secretary of State John Kerry.

The IAEA announced on Oct. 15 that Iran had complied with its obligations under a separate July 14 agreement between Tehran and the agency, which laid out a schedule for completing the IAEA’s investigation of Tehran’s past activities allegedly related to developing a nuclear weapon.

The agency’s Oct. 15 statement said that all of the activities specified in its agreement with Iran were completed on schedule and that the IAEA would provide its board of governors by Dec. 15 with a report assessing Iran’s past activities.

The IAEA listed its concerns that Iran was pursuing activities related to nuclear weapons development in an annex to the November 2011 quarterly report on Iran’s nuclear program. (See ACT, December 2011.)

According to the agreement with the P5+1, Tehran needed to comply with the IAEA probe before the deal could be formally adopted.

In an Oct. 19 speech in Tehran, Ali Larijani, the speaker of the Iranian parliament, called on the IAEA to respect the confidentiality of its communications with Iran.

Larijani said that if the IAEA reveals Iran’s “secrets,” then Tehran will “change the quality” of its cooperation with the agency.