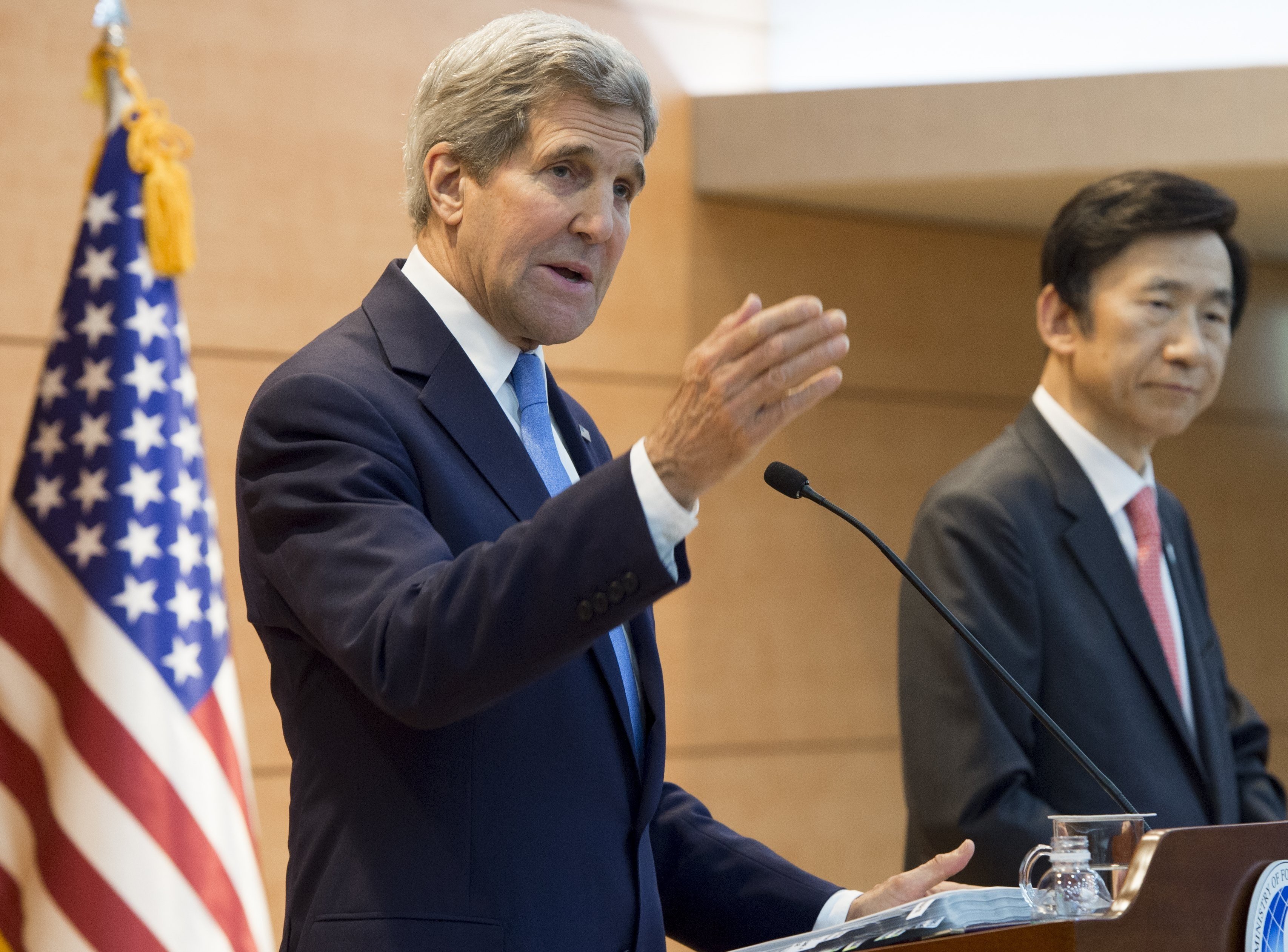 North Korea claimed it launched a ballistic missile from a submarine last month, but some Western analysts contend that the missile was ejected from a submerged barge.

Pyongyang’s official Korean Central News Agency (KCNA) said that the May 9 test was a successful “underwater test fire” of a “strategic” ballistic missile from a submarine. The missile traveled about 150 meters before crashing into the sea, the KCNA said.

North Korea is prohibited from testing ballistic missiles by several UN Security Council resolutions. U.S. State Department spokeswoman Marie Harf said on May 11 that the United States is calling on Pyongyang to “refrain from actions that further raise tensions in the region” and to take steps to fulfill its international obligations.

The KCNA did not say where the test took place, but analysts believe it was off the Sinpo South Naval Shipyard, on the eastern shore of North Korea.

Joseph Bermudez, chief analytics officer for AllSource Analysis, wrote in his May 13 analysis for 38 North, an online publication of the U.S. Korea Institute at Johns Hopkins University, that the test was likely an ejection test of a ballistic missile from a submerged barge. Ejection tests are designed to evaluate stabilization systems and the process of underwater launch.

A launch from a submerged barge is “more reasonable in line with assessed North Korean capabilities,” he said. Citing satellite imagery, Bermudez said such a vessel was present at the Sinpo shipyard.

Michael Elleman, who served as a missile expert for the UN team that conducted weapons inspections in Iraq after the Persian Gulf War, said in a May 19 e-mail that the test is likely the “second step in the overall [North Korean] process of developing an SLBM capability.” The United States performed similar “pop-out” tests for the Polaris SLBM program, he said. The first step is ejecting a missile from a launch tube on the ground, Elleman said.

Elleman, who is now with the International Institute for Strategic Studies, said North Korea still must take a number of steps before it can reliably deploy an SLBM. A typical sequence would include additional ejection tests from a submerged barge, land-based tests of the missile, and then a full flight test of the SLBM from the barge and submarine, he said.

At a May 19 event at the Center for Strategic and International Studies (CSIS), Adm. James Winnefeld, vice-chairman of the Joint Chiefs of Staff, said that North Korea is not as far along as its “spinmeisters would have us believe” and remains “many years away” from an SLBM capability.

Elleman said North Korea has “demonstrated a willingness to accept risks for weapons performance and reliability,” so the SLBM could be deployed sooner, but would likely have a reliability of less than 50 percent.

Elleman noted several operational obstacles to North Korean deployment of SLBMs, including developing secure communications with the submarine and establishing a command-and-control system. The latter could be difficult for the Kim Jong Un regime, Elleman said, as most dictators “do not enjoy delegating authorities,” especially with nuclear warheads involved.

U.S. Secretary of State John Kerry said on May 18 during a visit to Seoul that China and the United States are discussing imposing additional sanctions on North Korea because of “recent provocations.” Kerry said the discussions would continue in June. 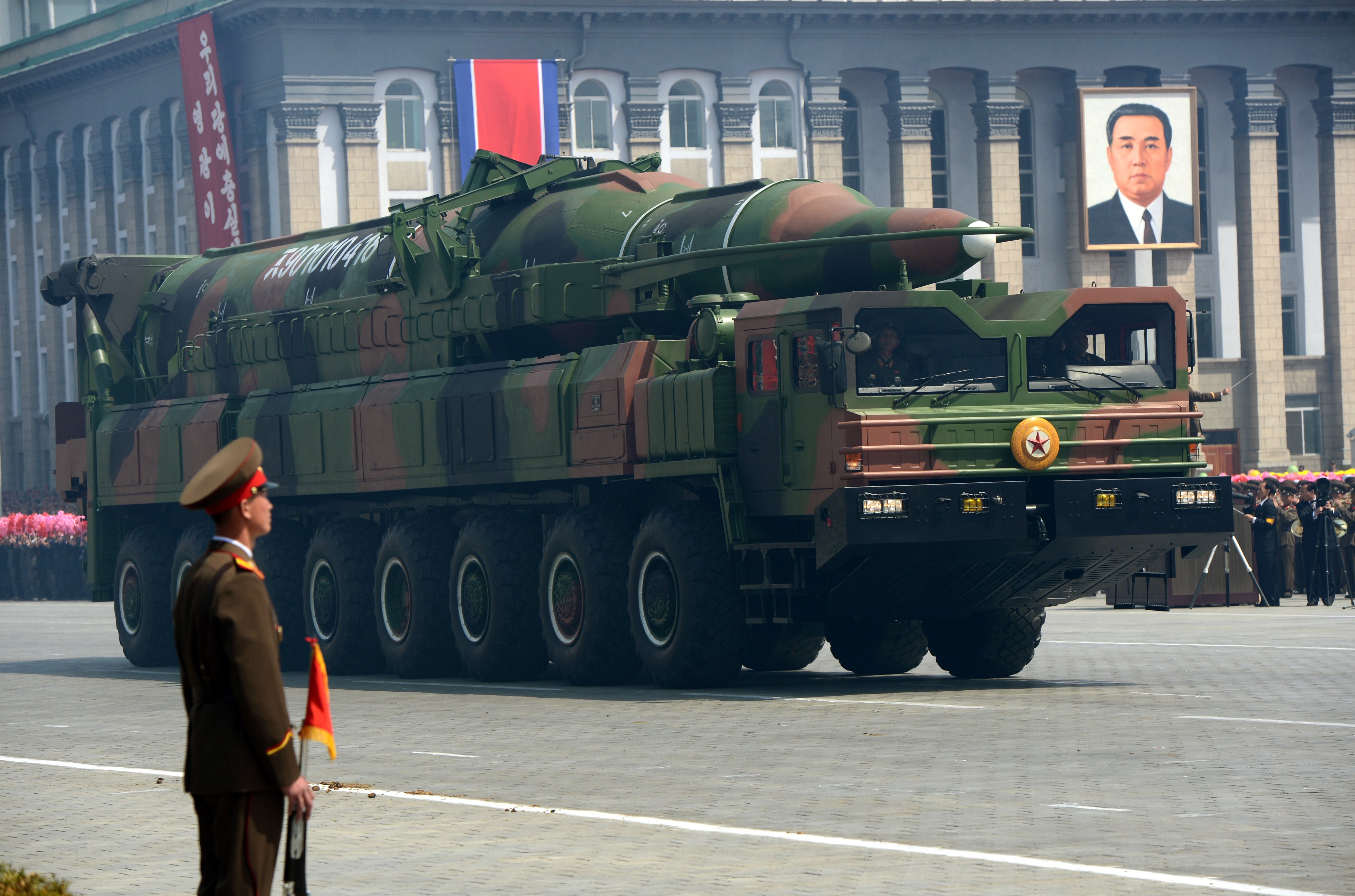 North Korea claims its KN-08, or Hwasong-13, a road-mobile ballistic missile, is capable of reaching the United States with a nuclear warhead. That distance is more than 5,500 kilometers and therefore puts the KN-08 in the ICBM category.

North Korea is estimated to have six to eight plutonium-based warheads and may have additional warheads that use highly enriched uranium.

The KN-08 was first paraded in April 2012. At that time, many analysts said they believed the missile to be a mock-up. (See ACT, March 2013.) Subsequent displays of the missile have featured more-plausible design features, but there is still controversy about the extent of the missile’s development and how close the missile is to operational status. It is not known to have been flight-tested.

A May 20 story on Foreign Policy’s website quoted National Security Council spokesman Patrick Ventrell as saying that the United States does not think that North Korea can miniaturize a warhead to put on a ballistic missile.

But Adm. William Gortney, the head of U.S. Northern Command, told reporters at the Pentagon on April 7 that it is the U.S. assessment that the KN-08 is operational and North Korea could use the missile to shoot a nuclear warhead at the United States.

Elaine Bunn, deputy assistant secretary of defense of nuclear and missile defense policy, said at an April 7 event at CSIS that the “reliability of an untested KN-08 is likely to be very low.”

In the May 19 e-mail, Elleman said that if the KN-08 were deployed today, it would likely “fail more often than not” but that, for deterrence purposes, North Korea “gain[s] considerable dissuasive capacity” by deploying the missile.