"...the Arms Control Association [does] so much to keep the focus on the issues so important to everyone here, to hold our leaders accountable to inspire creative thinking and to press for change. So we are grateful for your leadership and for the unyielding dedication to global nuclear security."
– Lord Des Browne
Vice Chairman, Nuclear Threat Initiative
Bill Allowing Vote on Iran Deal Approved 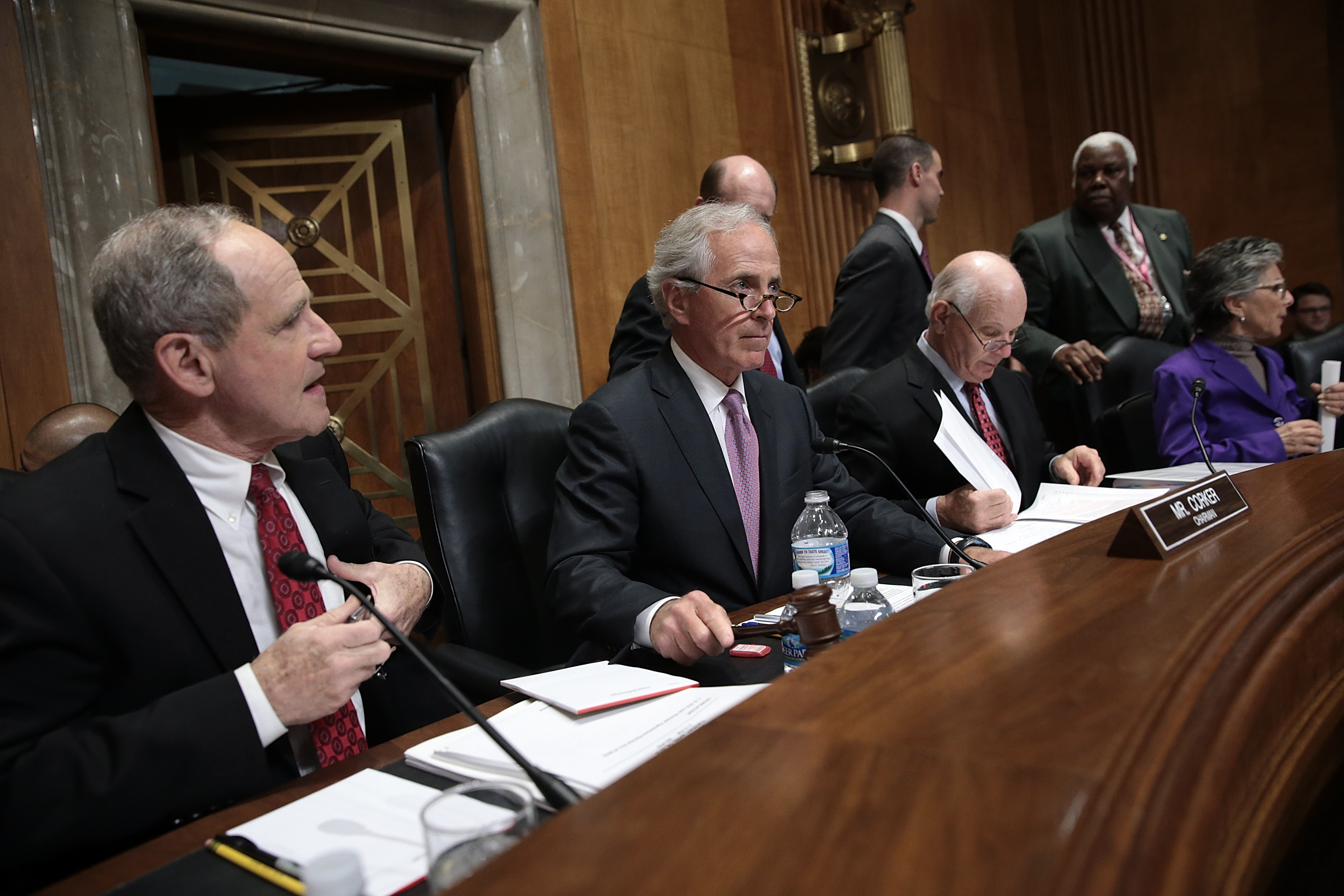 Congress passed legislation last month giving lawmakers an opportunity to vote on a comprehensive nuclear agreement that the United States and its partners are negotiating with Iran. President Barack Obama signed the bill into law May 22.

The White House had objected to an earlier version of the bill, but spokesman Eric Schultz said at a May 15 press briefing that the revised version represents a “reasonable and acceptable compromise.”

The United States and five other world powers—China, France, Germany, Russia, and the United Kingdom—aim to finalize the deal with Iran by June 30 (see, "Iran, P5+1 Make Progress on Nuclear Text").

Votes against the bill came primarily from Republicans, such as Sen. Tom Cotton (R-Ark.) who asserted on May 7 that the bill is not strong enough. He said the Iran deal should be submitted as a treaty, which would require approval by two-thirds of the Senate, rather than as an executive agreement, which does not require congressional approval.

House Speaker John Boehner (R-Ohio) said on May 14 that passage of the legislation will give Congress the opportunity to “stop a bad deal” with Iran.

Obama originally threatened to veto the bill, but dropped his objection to the legislation when Sen. Bob Corker (R-Tenn.), chairman of Senate Foreign Relations Committee and the primary author of the bill, reached a compromise with the committee’s ranking member, Sen. Benjamin Cardin (D-Md.), that removed some of the provisions to which the White House had objected. (See ACT, May 2015.)

The changes also led a number of Democrats who originally had opposed the bill to vote in favor of its passage. They said they supported the bill as long as it was not amended in a way that would damage the negotiations.

Republicans in the House and Senate attempted to amend the legislation to impose additional conditions for sanctions to be waived, such as presidential certifications that Iran is not supporting terrorism. None of these amendments passed, and many were blocked from consideration on the floor of both chambers.

Implications of a Vote

If Congress votes to approve the deal or takes no action, implementation of the agreement begins under the schedule that the pact will set.

If Congress votes to disapprove the nuclear deal, Obama is likely to veto the resolution of disapproval within the 12-day period mandated by the law.

According to the law, sanctions remain suspended for 10 days after a veto, giving Congress time to attempt to override the veto. An override would require a two-thirds majority in each chamber.

Recent action in the House makes it seem unlikely that Congress could override Obama’s veto in the event of a vote of disapproval. On May 7, 150 House Democrats sent Obama a letter expressing support for the Iran negotiations. The 150 signers represent more than one-third of the House’s 435 members.

The letter expresses support for allowing the U.S. negotiating team the “space and time necessary” to finalize a nuclear deal. The letter said that if the United States were to “cause the collapse” of negotiations, a nuclear-armed Iran would be more likely and the sanctions regime would unravel.

One of the authors of the letter, Rep. Lloyd Doggett (Texas), said in a May 7 press release that the letter shows “significant” congressional support for “negotiating a strong, verifiable, final agreement.” The other authors were Jan Schakowsky (Ill.) and David Price (N.C.).

Iran’s parliament, the Majlis, is working on its own legislation giving the members of parliament a voice on the nuclear deal.

Ariane Tabatabai, a visiting professor at Georgetown University teaching a course on Iran and its nuclear program, said in a May 19 e-mail that the Majlis is “closely watching and mirroring congressional actions on the Iran talks.”

Tabatabai said the Majlis bill calls for “fixing certain ‘requirements’ for the negotiations” that are in the April 2 agreement. These fixes include requiring sanctions to be lifted simultaneously with Iranian actions mandated by the agreement, reducing the duration of limits on Iran’s uranium-enrichment capacity to five years, and reducing the monitoring by the International Atomic Energy Agency so that access to military sites such as Parchin, a site that the agency requested to visit, will not be permitted.

Iran and the six world powers agreed in April to the parameters of a final deal. Under that agreement, Iran would limit its uranium-enrichment capacity for 10 years and accept monitoring and verification that would allow some access to military sites.

Tabatabai said a vote on the bill is likely in the next few weeks but that she doubts it will derail the process and affect the talks. She noted that there is some support for the negotiations within the Majlis. Although the bill will add some pressure to the Iranian negotiators to ensure the deal meets certain conditions, the legislation is more about the “Majlis flexing its muscles,” she said.