"I want to thank the Arms Control Association … for being such effective advocates for sensible policies to stem the proliferation of weapons of mass destruction, and most importantly, reduce the risk of nuclear war."
– Senator Joe Biden
January 28, 2004
U.S. Rejects N. Korean Offer on Testing 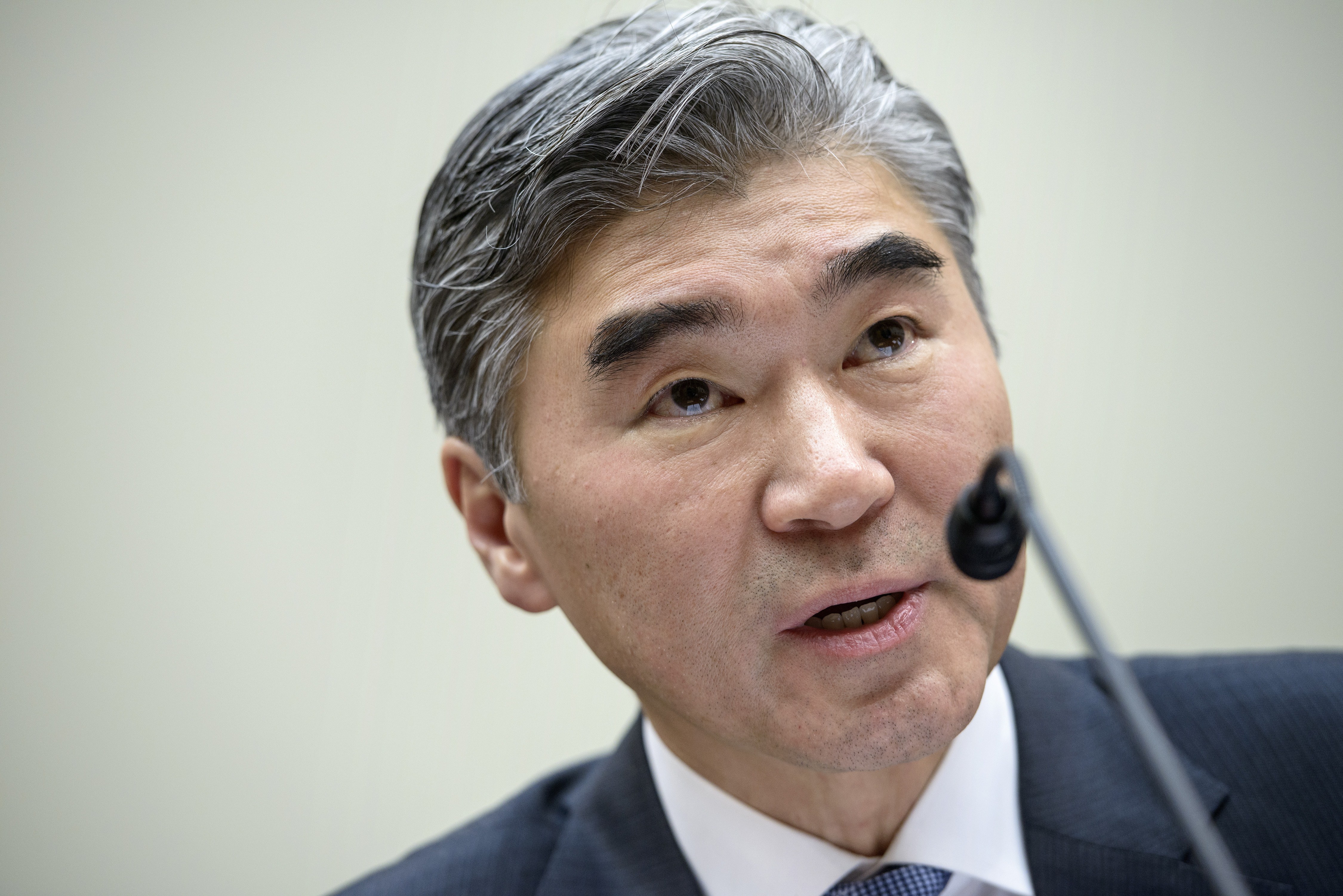 North Korea offered in January to halt nuclear testing if the United States would cancel an annual spring military exercise with South Korea, but Washington rejected the proposal.

The Jan. 9 offer was reported in Pyongyang’s state-run Korean Central News Agency (KCNA), which said that the joint military exercises are a “root cause of escalating tension” on the Korean peninsula. According to the KCNA article, Pyongyang called on the United States to contribute to easing tensions by suspending the exercise. The article said that North Korea would “take a responsive step” in exchange and suspend nuclear testing.

North Korea communicated the offer to the United States using a “relevant channel,” according to the news agency.

State Department spokeswoman Marie Harf said at a Jan. 12 press briefing that the joint exercises will continue and that North Korea’s offer is an “implicit threat” that “inappropriately links” the exercises to the possibility of a nuclear test.

A nuclear test is a “clear violation” of North Korea’s obligations under multiple UN Security Council resolutions, while the joint military exercises are “transparent, defense oriented, and have been carried out regularly and openly for roughly 40 years,” Harf said.

Washington is open to dialogue with North Korea, but Pyongyang must take “steps toward denuclearization” before credible negotiations resume, Harf said.

As part of the so-called six-party talks, which began in 2003 and include China, Japan, Russia, South Korea, and the United States, North Korea pledged in 2005 to dismantle its nuclear weapons program and facilities. In 2009, however, the talks broke down when North Korea said it would no longer participate.

A Chinese analyst said in a Feb. 20 interview that Beijing is “critical of the U.S. decision to reject outright” North Korea’s proposal. The analyst said Washington’s “blindness and arrogance” will not lead to meaningful talks with North Korea. Pyongyang may not offer additional opportunities in the future, he said.

Sung Kim, the U.S. special representative for North Korea policy, said in Jan. 13 testimony to the House Foreign Affairs Committee that the United States has made it clear to North Korea that “the door is open to meaningful engagement” but better bilateral relations must be based on “a willingness” by North Korea to “fulfill its denuclearization commitments.”

North Korea has “consistently rebuffed or ignored” U.S. offers for dialogue and instead responded with provocations, he said.

Since the six-party talks fell apart in 2009, North Korea has conducted two nuclear tests and restarted a heavy-water reactor that produces weapons-grade plutonium.

Experts on North Korea questioned the U.S. assertions that suspending the military exercise is not possible.

Robert Carlin, a former senior policy adviser to the U.S. special representative, said on Feb. 11 that the North Korean proposal has a historical basis because the United States suspended joint military exercises with South Korea in 1992. The United States said at the time that the exercise, dubbed “Team Spirit,” was intended to promote North Korea’s cooperation with international nuclear inspectors.

In February 2012, the United States and North Korea negotiated a deal under which North Korea agreed to a nuclear and missile testing moratorium in exchange for food aid. (See ACT, April 2012.)

The agreement disintegrated when North Korea attempted to launch a satellite in April 2012. The United States said satellite launches were prohibited under the agreement, but North Korea disagreed. (See ACT, May 2012.)

Carlin said that North Korea knew its latest proposal would be rejected but it was meant as a “starter engine” for talks. Given the recent expansion of North Korea’s production of material for nuclear weapons, Carlin said that talks are opportunities to “uncover what is possible” in negotiations and that the consequences for choosing not to talk with North Korea “could be dire.”

The Chinese analyst also criticized President Barack Obama’s Jan. 22 comments on YouTube, during which he predicted that North Korea would collapse.

The analyst said that such comments would only “instigate additional provocative actions” by North Korea.

The KCNA said on Feb. 4 that it saw no reason to negotiate with the United States, given Washington’s intention to “bring down” North Korea’s government.