“The Arms Control Association and all of the staff I've worked with over the years … have this ability to speak truth to power in a wide variety of venues.”
– Marylia Kelley
Tri-Valley Communities Against a Radioactive Environment
June 2, 2022
Sanctions Relief Timing Key to Iran Deal

The sequence of sanctions relief is now the primary obstacle to a nuclear deal with Iran, a European diplomat familiar with the negotiations said last month.

In a Feb. 17 e-mail to Arms Control Today, the official said Iran and the six world powers (China, France, Germany, Russia, the United Kingdom, and the United States) that are negotiating with Tehran have not reached a “compromise on the sequence of lifting sanctions.” Iran is pushing for more relief early in a nuclear deal, and the six-country group, known as the P5+1, wants to “phase in relief more gradually” based on Iran’s record of compliance with a final deal, he said.

The UN Security Council, the United States, and the European Union have imposed a number of sanctions on Iran because of its nuclear activities. Iran generally views these sanctions as illegal and maintains that its nuclear program is entirely peaceful.

Last November, when Iran and the P5+1 agreed to extend negotiations on a comprehensive nuclear deal for a second time, sanctions relief and the size and scope of Iran’s uranium-enrichment program were the two main obstacles to reaching a comprehensive deal. (See ACT, December 2014.) At that time, the parties set the end of March as the target date for concluding a political framework agreement. 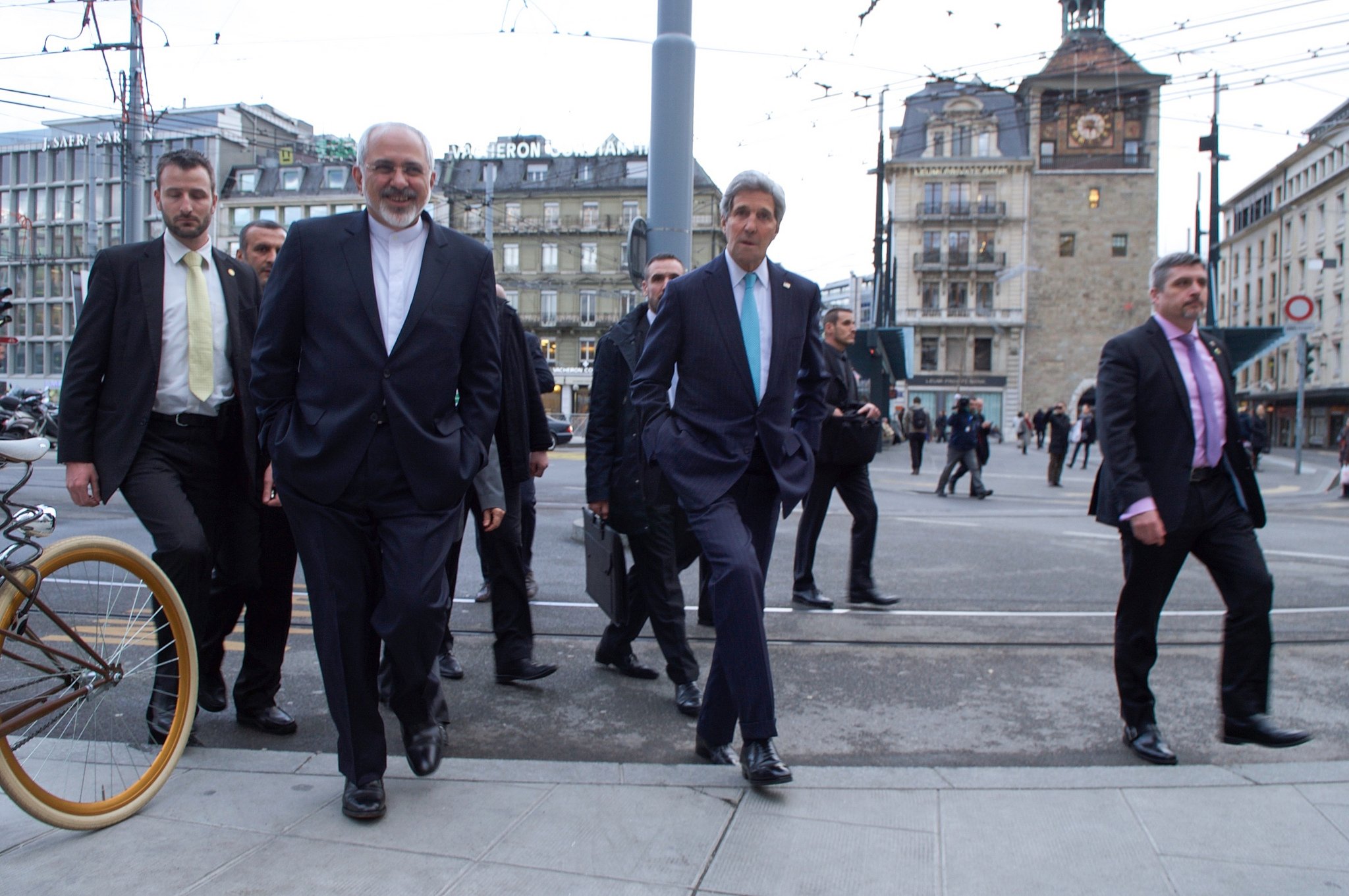 According to the European official, the parties made substantial progress defining the size and scope of Iran’s enrichment program during several rounds of meetings in February, including two bilateral meetings between U.S. Secretary of State John Kerry and Iranian Foreign Minister and lead negotiator Mohammad Javad Zarif at the annual security conference in Munich.

Zarif and Kerry said the meetings were positive, but did not provide details on the progress made during their discussions.

The European official said the progress made during meetings at the Feb. 6-8 conference was “remarkable,” particularly on defining the limits of Iran’s enrichment capacity, but that a deal is “still not a sure thing.” A number of details must be worked out on issues related to the enrichment program, including the duration of the limits, he said.

Currently, it would take Iran two to three months to produce enough material for one weapon, according to Kerry’s congressional testimony last year. U.S. officials have said their goal in the talks is to extend that timeline to at least 12 months.

To achieve the goal of 12 months, the P5+1 wants to reduce Iran’s enrichment capacity and place limits on other elements of its nuclear program, including the stockpiles of enriched material that Iran maintains and the types of new centrifuges that the country is developing.

Tehran says it needs to increase its enrichment capacity in the future to provide fuel for nuclear power reactors it plans to build. Under a contract that runs through 2021, Russia is supplying the fuel for Iran’s only currently operating power reactor, at Bushehr.

Both sides in the negotiations have cast doubt on the possibility of a third extension if the two sides do not reach an agreement by June 30.

After meeting with Chinese Foreign Minister Wang Yi in Tehran on Feb. 15, Zarif said that the current opportunity to reach a deal “must be seized.” Wang said China was not in favor of another extension.

At a Feb. 9 press conference, U.S. President Barack Obama said that he does not see “further extension being useful if [Iran has] not agreed to the basic formulation and the bottom line that the world requires.”

While in Munich, Zarif also met with Yukiya Amano, director-general of the International Atomic Energy Agency (IAEA), on Feb. 7.

Speaking to reporters after the meeting, Amano said he and Zarif agreed to intensify high-level talks between Iran and the IAEA on the agency’s stalled investigation into Iran’s past nuclear activities that could be related to nuclear weapons.

In November 2013, Iran agreed to cooperate with the agency’s investigation. Since then, Iran has provided the agency with information on the past activities of concern to the agency and access to several sites.

But Iran missed an August 2014 deadline for providing the IAEA with information on two areas of Iran’s nuclear program that have “possible military dimensions,” in the agency’s terminology. Iran also has not yet provided the IAEA with suggestions for new actions to continue moving the IAEA investigation forward. The agency requested that Iran provide it with this information last August. (See ACT, October 2014.)

Amano said it is essential for Iran to follow through on its commitments to the agency. He added that the IAEA investigation will not be an endless process and that, with “reasonable or full cooperation from Iran,” the IAEA can clarify the issue within a “reasonable time frame.”