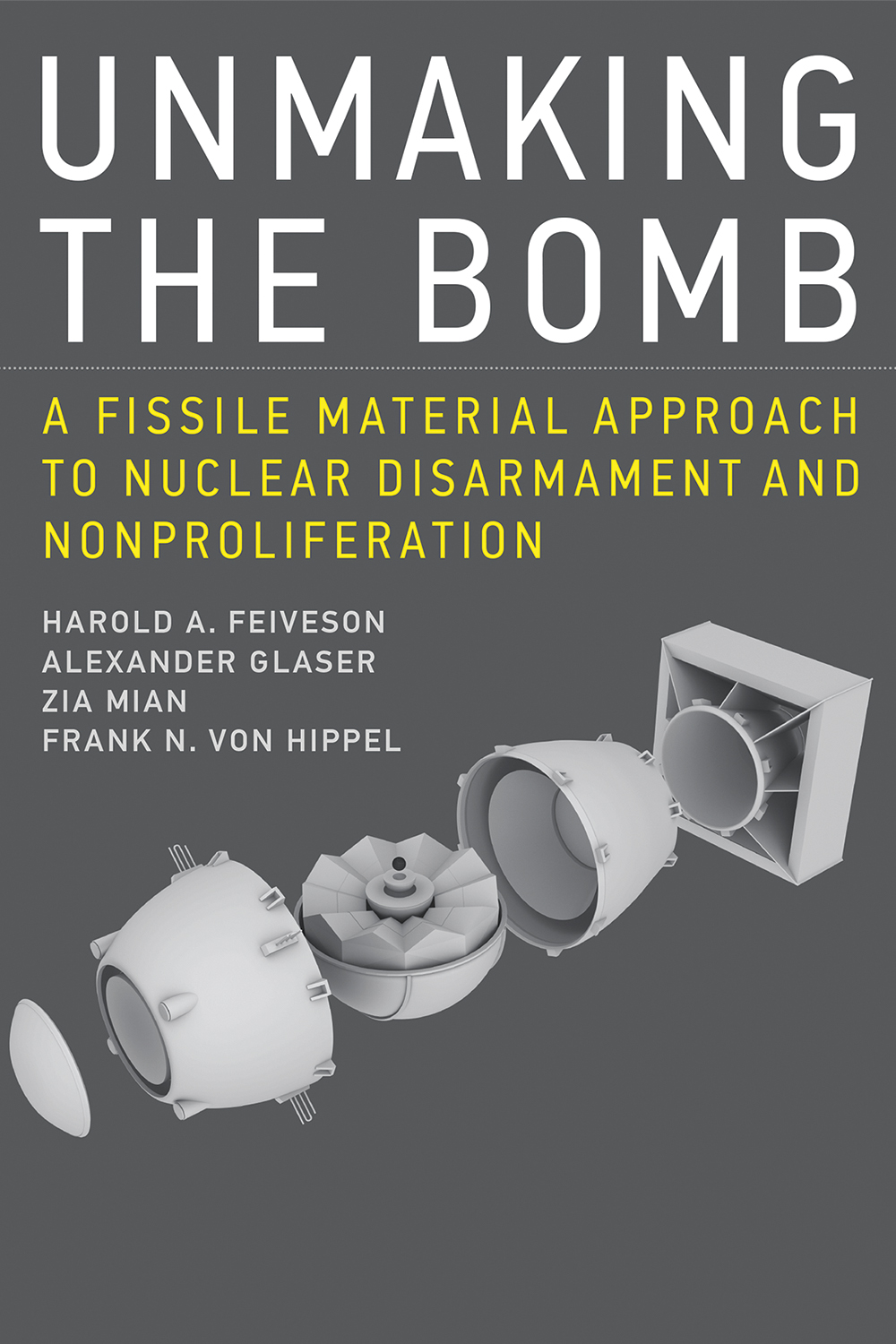 Enough weapons-usable fissile material for more than 100,000 nuclear weapons exists around the globe today. Yet, the world does not need any of that material to benefit from civilian nuclear energy production.

This incongruity lies at the heart of a new book, Unmaking the Bomb: A Fissile Material Approach to Nuclear Disarmament and Nonproliferation. The book provides a clear warning: It defies the odds to assume that the world can continue to avoid disaster as thousands of nuclear weapons and huge quantities of weapons-usable fissile material, primarily plutonium and highly enriched uranium (HEU), are produced at many locations around the world. In seeking solutions to this global security dilemma, the authors advocate focusing more sharply on the fissile material.

This is sound advice because the last 20 years or so have seen the emergence of nuclear terrorism as a plausible threat. That danger, which is common to many countries, is even more acute than the threat of nuclear war between states.

Technically adept and moderately well-funded extremist groups or other nonstate actors could build an improvised nuclear weapon if they acquired enough fissile material. The production of fissile material, however, is thankfully beyond the capabilities of such actors. If the world can reduce the chances that these actors could get their hands on fissile material, then it will have greatly reduced the chance of catastrophic nuclear terrorism. Denying this material to such groups is necessary because unlike national governments, they are not deterred from using nuclear weapons by the threat of nuclear retaliation.

The authors of Unmaking the Bomb—Harold A. Feiveson, Alexander Glaser, Zia Mian, and Frank N. von Hippel—are physicists who are members of the Program on Science and Global Security at Princeton University and are organizers and leaders of the International Panel on Fissile Materials. They describe the history, production, national stockpiles, and current military and civilian uses of plutonium and HEU and propose policies aimed at reducing and eventually eliminating these materials worldwide.

The book masterfully breaks down a very technical and politically charged subject so that its most salient facts are accessible and understandable to technical and nontechnical readers alike. It marshals clear, accurate, and broadly supported data, graphs, charts, and photographs that describe and explain the evolution of the fissile material age and the current global status of these materials in military and civilian programs. The thorough referencing to vast print and electronic sources of additional information on the subject makes this volume an efficient and essential tool for those wishing to delve further into this vital subject.

Correspondingly, Unmaking the Bomb is an invaluable tool for historians, educators, military strategists, students of nuclear disarmament and nonproliferation, and those who advocate the elimination of nuclear weapons. It includes a wealth of useful detail, such as information on the locations, output capacity, and operational status of all known reprocessing and enrichment facilities worldwide.

Another example is its in-depth discussion, in Chapter 8, of the history and technical challenges of achieving an end to the production of fissile material for weapons purposes. The authors describe the need to include alternative fissile materials such as neptunium-237 and americium-241 in such a ban. They identify pre-existing stocks of fissile materials—those declared excess to military needs and those in civilian programs—that should also be captured in a future fissile material treaty.

This book correctly stresses the interrelationship among nuclear disarmament, nuclear proliferation, nuclear energy, and the threat of nuclear terrorism. Fissile material is at the foundation of all these interrelationships and, as the early atomic scientists declared more than 70 years ago, it must be placed under greater and more reliable international control. To this end, the authors make three major recommendations to all states with civil or military nuclear programs.

Radically increase the transparency of nuclear warhead and fissile material stockpiles to allow for verified, deep reductions in these stockpiles as part of the process of nuclear disarmament. Use of these weapons and materials in warfare would have such negative global consequences that no country should be permitted to keep its stocks of such materials secret. Every state that possesses them should accept the obligation to the international community to provide assurance that they are adequately secured until the time comes when they can be eliminated.

Verifiably end all further production of HEU and plutonium for weapons purposes and the use of these materials as fuel for civilian and military reactors. Achievement of a fissile material cutoff treaty has been a goal of the international community for more than 20 years, and it is time to redouble efforts toward this end. The authors of Unmaking the Bomb indicate that only four countries—India, Israel, North Korea, and Pakistan—are producing fissile material for nuclear weapons. Civilian and military reactors globally can be configured to run on low-enriched uranium, a material that cannot be used to build effective nuclear weapons.

Verifiably eliminate military and civilian fissile material stockpiles as irreversibly as possible. Stocks of HEU can be profitably blended down and used as fuel for civilian light-water power reactors, as was done with 500 metric tons of Russian HEU from dismantled nuclear weapons. Plutonium can be mixed with uranium and used as reactor fuel, but such technology is not yet economically viable and maintains fissile material in the nuclear fuel cycle with attendant proliferation risks. Consequently, the authors oppose use of mixed-oxide fuel and suggest that nonreactor options for the disposal of plutonium merit greater attention than they have received.

Achievement of these three objectives deserves to be on the nuclear security agenda of all citizens, countries, and international organizations concerned with nuclear weapons and nuclear energy. They are long-term strategies for surviving the fissile material age without a global catastrophe. Unmaking the Bomb provides the detailed logic behind these objectives and clearly defines the possible technical and political pathways that exist in order to reach them.

The book does not address an unfortunate reality of the fissile material age, that some states still see the military application of nuclear energy as essential for their security. It is not the intention of the authors to provide an answer to this overarching problem but to bring renewed public interest to this issue and the role that fissile material plays in the problem. They also do not argue that achieving controls on fissile material will be any easier than reaching new agreement to reduce or eliminate nuclear weapons. Nevertheless, Unmaking the Bomb remains a powerful instrument for all who seek a better nuclear future.