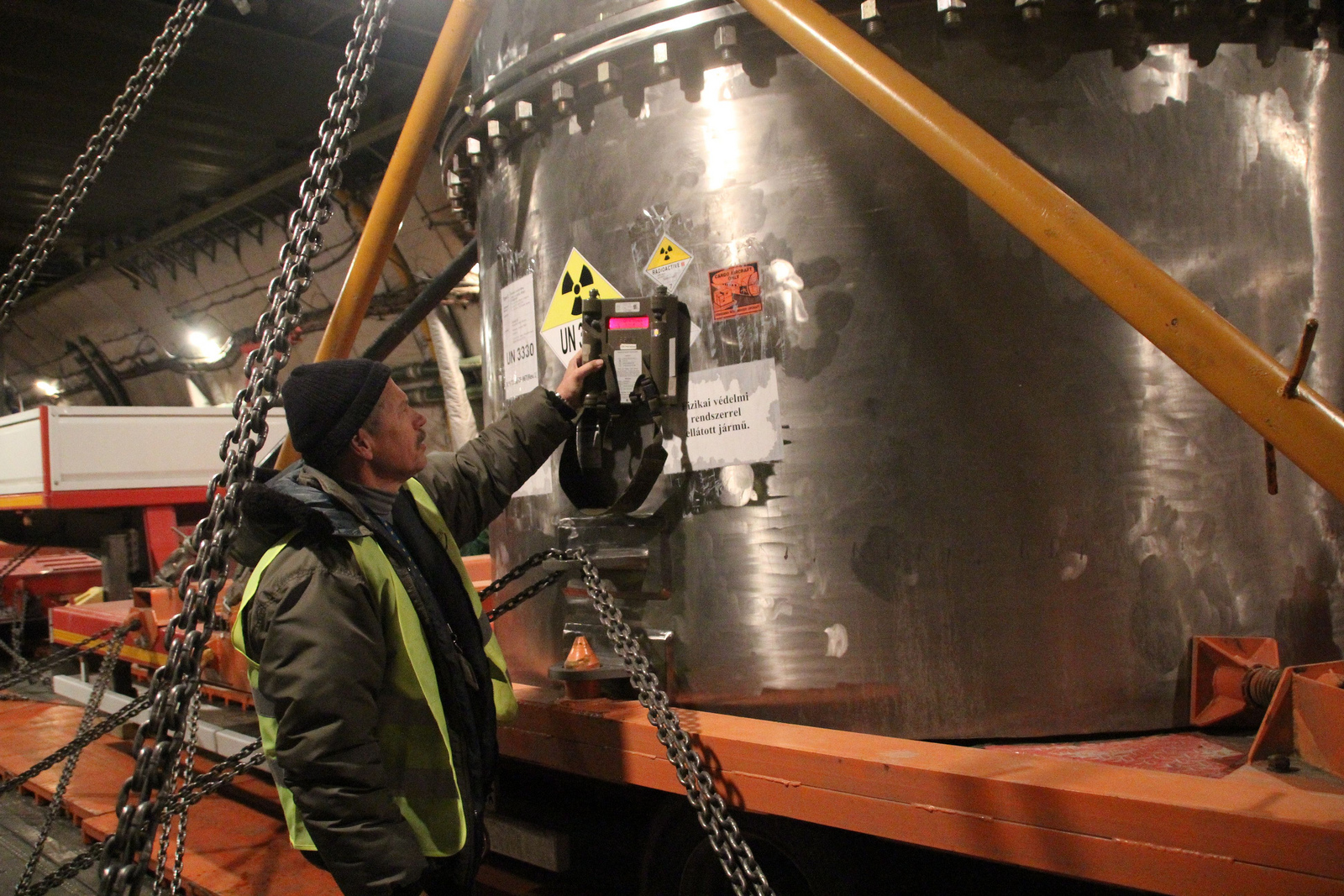 After proposing major spending cuts for Energy Department nuclear nonproliferation programs in last year’s budget request, the Obama administration is asking for $1.7 billion for these efforts in its fiscal year 2016 budget request, an increase of $90.7 million, or 5.6 percent, above the fiscal year 2015 appropriation.

In a Feb. 4 telephone interview with two reporters, Anne Harrington, deputy administrator for defense nuclear nonproliferation in the Energy Department’s National Nuclear Security Administration (NNSA), said the NNSA had been disappointed with last year’s proposed budget and that “there was a commitment that we would not have that happen again this year.” She added, “Not only did we keep that commitment, but we got a small increase.”

The nonproliferation programs are part of the semiautonomous NNSA, which also is responsible for maintaining and modernizing U.S. nuclear warheads. Funding for NNSA activities in that area would rise to $8.9 billion in fiscal year 2016, up $667 million from the fiscal year 2015 appropriation (see page 27).

Gone are the programs that used to be called the Global Threat Reduction Initiative (GTRI), International Material Protection and Cooperation (IMPC), and Fissile Materials Disposition. Global Material Security and Material Management and Minimization include different parts of what used to be the GTRI and the IMPC programs. Construction of the mixed-oxide (MOX) fuel facility is now listed under Nonproliferation Construction.

The counterterrorism program used to be housed within NNSA’s weapons program. When these efforts are included in the calculation, total proposed nonproliferation spending for fiscal year 2016 is $1.9 billion.

Global Material Security has the task of improving the security of nuclear materials around the world, securing orphaned or disused radiological sources, and strengthening nuclear smuggling detection and deterrence. The goal of Material Management and Minimization is to reduce global nuclear security threats through disposition of highly enriched uranium (HEU) and plutonium, HEU minimization by converting research reactors and medical isotope production facilities to the use of low-enriched uranium (LEU), and removal of excess HEU and separated plutonium.

In a letter to employees of her office last December, Harrington said that two rationales for the realignment were to arrange the office more functionally and establish “synergy among like sub-programs.”

Material Management and Minimization programs would receive $312 million, an increase of $38.7 million over the fiscal year 2015 appropriation. Nuclear material removal activities, which also used to be performed under the GTRI program, would get a $45.5 million increase to $114 million to remove HEU from miniature neutron source reactors in Africa and to prepare for future shipments from Europe and Japan.

In the budget request, the administration proposes a significant curtailment of previous plans for nuclear security work inside Russia. The requested funding for activities that used to be housed under the IMPC program, which performed most of the NNSA’s security work in Russia, is $100 million below the level projected in the fiscal year 2015 budget request.

Harrington said that funding previously planned for Russia was repurposed for other nonproliferation activities. It is not clear from the budget documents how much money, if any, the NNSA requested for work inside Russia in fiscal year 2016 (see page 26).

In a Feb. 19 e-mail to Arms Control Today, a source who has followed nuclear threat reduction budgets closely questioned the decision to spend $15 million less than the administration had projected it would spend in fiscal year 2016 on the activities that used to be associated with GTRI, particularly with the last nuclear security summit scheduled to take place next year. 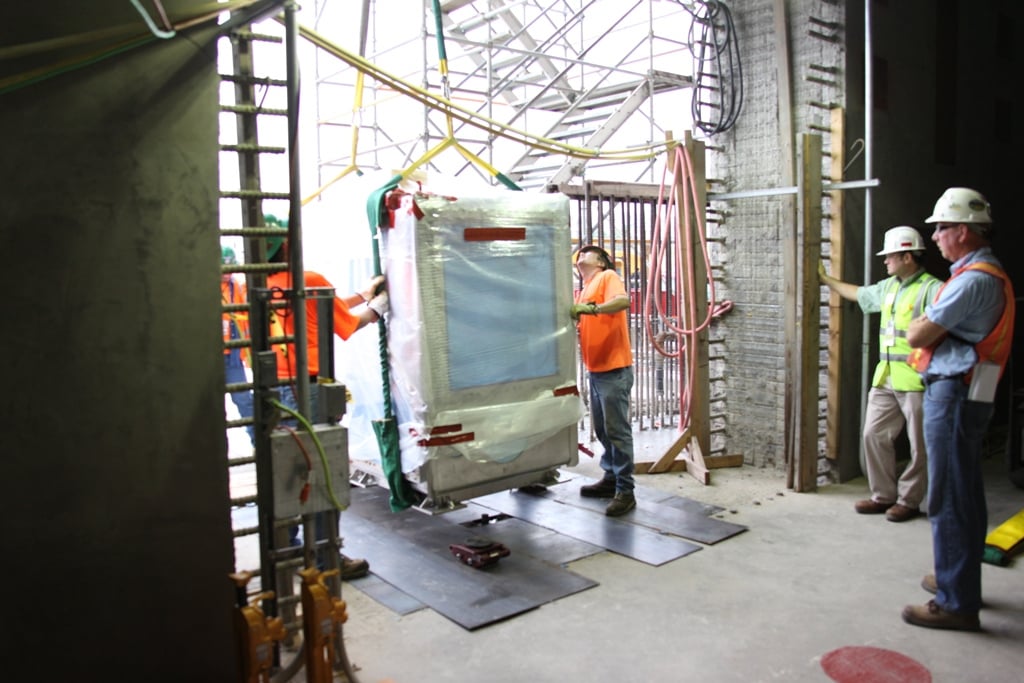 Another analyst, Kenneth Luongo, a former senior adviser on nonproliferation policy to the energy secretary, told Arms Control Today in a Feb. 19 e-mail that, in the wake of “the abrupt and sharp curtailment in US-Russian nuclear security cooperation,” NNSA nonproliferation efforts “can and should be supplemented with new missions.”

Luongo, who is president of the Partnership for Global Security and a member of the Arms Control Association Board of Directors, added that the administration must also create “a new and compelling narrative for [its] nuclear security activities and budgets” and that the job “will have to be done quickly in order to preserve the core of expertise and political relevance of the NNSA nuclear security mission.”

The administration asks for $345 million for fiscal year 2016 for construction of the MOX fuel plant at the Savannah River Site in South Carolina. The facility is designed to turn surplus plutonium from the U.S. nuclear weapons program into fuel for power reactors.

Last year, in announcing its request for fiscal year 2015, the Energy Department said it would put the project on “cold standby” as it explored other options for getting rid of the plutonium. (See ACT, April 2014.) The administration requested $196 million for construction, but Congress appropriated much more than that, $345 million, for the current fiscal year.

During a Feb. 2 conference call on the fiscal year 2016 budget request, NNSA officials said the new request reflected the current year’s spending figure. But NNSA Administrator Frank Klotz said $345 million is “not the optimum spend rate if you are serious about delivering in a reasonable, prudent amount of time a construction project.”

Robert Raines, NNSA associate administrator for acquisition and project management, said no element of the construction was being stopped but that the work was being done more slowly than the NNSA had planned in the timetable it was following before it decided to seek alternatives to the project.

In a Feb. 6 interview, a source familiar with the deliberations on the project’s budget said the fiscal year 2016 request was “a really big deal” in light of what the prospects for the plant’s future seemed to be last year. The climate is “much different” this year, he said, and suggested that the appropriation for fiscal year 2016 could be more than the $345 million that the Energy Department is requesting.

But Edwin Lyman, a senior staff scientist with the Union of Concerned Scientists, said in a Feb. 20 interview that “everyone can see that [the MOX project] is a waste of money but no one can stop it.” Lyman, who recently wrote a report on “the failure of MOX and the promise of its alternatives,” said that, for some lawmakers, it might be difficult to oppose construction of the plant until the Energy Department has published its assessment of the alternatives and recommended a new course.