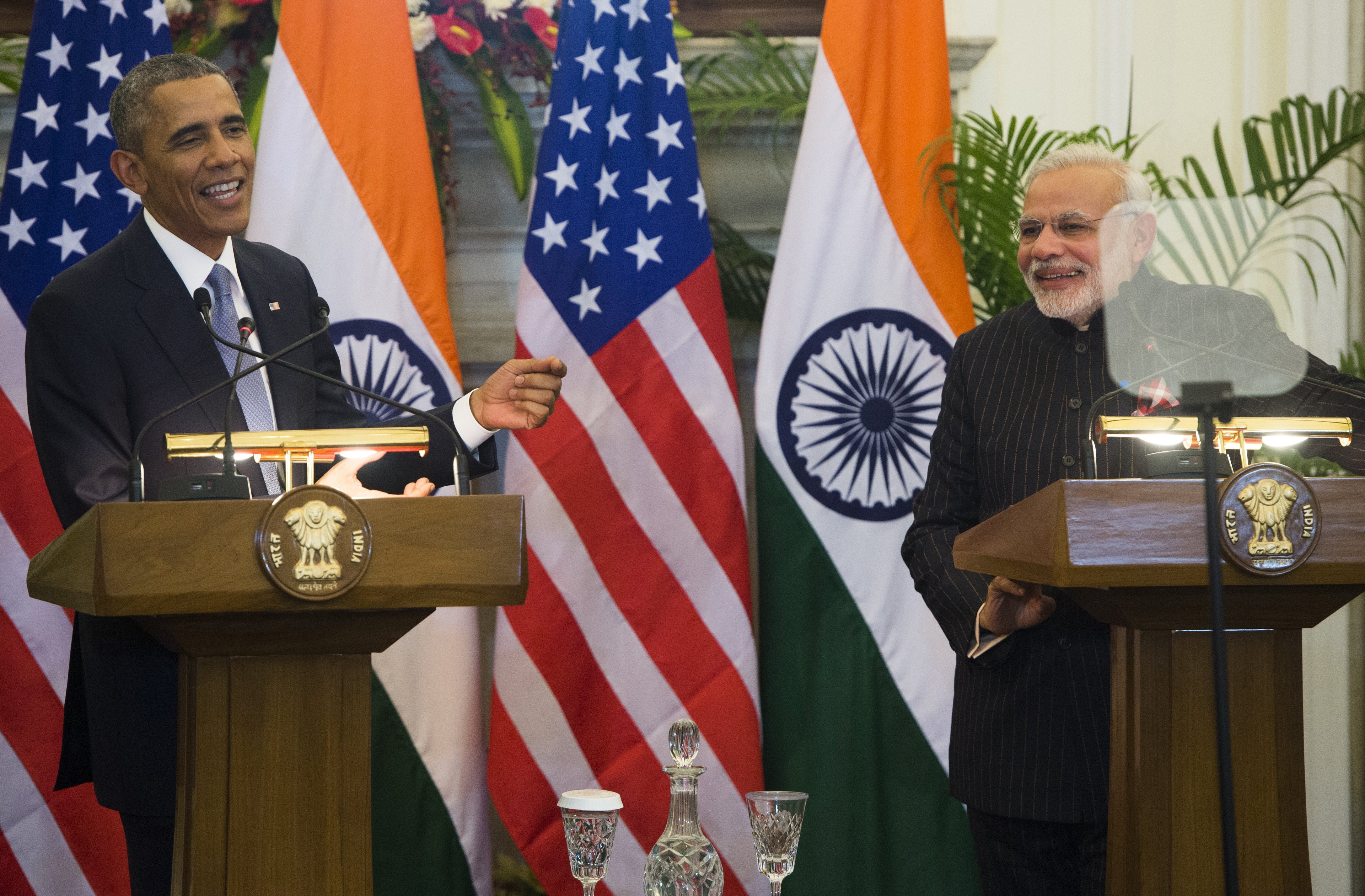 India and the United States in late January reached what President Barack Obama described as a “breakthrough understanding” on two issues that have held up nuclear trade between the two countries under a deal reached under President George W. Bush.

The understandings, announced Jan. 25 during Obama’s visit to India to meet Indian Prime Minister Narendra Modi, deal with the issues of liability in case of an accident at a foreign-supplied reactor in India and with the tracking of U.S. material exported to India.

The second issue concerns the so-called administrative arrangements that are a standard part of U.S. nuclear cooperation with other countries. Like other nuclear exporters, the United States maintains those arrangements to ensure that the material it sends to other countries for their peaceful nuclear programs does not end up in weapons programs.

The two sides released little specific information on what they had agreed, but interviews with sources from industry, Congress, and elsewhere who had been briefed by administration officials provided a generally consistent picture of the U.S.-Indian understandings.

As the sources described it, the approach endorsed by Modi and Obama would provide much of the information obtained from standard U.S. administrative arrangements, but in a more roundabout way. Under standard arrangements, the U.S. partner assumes most of the burden for the tracking, but in the case of India, the United States would have to do much of the work itself, one source said.

India balked at the standard arrangements because New Delhi considered them costly, intrusive, and unnecessary, the source said.

According to several accounts, India insisted that the United States obtain information on the exported material and its course within India from the International Atomic Energy Agency (IAEA), which applies safeguards to the nuclear facilities that India has designated as civilian. The IAEA information, however, provides only an aggregate picture of the material in the facilities it safeguards rather than identifying the material on the basis of the country that supplied it.

A second source, a former U.S. official, described his conception of the way the arrangement was likely to work in practice. He said the material the United States would send to India would be in the form of fabricated fuel elements. If India reprocessed the spent fuel coming from that fresh fuel, New Delhi would tell Washington the amount of plutonium that was separated and the amount that it fabricated into mixed-oxide (MOX) fuel (so called because it is a mixture of plutonium and uranium oxides), he said. It also would have to report the amount of spent fuel that the reactor had produced, he said.

With that information and knowledge of the characteristics of the fuel and the reactor in which the fuel was irradiated, the U.S. government could make its own calculations of the amount of plutonium contained in the spent fuel, the former official said. From that starting point, the United States could determine how much plutonium was separated and not fabricated into MOX fuel, he said.

The United States is to meet once a year with India to compare figures, the former official said. He said it was not clear to him how the two sides would resolve discrepancies.

Under the 2007 U.S.-Indian nuclear cooperation agreement and a follow-on accord from 2010, India has permission to reprocess spent fuel that comes from U.S.-supplied fresh fuel or was irradiated in a U.S.-supplied reactor. (See ACT, May 2010.) But the reprocessing must take place in a facility “dedicated to reprocessing safeguarded nuclear material under IAEA safeguards,” according to the 2007 agreement.

India does not have such a facility and has not begun to build one. Its current reprocessing plants are not under safeguards.

The January announcement is the latest development in a saga that began with a joint July 2005 statement by Bush and Indian Prime Minister Manmohan Singh laying out a blueprint for easing U.S. and international nuclear trade restrictions on India, which is not a party to the nuclear Nonproliferation Treaty. In 2006 Congress passed legislation known as the Hyde Act, opening the door to nuclear trade with India but establishing certain reporting and monitoring requirements to ensure that U.S. nuclear exports were used only for peaceful purposes.

One source who was involved in that debate and was critical of the overall deal said the newly announced arrangements appeared to meet the requirements of the Hyde Act.

The former official said that, from the descriptions he had received, the procedure seemed equivalent to the standard administrative arrangements. It “should give us the information we need to know [although] in an unconventional way,” he said. But he emphasized that the recently announced accord is on an understanding in principle. The two sides need to draft the administrative arrangement, and “it remains to be seen” if they can “find language that is mutually acceptable,” he said.

At a Jan. 26 press briefing, Ben Rhodes, U.S. deputy national security adviser for strategic communications and speechwriting, said, “The Indians certainly came to the table with increased information-sharing and exchanges that met our concerns.” 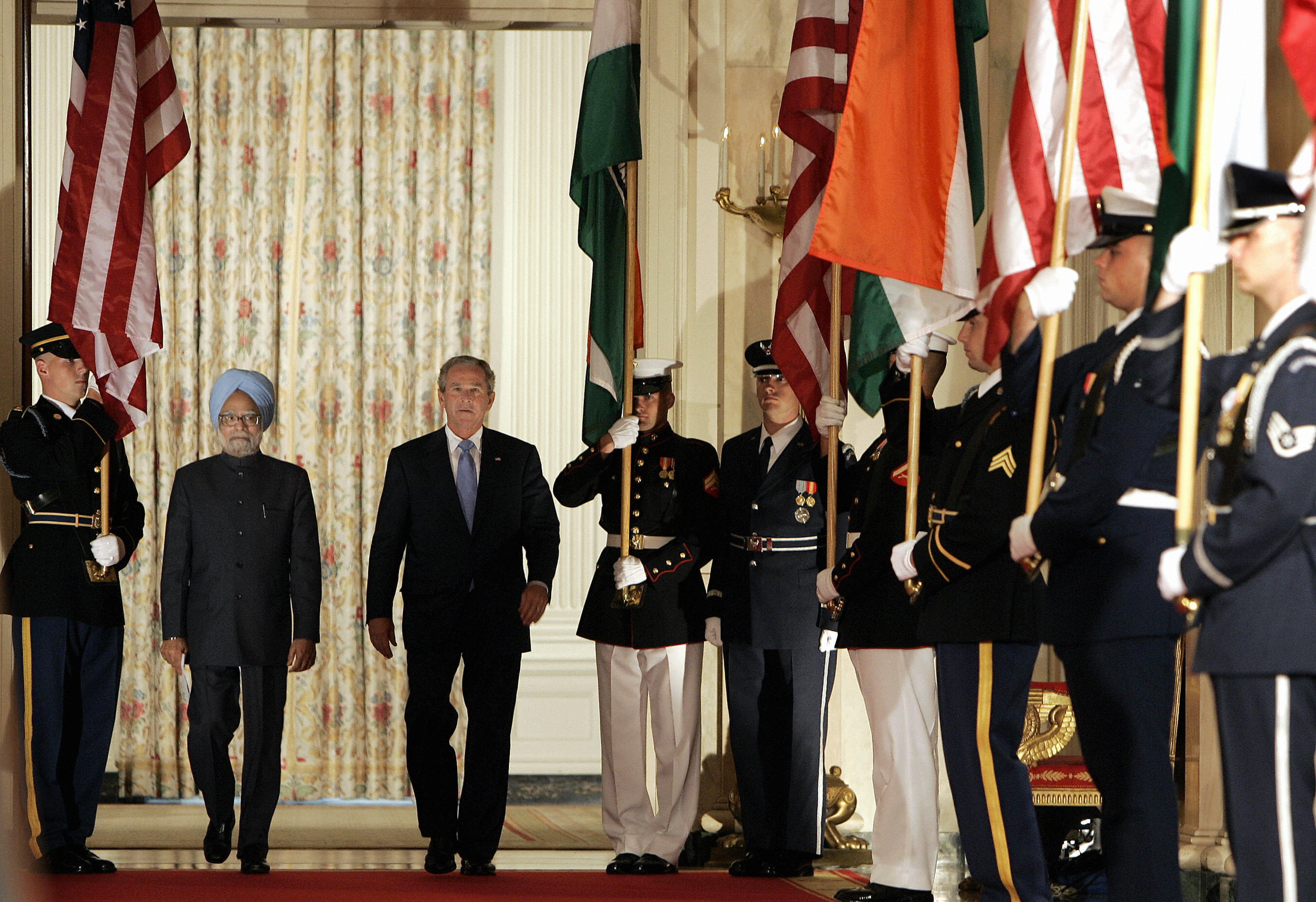 Congress approved the India agreement in 2008, but U.S. companies have not signed any contracts for significant nuclear exports to India. The questions about U.S. monitoring of exports have been an obstacle, but for the companies—especially General Electric and Westinghouse, which have hopes of selling reactors to India—a larger issue has been their concern that they could be found liable in case of an accident. In most countries with nuclear power plants, the operator, not the supplier, is potentially liable for accidents at nuclear facilities.

To address those concerns, India is proposing to create an insurance pool and to establish that its national law is compatible with the Convention on Supplementary Compensation for Nuclear Damage, under which reactor suppliers cannot be held liable. Several of the sources expressed skepticism that the steps would be sufficient to convince General Electric and Westinghouse to build reactors in India, but these sources emphasized that the companies would have to be the ones to decide.

At the Jan. 26 briefing, Rhodes said the Indian and U.S. governments believe that “they have reached an understanding on these critical issues that have been an impediment to moving forward in the last several years.” But he acknowledged that “it’s ultimately up to U.S. companies to make their own determinations about whether and when to invest in India and to move forward.”