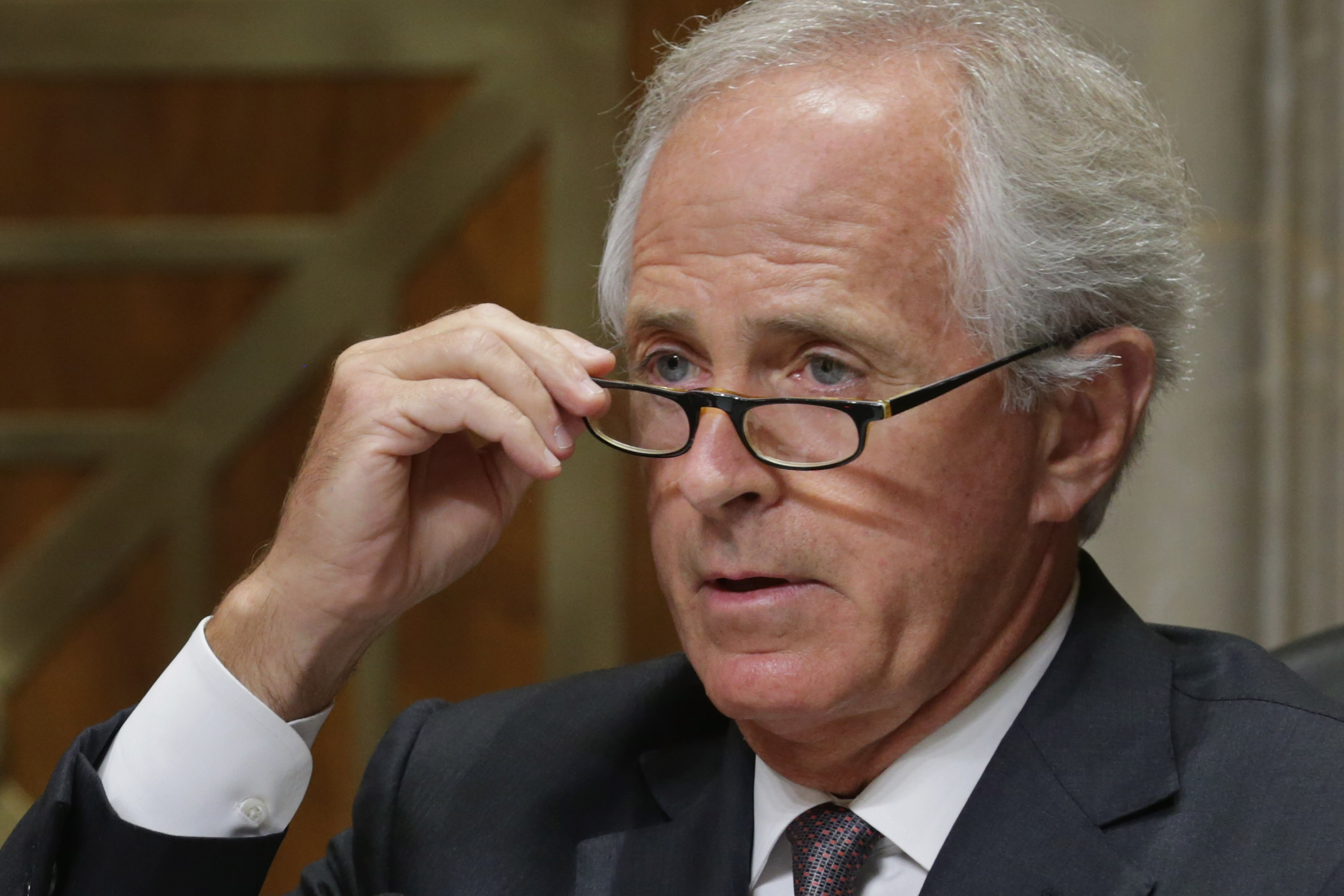 As Iran and six world powers seek to negotiate an agreement to limit Tehran’s nuclear program, Sen. Bob Corker (R-Tenn.), chairman of the Senate Foreign Relations Committee, says that Congress should vote on any accord.

The Obama administration has rejected the idea, arguing that Congress will have several important roles to play as the process unfolds but that the arrangement Corker is proposing represents unwarranted and potentially damaging interference.

The administration’s stance has frustrated Corker and others who are pressing for a greater congressional role in the ongoing negotiations.

“I want these negotiations to be successful…but just stiff-arming [Congress]…and saying, ‘No, we really don’t want you to play a role, we want you to just trust us,’ is totally unacceptable from my standpoint,” Corker said to the administration officials testifying on Jan. 21 at a committee hearing on the Iran nuclear negotiations.

At the hearing, one of the officials, Deputy Secretary of State Antony Blinken, said the administration would veto legislation applying an arrangement such as Corker’s to any agreement between Iran and the six-country group.

The question of congressional approval likely will only grow in urgency on Capitol Hill after the scheduled March 3 speech of Israeli Prime Minister Benjamin Netanyahu. In their announcement last Nov. 24 that they were extending the talks and the interim agreement they had reached in November 2013, the negotiators said they were aiming to reach a “political framework” of a final agreement within four months. (See ACT, December 2014.)

A bill sponsored by Sens. Robert Menendez (D-N.J.) and Mark Kirk (R-Ill.) to impose new sanctions on Iran had been the favored vehicle for Senate involvement in the nuclear talks. But when House Speaker John Boehner (R-Ohio) invited Netanyahu, a fierce critic of the talks, to address Congress without consulting with the White House, Menendez and other Senate Democrats agreed to Obama’s request not to introduce the bill until March 24.

With sanctions legislation off the table for now, Corker’s proposal for a straight up-or-down vote on any accord offers a different role for Congress in the negotiations. Corker says a Senate vote would strengthen the U.S. negotiating position and increase the likelihood of an acceptable final deal that would outlast the Obama administration.

“I would just argue that having Congress as a backstop as you enter these final steps…would be somewhat of an anchor to keep us from continuing to move toward Iran’s position,” Corker said at the Jan. 21 hearing.

Corker has proposed adapting the language of Section 123 of the Atomic Energy Act, which governs bilateral nuclear cooperation agreements, to any agreement between the six-country group and Iran. The members of that group are China, France, Germany, Russia, the United Kingdom, and the United States.

That Atomic Energy Act provision requires that nuclear cooperation agreements, which establish a framework for nuclear trade between the United States and other countries, be submitted to Congress for review. If an agreement meets the nonproliferation criteria spelled out in the act, Congress does not need to vote to approve it. Such an agreement can enter into force if Congress does not block or modify it during the 90 days of so-called continuous session following the submittal of the pact.

The requirements of a 123 agreement do not apply to the Iran negotiations, says Larry Hanauer, an analyst at the RAND Corp. who recently wrote a study of how Congress can influence the negotiations. “The only thing we’re providing Iran with is sanctions relief, so the law doesn’t really apply,” Hanauer said in a Feb. 18 interview.

Other analyses, including one by the Arms Control Association, have made the same argument. The association’s analysis also argues that if the 90-day consultation is one feature of the 123 process that Corker incorporates into his legislation, it would greatly complicate the ability of the United States to meet its obligations under the interim agreement and therefore would give Iran grounds to abandon steps it has taken to meet its own obligations under that accord. (The Arms Control Association is the publisher of Arms Control Today.)

Gary Samore, formerly President Barack Obama’s top adviser on arms control and nonproliferation issues and now head of United Against a Nuclear Iran, which opposes a deal with Iran, noted in a Feb. 18 e-mail that the 123 procedure essentially requires a two-thirds majority of each chamber to prevent a nuclear cooperation agreement from coming into force. That is because the president could veto a resolution of disapproval and opponents of the agreement would have to muster a two-thirds majority in the House and the Senate to override the veto. Because the Corker proposal adopts that aspect of the 123 procedure and therefore conceivably would allow the Iran deal to move ahead when only one-third of the members in each chamber supported it, “it’s hard for the Administration to oppose Corker as opposed to any bill that would allow Congress to defeat the agreement by majority vote,” Samore said.

Sens. Rand Paul (R-Ky.) and Barbara Boxer (D-Calif.) announced in January they would come forward with legislation providing for congressional review and approval of any Iran nuclear deal. As of Feb. 24, the two senators had not revealed any more about their plans.