The Obama administration is proposing to increase spending to accelerate by two years the development of a new nuclear-armed cruise missile, according to budget documents released Feb. 2.

The increase in proposed spending is part of a major funding hike in the fiscal year 2016 budget request for programs to sustain and to rebuild nuclear-armed missiles, submarines, and bombers and their associated nuclear warheads and supporting infrastructure. An updated cost analysis from the nonpartisan Congressional Budget Office (CBO) released on Jan. 22 estimated that the administration’s nuclear weapons spending plans would cost $348 billion between fiscal years 2015 and 2024 (see box).

Some current and former U.S. defense officials have questioned whether the modernization plans can be implemented as currently conceived, given continued pressure to reduce military spending. (See ACT, September 2014.) 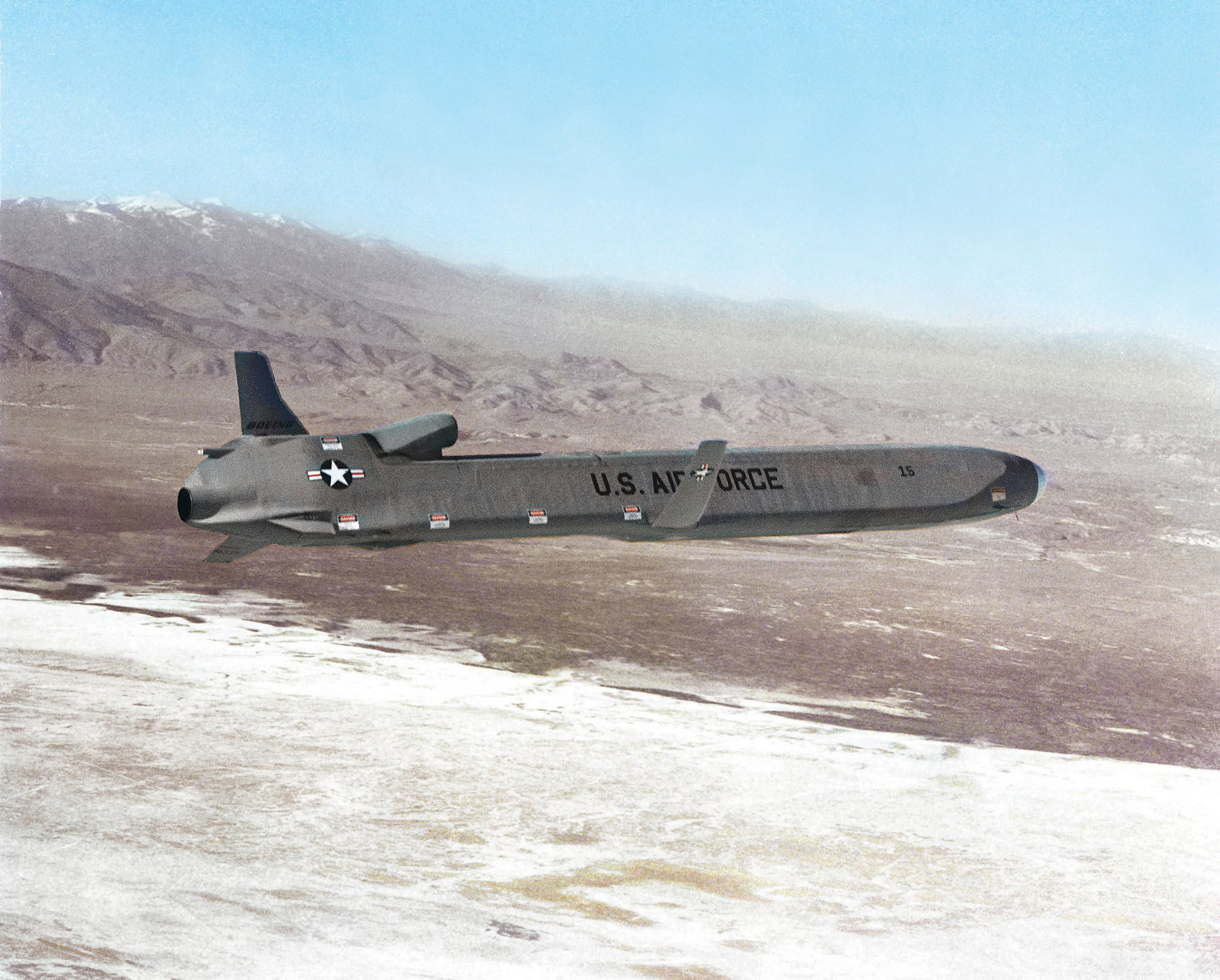 The Air Force is seeking $36.6 million in fiscal year 2016 for research and development for a long-range standoff weapon, more than 10 times as much as the $3.4 million that Congress appropriated for the current fiscal year. The new standoff missile, would replace the Air Force’s nuclear-armed air-launched cruise missile (ALCM), which has been operational since 1986. ALCMs are carried by long-range bombers and can attack targets at great distances.

Meanwhile, the National Nuclear Security Administration (NNSA), a semiautonomous agency of the Energy Department, is requesting $195 million to begin refurbishing the existing ALCM warhead that would be delivered by the new missile. That is an increase of $186 million above the fiscal year 2015 appropriation of $9.4 million. The first refurbished warhead is now scheduled for completion in 2025, two years earlier than the NNSA proposed last year.

The fiscal year 2015 budget request delayed development of the new ALCM by three years. An Air Force spokeswoman told InsideDefense.com at the time that the delay was caused by “warhead uncertainty and…continuing fiscal challenges.”

Overall, the administration requested $561 billion for national defense in fiscal year 2016, which includes the Defense Department’s regular budget activities and the Energy Department’s nuclear weapons programs.
This spending proposal is nearly $39 billion above the spending caps set by Congress in the 2011 Budget Control Act. If Congress does not raise the spending caps or cut the president’s budget request down, automatic, across-the-board cuts will have to be made to the request before the new fiscal year starts on Oct. 1.

The highest-priority and most costly program remains the Navy’s plan to replace its current fleet of 14 Ohio-class ballistic missile submarines with 12 new subs, called the SSBN(X). Under the Navy’s budget request, the program would receive $1.4 billion in fiscal year 2016, an increase of $100 million above the fiscal year 2015 appropriation. A December 2014 report by the CBO estimated that the cost to build the 12-sub fleet would be more than $100 billion, with the first boat entering service in 2031.

Proposed funding for the Air Force’s plan to build up to 100 new long-range strategic bombers continues to rise steeply. The Air Force is seeking $1.25 billion in fiscal year 2016, an increase of $332 million over the fiscal year 2015 appropriation. The new bombers are scheduled to enter service in the mid-2020s, and the entire fleet could cost as much as $80 billion to produce, according to some estimates.

The program to develop a replacement for the current force of 450 land-based Minuteman III intercontinental ballistic missiles also would get a big boost under the administration’s request. The Air Force is requesting $75.2 million for the program, an increase of $68.3 million over the appropriation for the current fiscal year. The potential replacement missile is slated to begin deployment in fiscal year 2027.

The budget request also includes $1.1 billion in new funding to address the professional and ethical lapses and poor morale plaguing the nuclear force, according to the Associated Press. (See ACT, December 2014.) This proposal would support 1,120 additional military and civilian personnel working on Air Force nuclear issues and accelerate investments in Navy shipyard infrastructure. The Pentagon plans to spend $8 billion for these and other force improvement efforts over the next five years, the AP said.

NNSA nuclear warhead maintenance and infrastructure programs would receive $8.9 billion in fiscal year 2016, an increase of $667 million, or 8 percent, above the fiscal year 2015 appropriation.

The NNSA weapons budget would increase spending to rebuild the B61 gravity bomb and ALCM warhead, refresh a key part of the W88 submarine-launched ballistic missile warhead, and build a new uranium-processing facility at Oak Ridge National Laboratory in Tennessee.

Some Republican lawmakers have criticized previous administration requests for NNSA weapons programs for allegedly not comporting with the spending levels proposed by the administration in 2010 during the ratification debate over the New Strategic Arms Reduction Treaty. This time, however, two Senate Republican staffers praised the fiscal year 2016 NNSA weapons request.

The budget request “is a good sign and represents the President’s commitment to modernize the [Energy Department] nuclear weapons complex,” one staffer told Arms Control Today in a Feb. 18 e-mail.

A second Republican staffer said in a Feb. 19 interview that the request is “90 to 95 percent consistent” with what President Barack Obama promised five years ago.

Although it is unclear what Congress will do to address the mismatch between the budget request and the budget caps, some lawmakers have said they doubt that the budget request for nuclear weapons programs is realistic. In a Feb. 13 interview with Weapons Complex Monitor, Rep. Mike Simpson (R-Idaho), chairman of the House appropriations subcommittee that oversees the NNSA, said that the agency has “more in [its] total overall budget than we’re going to have, frankly, when we get done with the budget resolution.”