By Kingston Reif and Kelsey Davenport

Russia and the United States are continuing to cooperate on key elements of global nuclear threat reduction, but the future of collaborative efforts between the two countries remains uncertain.

In comments last month, current and former U.S. officials said cooperation in some key areas is in doubt after the end of this year. 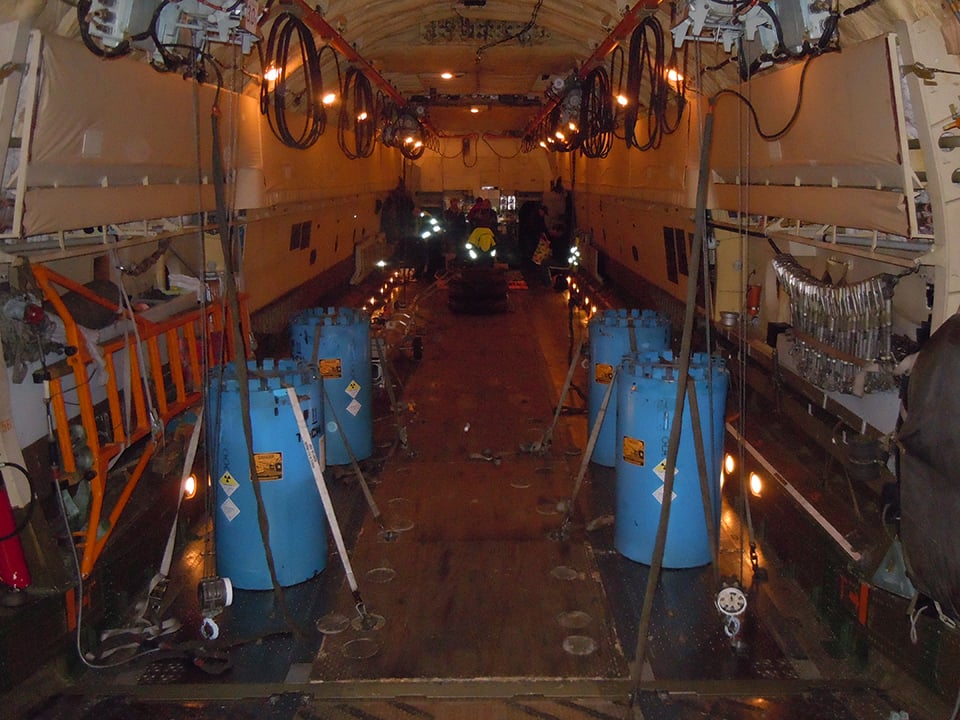 In one of the areas of ongoing cooperation, Russia and the United States worked together in late September to assist with the removal of highly enriched uranium (HEU) from Poland and Kazakhstan. The Russian-origin HEU was shipped back to that country for secure storage and elimination.

Operators of the cargo ship that transported the HEU to Russia reported on Sept. 29 that the material reached Russia and was transferred to railroad cars for transport to a reprocessing plant. Poland did not disclose the amount of HEU in the shipment.

More than 10 kilograms of HEU from a research reactor near Almaty, Kazakhstan, were also returned to Russia for secure storage on Sept. 29, the IAEA said Oct. 2. The agency, which assisted in the removal, said that the reactor is being converted to run on LEU.

According to the IAEA, since 2002, Russia and the United States have worked in cooperation with the agency to transfer more than 2,100 kilograms of Soviet-origin HEU from 14 countries back to Russia, where it is secured or down-blended into LEU.

In an Oct. 9 interview with Arms Control Today, Rose Gottemoeller, undersecretary of state for arms control and international security, cited examples of “very solid” nuclear security cooperation with Russia, but expressed concern that because of the ongoing Ukraine crisis, Russia does not seem to be “thinking beyond the end of 2014 about continuing expansive threat reduction cooperation.”

At an Oct. 29 briefing for reporters, retired Lt. Gen. Frank Klotz, head of the Department of Energy’s semiautonomous National Nuclear Security Administration, said nuclear security cooperation between Russia and the United States beyond the end of the year depends largely on the results of an ongoing internal Russian review.

Matthew Bunn, a former adviser to the White House Office of Science and Technology Policy who is now a professor at Harvard University’s John F. Kennedy School of Government, cited the recent HEU removals as part of “a long-standing effort to reduce the security risks posed by Russian-supplied HEU around the world that would not be possible without Russian cooperation.” Moscow and Washington have so far been saying that this cooperation should continue despite the tensions over Ukraine, but “[c]ooperation within Russia faces more uncertainty at present,” Bunn said in an Oct. 19 e-mail to Arms Control Today.

Since the end of the Cold War, Russia and the United States have cooperated on an array of nuclear weapons dismantlement, material security, and nonproliferation activities inside Russia. These efforts have been pursued primarily under the auspices of the Defense Department’s Cooperative Threat Reduction (CTR) program and the Energy Department’s nuclear material security programs.

In June 2013, Russia and the United States agreed to a pared-down replacement for the old CTR agreement. The new pact allows nuclear security activities in Russia to continue, but discontinues activities involving the Russian Ministry of Defense. (See ACT, July/August 2013.)

Bunn, who is a member of the Arms Control Association Board of Directors, warned that nuclear security cooperation beyond 2014 is now in doubt, as all the work specified in current contracts finishes at the end of the year. “What kind of cooperation will continue after that is very much up in the air,” he said.

For Russian and U.S. security, “[t]he worst outcome…would be no cooperation,” he said.

Funding for U.S. nuclear security work with and inside Russia has been a contentious issue on Capitol Hill this year. The House-passed appropriations bill that funds the Energy Department’s nuclear material security programs “provides no funds to enter into new contracts or agreements in the Russian Federation in fiscal year 2015” until the secretary of energy “reassess[es]” the Energy Department’s “engagement” with Russia and certifies that cooperative work with Russia is “in the national security interest of the United States.” Also, the bill redirects unspent fiscal year 2014 funds for nonproliferation projects in Russia to nonproliferation work elsewhere.

In addition, the House-passed version of the fiscal year 2015 National Defense Authorization Act includes provisions prohibiting the Defense Department from engaging in “cooperative threat reduction activities” with Russia and bars the Energy Department from funding “any contact, cooperation, or transfer of technology” between Russia and the United States on nuclear security. The provisions include waivers that would allow the executive branch to continue cooperation after certifying that the work is in the U.S. national interest.

The Obama administration strongly opposes House efforts to curtail cooperation with Russia. In statements on the appropriations and defense authorization bills, the administration stated that “[c]ooperation with Russia remains an essential element to the global effort to address the threat posed by nuclear terrorism. Critical bilateral nuclear nonproliferation activities are continuing in a number of key areas, and nuclear security is of paramount importance.”

In contrast to the House, the Senate Appropriations subcommittee that funds the Energy Department’s nuclear security programs provided about $50 million above the fiscal year 2015 budget request of $305 million for the materials protection account.

Meanwhile, the Senate Armed Services Committee version of the defense authorization bill does not impose restrictions on U.S. nuclear security cooperation with Russia. The bill includes a provision restricting all bilateral security cooperation with Russia funded by the Pentagon, but according to a Senate staffer, the provision exempts the department’s CTR work in Russia from this restriction.

The full Senate has yet to pass either bill.

The vast majority of U.S. nuclear security work in Russia is led by the Energy Department. Its cooperative activities with Russia include returning Russian-origin HEU to Russia from third countries and improving security at Russian nuclear material sites. The Pentagon’s nuclear cooperative work with Russia has diminished in recent years, but still includes technical exchanges on nuclear weapons security topics and dismantling retired Russian nuclear submarines.

Congress left Washington in September without reconciling the differences between the House and Senate bills. It is unclear whether and, if so, when Congress will pass final authorization and appropriations legislation for fiscal year 2015.