Prior to joining Biden’s office, Kahl was associate professor in the Security Studies Program in the Edmund A. Walsh School of Foreign Service at Georgetown University and a senior fellow at the Center for a New American Security. While at the center, Kahl authored numerous articles on Iran’s nuclear program, including “The Danger of New Iran Sanctions” in The National Interest in December 2013 and “Still Not Time to Attack Iran” in Foreign Affairs in January 2014. 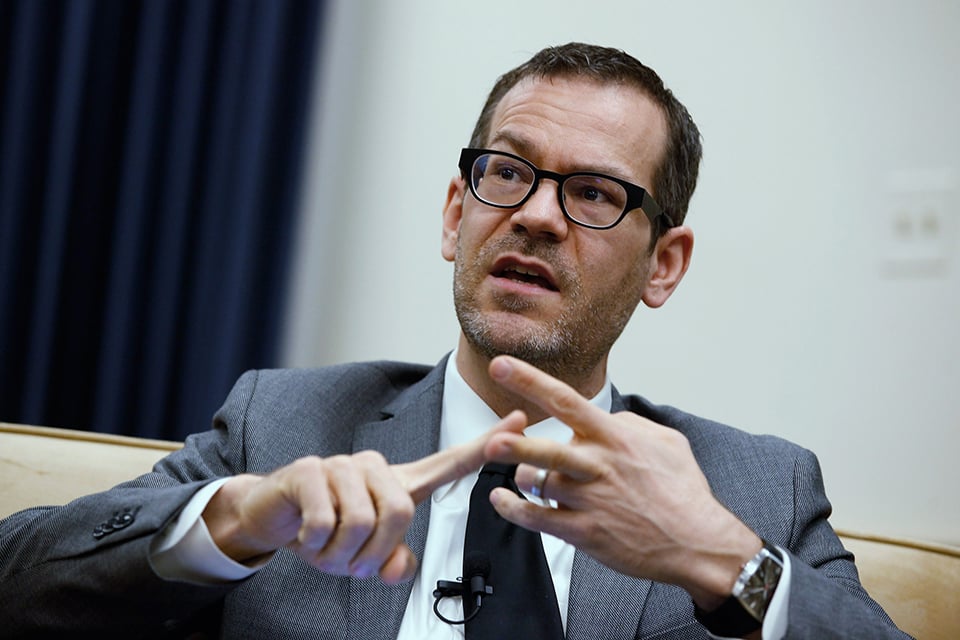 From 2009 to 2011, Kahl served as deputy assistant secretary of defense for the Middle East.
“As both a scholar and experienced public servant, Colin has a unique perspective on a number of national security issues that our country faces today, particularly in the Middle East,” said Biden in a statement announcing the appointment.

Kahl succeeds Jake Sullivan, who left Biden’s staff in August to teach at Yale Law School. Sullivan remains a senior advisor on talks with Iran on its nuclear program.

Elizabeth Sherwood-Randall was sworn in Oct. 5 as deputy energy secretary. Sherwood-Randall, who was confirmed by the Senate on Sept. 18, previously served as White House coordinator for defense policy, countering weapons of mass destruction, and arms control.

Adam Scheinman, also confirmed by the Senate on Sept. 18, was sworn in Sept. 22 as President Barack Obama’s special representative for nuclear nonproliferation. In that role, he will represent the United States at the 2015 Nuclear Nonproliferation Treaty Review Conference.

Robert Wood was sworn in Oct. 2 as U.S. representative to the Conference on Disarmament. He had been confirmed by the Senate on July 15.