The controversial sale of a French amphibious assault ship to Russia remains in limbo after the French government dropped its original deadline for a decision. 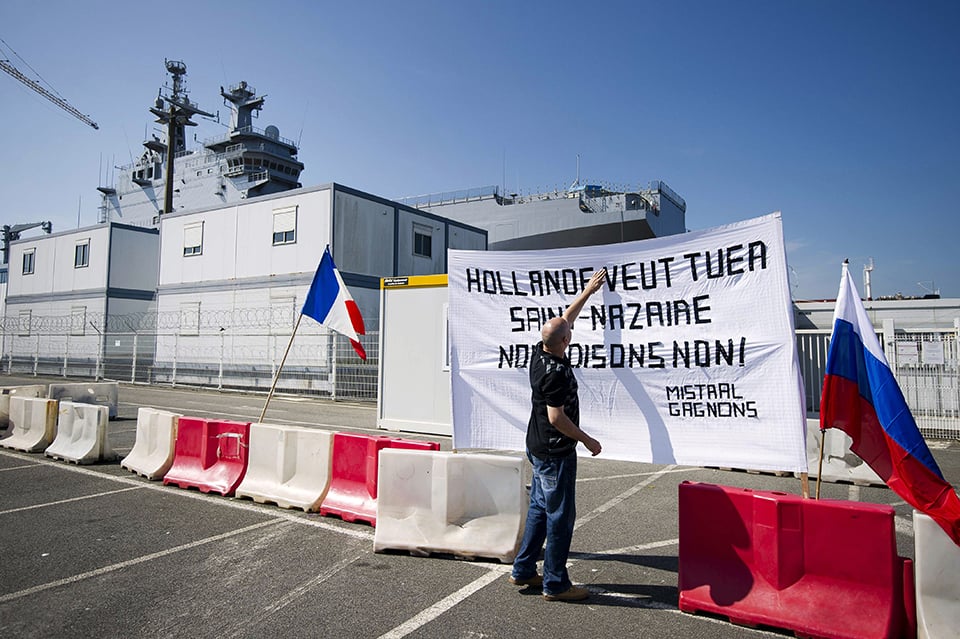 On the eve of the NATO summit in early September, French President François Hollande announced he was delaying the scheduled delivery of the first of two Mistral helicopter carriers because of Russian intervention in Ukraine. At that time, Hollande said he had two conditions for approving delivery of the ship—a cease-fire in Ukraine and a political settlement that resolves the country’s crisis. He said he would make a decision in “late October.”

Germany and the United Kingdom had called on France to cancel the contract, which is worth 1.1 billion euro ($1.4 billion), so as not to bolster Russian military capabilities. According to news reports, France may have to pay a substantial penalty if it does not fulfill the contract, which was signed in June 2011.

In an Oct. 17 e-mail to Arms Control Today, a spokesman for the French embassy in Washington pointed to remarks Hollande had made the previous day in Milan. In those comments, Hollande reiterated his conditions for approving the delivery of the first carrier, saying that the cease-fire “needs to be fully respected in Ukraine and the crisis resolution plan…needs to be fully implemented.”

The spokesman said that no date has been set for Hollande’s decision.