A resolution mandating the beginning of negotiations on a treaty to prohibit nuclear weapons, slated to be debated in the UN General Assembly First Committee in October, is likely to be approved by a majority of UN member states, according to diplomats, despite pre-emptive efforts by the United States and other nuclear-armed countries to thwart action on such a measure.

The push to begin negotiations on a ban treaty has grown out of the frustration of many UN member states at the slow pace of nuclear disarmament by the world’s nine nuclear-armed countries. The non-nuclear-weapon states argue that the humanitarian consequences of nuclear weapons use highlight the need to act with greater urgency to eliminate such weapons and to create new and alternative approaches and venues to spur progress toward that goal. 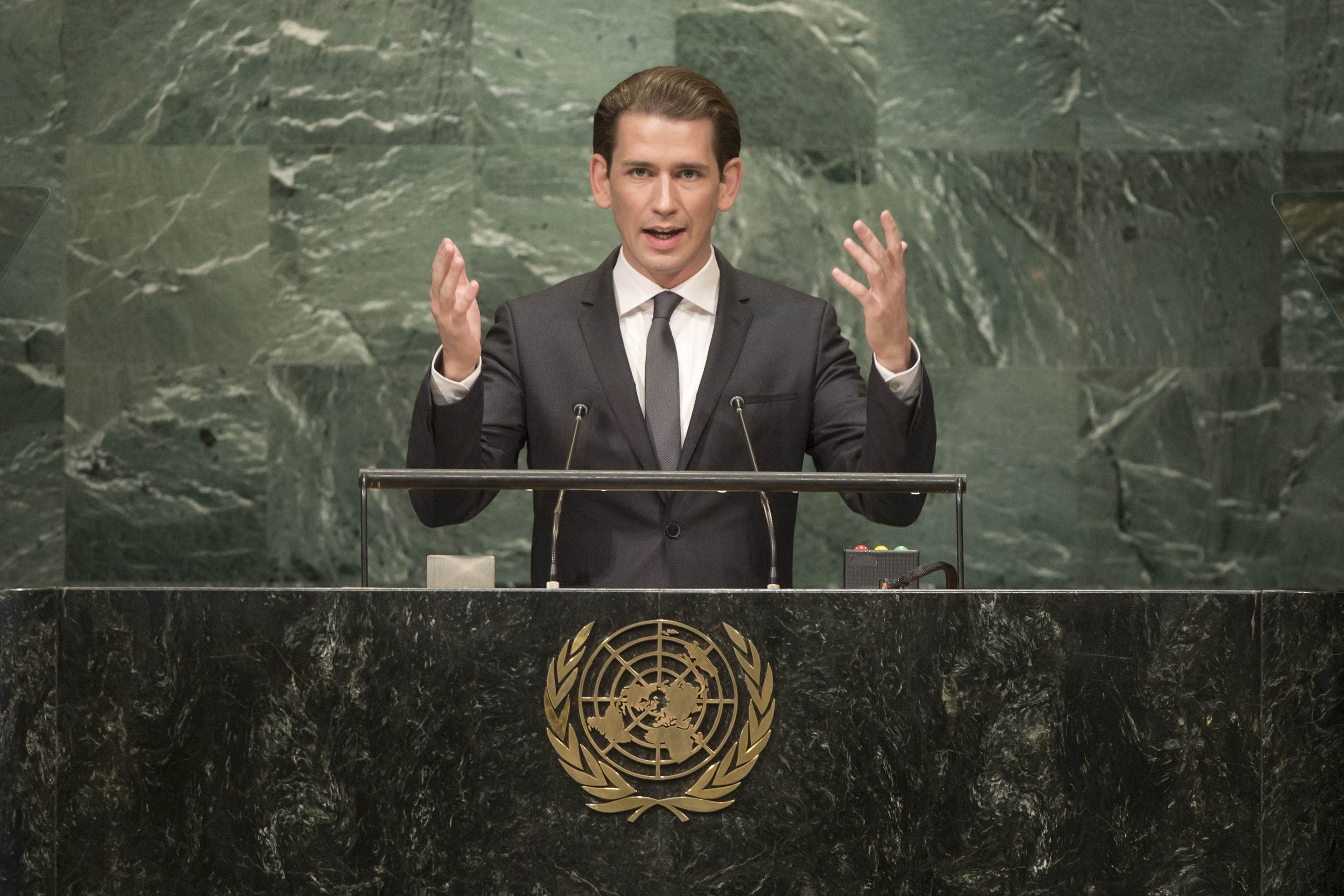 In a Sept. 21 speech at the United Nations, Austrian Foreign Minister Sebastian Kurz announced that his country, together with a group of other states, would press for such talks since “experience shows that the first step to eliminate weapons of mass destruction is to prohibit them through legally binding norms.”

The draft resolution—sponsored by Austria, Brazil, Ireland, Mexico, Nigeria, and South Africa—says the goal is “to negotiate a legally-binding instrument to prohibit nuclear weapons, leading towards [sic] their total elimination.” The draft circulated among UN diplomats calls for a one-day organizational meeting “as soon as possible” followed by two negotiating sessions totaling 20 working days in 2017.

The resolution does not set a deadline for the completion of talks or offer specifics on what the new instrument should contain. “We do not want to prejudice other countries’ views with regard to which aspects precisely should be dealt with in the negotiations,” Thomas Hajnoczi, Austria’s permanent representative to the UN Office at Geneva, said in a Sept. 22 email to Arms Control Today. “The exact scope will be part of the negotiation process.”

The resolution notes the groundwork laid by an open-ended working group that took place in Geneva this year, a forum that discussed ways to structure a nuclear-weapons ban and other steps to take for multilateral disarmament negotiations. On Aug. 19, by a vote of 68-22 with 13 abstentions, countries approved the final report of the open-ended working group, a forum in which all UN members can participate. (See ACT, September 2016.) The report noted that “a majority of states expressed support for the commencement of negotiations in the General Assembly…on a legally-binding instrument to prohibit nuclear weapons.”

The report said a new instrument “would establish general prohibitions and obligations,” which could include a number of elements, such as “prohibitions on the acquisition, possession, stockpiling, development, testing and production of nuclear weapons.” The report added that a ban treaty “would be an interim or partial step toward nuclear disarmament” because it would leave measures for actually eliminating nuclear weapons “for future negotiations.”

States supporting a ban treaty argued it would be “the most viable option for immediate action as it would not need universal support for the commencement of negotiations or for its entry into force,” according to the report. Hajnoczi noted that given the strong support at the open-ended working group for convening negotiations to prohibit nuclear weapons, “it is generally assumed” that there will be similarly robust support for the UN resolution.

Another European diplomat agreed, telling Arms Control Today that it would be “surprising if there is not a clear majority voting in favor of the resolution.”

The nuclear-armed countries have expressed strong opposition to commencing negotiations on a ban treaty, and none attended the open-ended working group in Geneva. Many U.S. allies such as Australia, South Korea, and many of the members of the NATO alliance, often labeled “umbrella states” because they rely on the U.S. nuclear arsenal to help protect them, have also expressed opposition to holding such negotiations.

In remarks at a conference in Kazakhstan on Aug. 29, Anita Friedt, U.S. principal deputy assistant secretary of state for arms control, verification, and compliance, called “on all states to reject unrealistic efforts to ban nuclear weapons.” Such a treaty would be “polarizing and unverifiable” and “could actually end up harming the proven, practical, and inclusive efforts that have achieved tangible results on disarmament and will continue to do so,” she said.

The United States and its allies instead back a “building blocks” approach to advancing nuclear disarmament. This approach calls for such measures as achieving entry into force of the Comprehensive Test Ban Treaty and commencing negotiations on further U.S. and Russian nuclear weapons reductions below the 2010 New Strategic Arms Reduction Treaty levels.

Ban supporters also favor these steps, but argue they have been on the international agenda for years and are no closer to being realized.