The UN Security Council adopted its first resolution specifically supporting the Comprehensive Test Ban Treaty (CTBT), with the vote intended to reaffirm the global norm against nuclear testing and to encourage the ratifications necessary to trigger the treaty’s entry into force.

Resolution 2310, introduced by the United States, was approved 14-0, with Egypt abstaining. A total of 42 countries, including Israel, co-sponsored the resolution, which comes 20 years after the treaty was opened for signature. 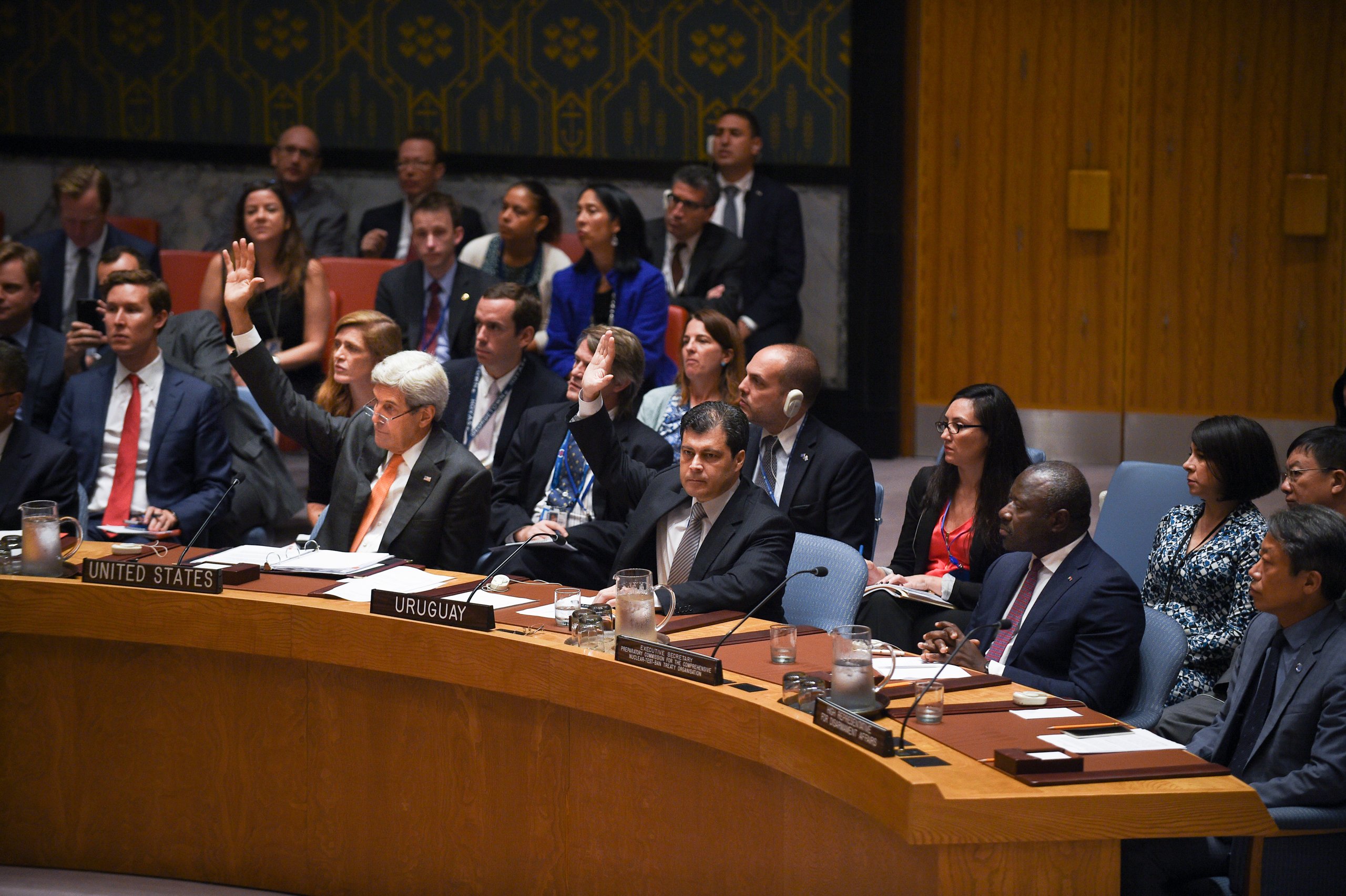 The CTBT has not entered into force because eight key states—China, Egypt, India, Iran, Israel, North Korea, Pakistan, and the United States, also known as the Annex 2 states—have failed to ratify it. The resolution, adopted Sept. 23, urges those countries to ratify “without further delay” and calls on all states to refrain from conducting nuclear tests, emphasizing that current testing moratoria contribute to “international peace and stability.”

The resolution also took note of a Sept. 15 joint statement by the five permanent Security Council members recognizing that “a nuclear-weapon test explosion or any other nuclear explosion would defeat the object and purpose of the CTBT.” By endorsing this language, the resolution affirmed the view of these five states that even before the treaty enters into force, all 183 CTBT signatories have an existing obligation not to conduct nuclear test explosions.

Before the vote, Egypt criticized the council for “squandering” an opportunity to emphasize the urgent need to advance nuclear disarmament, while noting that Egypt nevertheless “fully supports the purpose and objectives” of the CTBT. 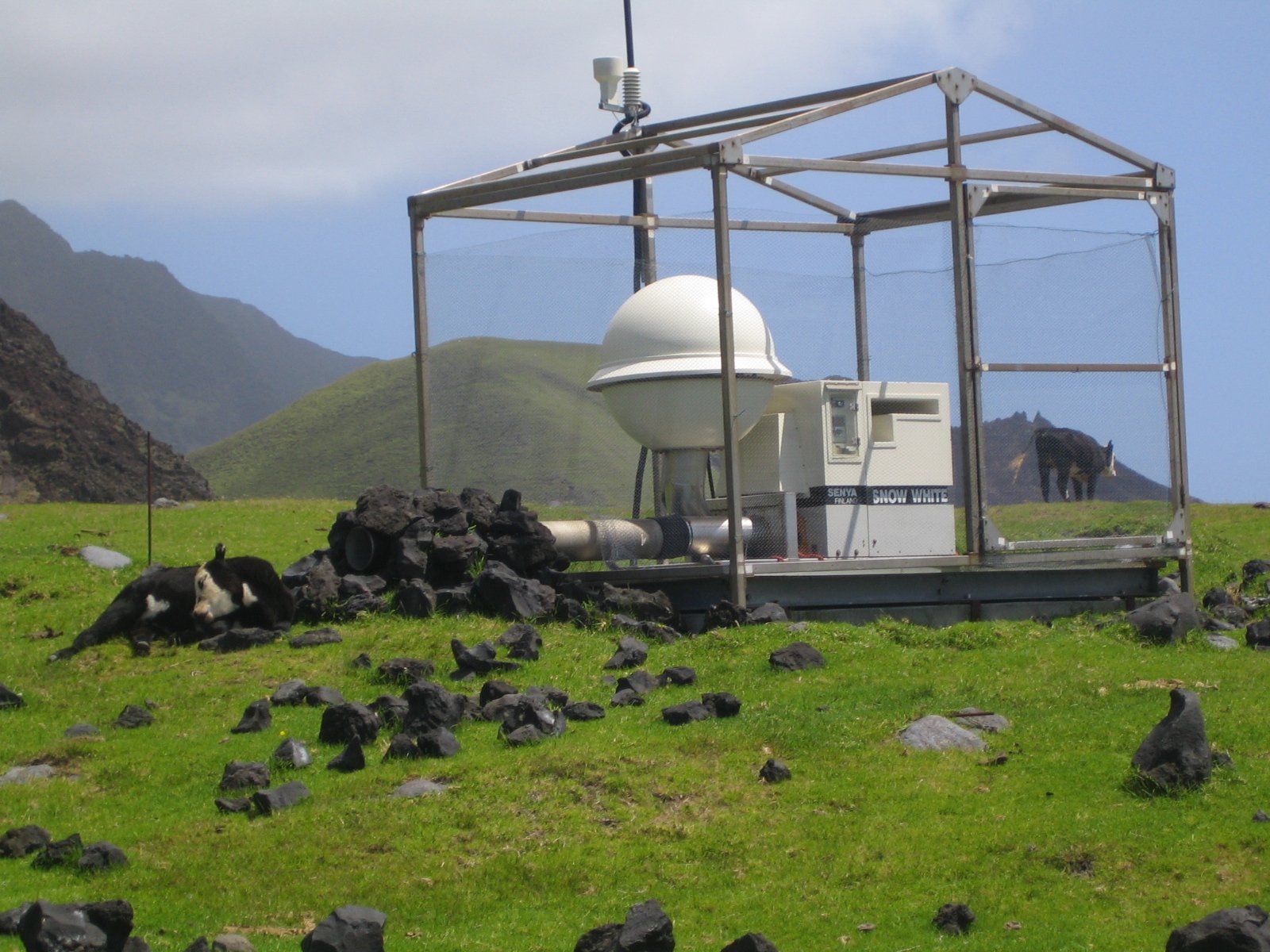 U.S. Secretary of State John Kerry emphasized that although the council resolution “does not impose a legal prohibition on testing…it does reinforce the core purposes and objectives of the CTBT itself: to diminish our reliance on nuclear devices, to reduce competition among nuclear powers, and to promote responsible disarmament.”

After the resolution was adopted, CTBTO Executive Secretary Lassina Zerbo, speaking outside the council chamber, told reporters that he “can only welcome any initiative that serves to strengthen the norm against nuclear testing.” He noted the timeliness of the resolution, given the commemoration of the treaty’s 20th anniversary of opening for signature and North Korea’s continued nuclear test explosions.

Zerbo said the resolution is not intended to circumvent the need for ratification by key countries. “The process for ratification remains the ultimate way to get the treaty into force,” he said.

Resolution 2310 was adopted on the heels of the eighth “Friends of the CTBT” ministerial meeting held at UN headquarters Sept. 21. Thirteen foreign ministers and other high-level diplomats such as U.S. Undersecretary of State Rose Gottemoeller, UN Secretary-General Ban Ki-moon, and Zerbo spoke at the hour-long gathering. Among the ministers were representatives from Swaziland and Myanmar, nations that officially ratified the CTBT later that afternoon, bringing the number of treaty ratifications to 166.

A joint ministerial statement released at the meeting condemned North Korea’s ongoing nuclear testing and called for prompt CTBT entry into force. Some diplomats were even more forceful in their statements, such as when Canadian Minister of Foreign Affairs Stéphane Dion individually called out by name the eight states that are left of the 44 states listed in Annex 2 of the treaty whose ratifications are necessary to make the accord legally binding.

Some Republican members of the U.S. Congress raised objections to the Security Council initiative and the proposed statement by the permanent members, before either were adopted or published, asserting that those measures might create a new legal prohibition on testing and bypass Congress’s role in ratifying treaties.

Senate Foreign Relations Committee Chairman Bob Corker (R-Tenn.) expressed concern at a Sept. 7 hearing that the political statement referenced by the resolution would establish a new legal restriction on signatories by affirming that nuclear tests would defeat the “object and purpose” of the treaty. Such an interpretation would not apply to the United States because the Senate did not provide its advice and consent for ratification when it voted on the treaty in October 1999, he said.

But in a Sept. 7 letter to the committee, Kerry said, “Although the policy of the last administration was not to pursue U.S. ratification of the CTBT, that has not been the current administration’s policy.”

Kerry continued that, “as a matter of international law, treaty signatories are obliged to refrain from acts which would defeat the object and purpose of a treaty, unless they make their intention clear not to become a party to the treaty.” Until another administration makes clear that the United States no longer intends to become a party to the treaty, as a “well-established principal of treaty law,” the United States will continue to have these obligations, he said.

Nevertheless, on Sept. 8, Sen. Marco Rubio (R-Fla.) and 32 other Republican senators wrote to President Barack Obama threatening to seek to cut off U.S. funding for the CTBTO. Then, on Sept. 20, Sen. Tom Cotton (R-Ark.) and 12 other senators and Rep. Joe Wilson (R-S.C.) and one colleague in the House introduced parallel bills threatening to bar U.S. funding for the CTBTO if the resolution “obligates the United States or affirms a purported obligation of the United States to refrain from actions that would run counter to the object and purpose” of the CTBT. The United States provides nearly a quarter of the funding for the CTBTO, including for maintenance and operation of the IMS, which serves to detect and deter nuclear testing, even before the CTBT enters into force.

But after the Security Council resolution was adopted, Corker, Cotton, and Rubio each released a statement acknowledging that the council action does not create a new legal prohibition or what Corker called a “backdoor process” to implement a treaty the Senate has not ratified.

Other members of Congress supported the initiative, including three members of the House Armed Services strategic forces subcommittee, who issued a joint statement Sept. 23 welcoming the passage of the resolution and the joint statement. Reps. John Garamendi (D-Calif.), Rick Larsen (D-Wash.), and Loretta Sanchez (D-Calif.) said the resolution and joint statement reaffirm the U.S. commitment to a voluntary, national nuclear testing moratorium and to “responsible science-based management” of the U.S. nuclear weapons stockpile.

In a reference to Republican threats to defund the CTBTO, they noted that doing so would “threaten” the world’s ability to monitor nuclear tests in North Korea and would be “counterproductive” to U.S. security interests.