– Vincent Intondi
Author, "African Americans Against the Bomb: Nuclear Weapons, Colonialism, and the Black Freedom Movement"
July 1, 2020
The Debate Over Banning the Bomb

For seven decades, UN members have pushed and prodded the world’s nuclear-armed states to address the threats posed by nuclear weapons. The first resolution of the UN General Assembly First Committee on international security, which was adopted in 1946, established a commission to make proposals for “the elimination from national armaments of atomic weapons and of all other major weapons adaptable to mass destruction.”

This month, for the first time, the UN will consider a resolution to launch formal, multilateral negotiations in 2017 on a “legally-binding instrument to prohibit nuclear weapons, leading towards their total elimination.” Sponsored by Austria, Brazil, Ireland, Mexico, Nigeria, and South Africa, it will likely be approved with more than 120 states in support. The proposal may allow for consideration of several options and proposals, including a ban treaty. 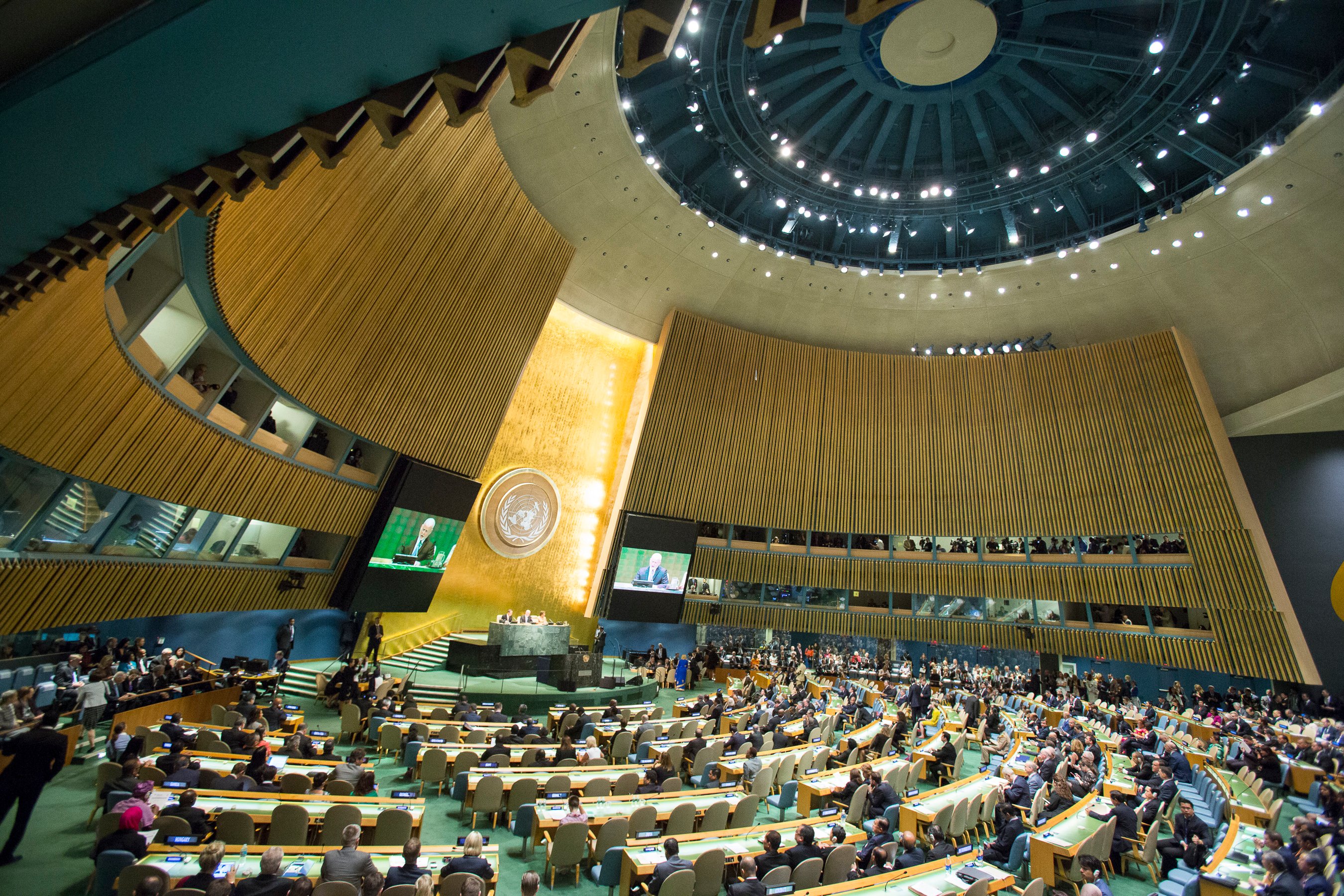 The resolution follows three international conferences in 2013 and 2014 to consider the humanitarian impact of nuclear weapons use and an open-ended working group on nuclear disarmament in 2016.

At its core, the initiative is an expression of frustration with the inability of the nuclear-armed states to follow through on their nuclear Nonproliferation Treaty (NPT) Article VI disarmament commitments. Non-nuclear-weapon states argue, justifiably, that the grave risks posed by nuclear weapons underscores the need to act with greater urgency.

In response, major nuclear-weapon states insist that the pursuit of disarmament must be “step by step,” which requires time and the right security conditions. They reject the new initiative to negotiate a ban treaty or framework for the elimination of nuclear weapons as “unrealistic.” Some U.S. officials argue it would be “polarizing and unverifiable” and distract from more effective disarmament initiatives.

The reality is that, since 2010, the pace of progress on disarmament has been underwhelming at best. For nearly two decades, the multilateral Conference on Disarmament has failed to agree to begin talks on the long-sought ban on fissile material production, as well as on other disarmament proposals, due to the blocking strategies of a few states.

In 2013, President Barack Obama invited the Kremlin to negotiate a further one-third cut in U.S. and Russian strategic arsenals. But President Vladimir Putin has said “Nyet,” and the nuclear-armed states have failed to advance new nuclear disarmament initiatives.

Meanwhile, a new, global technological arms race is underway. Nuclear risks and tensions are growing. The United States, Russia, and the United Kingdom are poised to spend vast sums to improve and maintain their Cold War nuclear delivery systems for decades to come. Russia is believed to be developing new types of nuclear weapons. China, India, and Pakistan are also introducing new nuclear capabilities.

Clearly, as most non-nuclear-weapon states contend, in order to attain and maintain a world free of nuclear weapons, it will be necessary, at some point, to establish a legally binding norm to prohibit such weapons. A ban treaty or framework agreement on their elimination is fundamentally consistent with the spirit of Obama’s 2009 call for action to seek the peace and security of a world without nuclear weapons, and it would advance the goals of the NPT. To suggest otherwise defies common sense.

Although the world’s nuclear-armed states will likely boycott the negotiations, the process and the final product could help to further delegitimize nuclear weapons and strengthen the legal and political norm against their use—a worthy goal.

Negotiations on a ban on nuclear weapons development, possession, and use are not a substitute for necessary, progressive steps on nuclear disarmament. Nuclear disarmament is a joint global enterprise. Nuclear- and non-nuclear-weapon states can and should do more to promote concrete action on disarmament and nonproliferation. These include verifiable cuts in nuclear arsenals, adoption of new policies that reduce the risk of nuclear use, securing a fissile cutoff and control treaty, entry into force of the global ban on nuclear testing, and measures to establish the conditions for new nuclear-weapon-free zones.

How should the United States respond? Rather than foster resentment by actively lobbying states not to vote for the resolution and participate in the negotiation, Obama administration officials and their successors should take the high road. They could simply say that, “at this time, given the global security environment, we cannot join the ban treaty but look forward to observing the negotiations and will continue to work with all states to pursue more effective, verifiable measures to achieve a world free of nuclear weapons.”

Washington also can provide stronger leadership to jump-start progress on effective measures to ease nuclear tensions and reduce the role, number, and skyrocketing cost of nuclear weapons. For example, the current or next president could direct the Pentagon to trim the U.S. deployed strategic nuclear arsenal by one-third, which would still meet official U.S. deterrence requirements, regardless of whether Russia reciprocates.

Achieving and maintaining a world without nuclear weapons requires bold and sustained action. The coming ban treaty negotiations are not an all-in-one solution, but do represent an important new contribution.