(WASHINGTON, DC)—Today, the Trump administration released controversial changes that will be published in the Federal Register Jan. 23 to federal rules on how certain firearms and military-style weapons are sold abroad. Under the new rules, nonautomatic and semi-automatic firearms, their ammunition, and certain other weapons currently controlled under the State Department-led U.S. Munitions List (USML) would move to the Commerce Department's Commerce Control List (CCL).

One effect of the rules change would be that Congress would lose its ability to provide oversight on the sales of these weapons to other countries.

In December, after the compromise National Defense Authorization Act removed a provision in the House's version that would have prohibited the changes, Senator Robert Menendez (D-N.J.) put a hold on the implementation of the administration’s revised firearms export rules.

"The administration's decision to no longer consider semi-automatic assault weapons, select sniper rifles, and their ammunition as weapons of war, but instead as commercial items, is dangerous and misguided. It is in the U.S. national security interest to maintain tighter control over military-style weapons that are too often misused to commit human rights abuses and perpetuate violent conflicts.

The administration’s firearms export rule changes would compound the damage caused by Trump’s rejection last year of the United States’ signature on the 2014 global Arms Trade Treaty, which requires that other states meet arms export control standards that the United States has had in place for many years.

Changes would put profits over national and international security

Trump administration proposals making changes to how certain firearms are exported were put on hold in December, just days before they could have been published. It was the second time in 2019 that Sen. Bob Menendez (D-N.J.), ranking member on the Foreign Relations Committee, asked the administration to delay the changes.

His Dec. 10 request came one day after the final version of the National Defense Authorization Act was announced, which dropped a House-approved amendment to prohibit the changes. (See ACT, December 2019.) The latest version of the revised rules had been sent to Congress on Nov. 12, starting a 30-day clock before they could be formally published. The administration can now choose to ignore the hold, risking upsetting Menendez and others.

Under the proposed rules, export controls for semiautomatic and nonautomatic firearms and their ammunition, as well as certain other weapons, would be moved from the State Department-led U.S. Munitions List to the Commerce Department-led Commerce Control List. In making such a change, Congress would no longer receive notifications of proposed sales.

As he did in a letter dated Feb. 22, when he first had placed a hold on the proposed rules, Menendez insisted that Congress continue to be notified. He indicated, however, that he would no longer insist on a hold related to 3D printing concerns. Revised rules proposed in November said that the Commerce Department would mandate licenses for online publication of 3D printing plans. Menendez still indicated concern and demanded that Commerce “maintain a policy of ‘presumption of denial’ for any license application."—JEFF ABRAMSON

Looking Ahead 2020: Arms Trade Issues Should See Center Stage in the U.S. Election

Authored by Jeff Abramson on December 16, 2019
A version of this post was the first of a series of short blog posts , to be published by the ACA's Forum on the Arms Trade, which will feature perspectives from Forum experts on weapons use, the arms trade, and security assistance in 2020. The "should" in the title to this post is not an admonition, but rather a prediction. And a bold one. An impeachment effort is now underway related to conditions placed on security assistance to Ukraine. Plus, four Presidential vetoes were used in 2019: one to stop Congressional assertion of war powers in relation to the war in Yemen, and three to override... 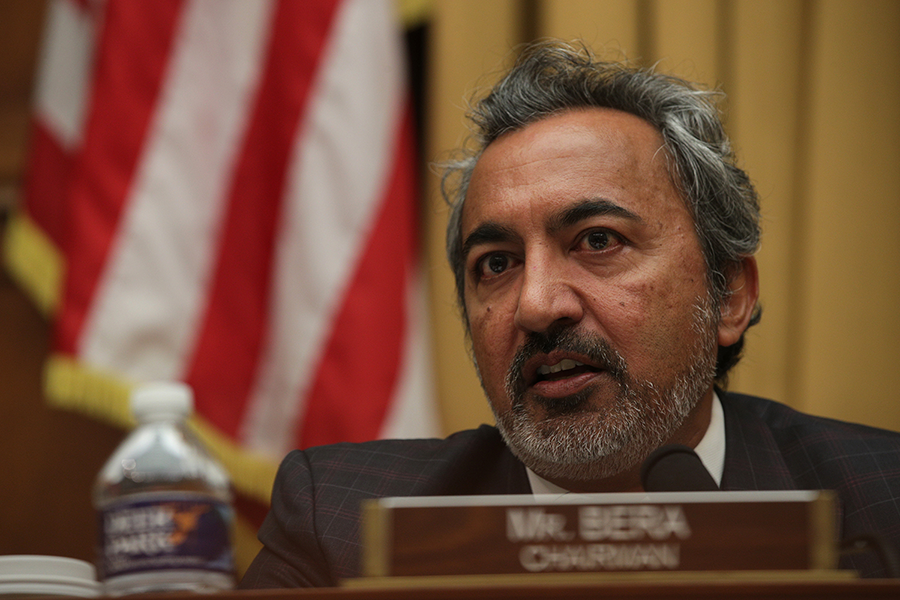 As Trump and Erdogan Meet, The U.S. Hopes to Resume F-35 Arms Sales to Turkey

(WASHINGTON, DC)—Media reports indicate that the Trump administration has taken the decision to move forward with rules that could expedite how certain firearms and military-style weapons are sold internationally. Under the new rules, nonautomatic and semi-automatic firearms, their ammunition, and certain other weapons currently controlled under the State Department-led U.S. Munitions List would move to the Commerce Department's Commerce Control List (CCL).

Under the new rules, Congress would lose its ability to provide oversight on these sales. The House version of the National Defense Authorization Act would prohibit the changes, but the NDAA has stalled in Congress. Moving forward would appear to override a hold that Senator Bob Menendez (D-N.J.) put on the changes in February.

"We need to maintain tight export controls on the types of military-style weapons that are often misused to commit human rights abuses and that perpetuate violent conflicts that hurt vulnerable civilian populations. The Trump administration’s plan to remove military-style weapons from the State Department’s review and Congressional notification processes is bad policy.
The proposed change in policy makes it easier to sell U.S. weapons abroad and might help the bottom line of a few gun makers, but it threatens to undermine long-term global security and decades of more responsible U.S. arms transfer policy."
– Jeff Abramson, Senior Fellow, Arms Control Association

Under new rules from the Trump administration, Congress would lose its ability to provide oversight on how certain firearms and military-style weapons are sold internationally.