“What's really strikes me about ACA is the potential to shape the next generation of leaders on arms control and nuclear policy. This is something I witnessed firsthand as someone who was introduced to the field through ACA.”
– Alicia Sanders-Zakre
ICAN
June 2, 2022
The Nuclear Nonproliferation Initiatives Mapping Project

Since the nuclear Nonproliferation Treaty (NPT) entered into force in 1970, states have formed voluntary initiatives to compliment the treaty’s goals and objectives.  By allowing self-selecting states to move beyond the status quo to strengthen norms and target areas of concern, these initiatives play a critical role in addressing gaps in the existing nonproliferation and nuclear security architecture.

Five of the key regimes that support the NPT include the Global Initiative to Combat Nuclear Terrorism (GICNT), the Missile Technology Control Regime (MTCR), the Nuclear Suppliers Group (NSG), the Proliferation Security Initiative (PSI), and the G7 Global Partnership Against the Spread of Weapons of Mass Destruction (G7). This resource tracks the geographic scope of each initiative, provides a state-by-state listing of participation across all five groups, and makes recommendations for growth and collaboration among initiatives

Strengthening these voluntary initiatives that target gaps in the nonproliferation and nuclear security architecture is critical given the expressed interest of terrorist groups like the Islamic State in developing or obtaining weapons of mass destruction (WMDs), the spread of non-state actor networks across the globe, and the expanding interest by states in civil nuclear programs. The flexibility of these initiatives allow states to respond more quickly to emerging threats or evolving proliferation patterns and develop practices that extend beyond international obligations defined by treaty law. They also provide a forum for groups of states to tailor specific activities to address regionally-specific proliferation and security concerns.

Additionally, several of these initiatives invites participation from states, namely India, Israel, and Pakistan, that remain outside of the NPT.As such, these voluntary groups can contribute to influencing the nonproliferation and nuclear security actions of states not bound by international treaty commitments.

Yet the voluntary nature of these regimes also has drawbacks. Poor transparency, ineffective coordination, weak enforcement mechanisms, and uneven membership distribution are just a few of the challenges that these initiatives face. Additionally, once an initiative establishes a pattern of activity and decision making, it can be difficult to change course to adopt new priorities or recognize that it has outlived its usefulness and close out its work.

Across the board, there are lessons that can be derived from analyzing the impact of these five initiatives. In general, initiatives should consider the alignment of their priorities to current threats, geographic representation, coordination, and compliance.

While the flexible nature of voluntary initiatives allows for adaptability as new nonproliferation or security threats emerge, there are still gaps in the global architecture. Emerging technologies and cyber threats pose new risks to the existing regime. Strengthening controls and safeguards as technologies change will be critical, and an area where voluntary initiatives could play an important role in developing best practices and norms. Radioactive source security is another possible area of work. These materials are found in almost every country around the world and security varies widely. Given the spread of non-state actors and their willingness to use chemical weapons, a move to explosives that spread radioactive material is an increasingly likely possibility. Expanded attention to source security and preventing the theft of such materials in a dirty bomb attack could be given greater priority by voluntary initiatives.

Across theses five initiatives there is clear underrepresentation of certain geographic areas, such as Central America, Africa, and the Asia-Pacific. Given the spread of non-state actor networks and the expanding problem of secondary proliferation, expanding the geographic scope of initiatives like the GICNT, PSI, and Global Partnership could enhance prevent the emergence of, or block existing, proliferation networks. Atonally, expanded interest in civil nuclear power programs across regions like the Middle East and South Asia will necessitate enhanced nuclear security and counter proliferation efforts to prevent misuse or diversion of civil program. Greater geographic representation can also facilitate regional approaches to emerging threats and illicit trafficking trends than might be unique to particular areas.

This is not to argue that universality should be a goal for every voluntary initiative. Membership without buy-in and capacity to support the group’s work will prevent any initiative from realizing its full potential and could undercut efforts of other member states. Additionally, given the decision making structure of some initiatives, universality or expanded membership could prove unwieldy. For regimes that rely on consensus based decision making, increasing membership can inhibit the adaptability and responsiveness of a regime. Rather these initiatives should consider enlisting key states for membership as part of a strategic plan and consider the impact of expanded participation on decision making and adaptability.

Currently, there is little evidence of active efforts by voluntary initiatives to coordinate activities and amplify results. There are a number of areas were complimentary exercises or workshops could prove beneficial by providing a more holistic approach to address weaknesses in nonproliferation and nuclear security architecture. For instance, if exercises expose gaps in nuclear detection architecture or interdiction capabilities, initiatives like the Global Partnership that provide funding could provide funding to plug those gaps. Additionally, sharing information between states and relevant international organizations like the International Atomic Energy Agency about sensitive exports could indicate a pattern of proliferation behavior that could better inform efforts to disrupt supply chains, strengthen detection networks, or deny additional exports.

Given the voluntary nature of these regimes, there is no clear enforcement mechanism for violating the guidelines or norms established by the regime. Nor are there mechanisms to compel states to act in accordance with suggested activities. Given the voluntary nature of these regimes, punitive measures for failing to comply with initiative obligations are extremely unlikely. However, building in benefits for cooperation or provide a greater record of transparency regarding participation and implementation might entice states to take more meaningful action in support of an initiative’s goals. 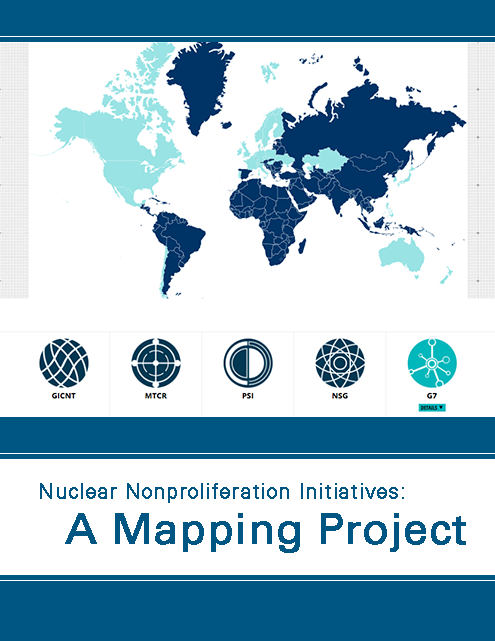