The Strategic Arms Reduction Treaty (START) I was signed July 31, 1991, by the United States and the Soviet Union. This was the first treaty that required U.S. and Soviet/Russian reductions of strategic nuclear weapons. It was indispensable in creating a framework that ensured predictability and stability for deep reductions.

In December 1991, the Soviet Union dissolved, leaving four independent states in possession of strategic nuclear weapons: Russia, Belarus, Ukraine, and Kazakhstan. This caused a delay in the entry into force of the treaty. On May 23, 1992, the United States and the four nuclear-capable successor states to the Soviet Union signed the Lisbon Protocol, which made all five nations party to the START I agreement.

START I entered into force Dec. 5, 1994, when the five treaty parties exchanged instruments of ratification in Budapest.

Reductions of nuclear weapons were completed by the deadline of December 5, 2001, seven years after entry into force, and maintained for another eight years. States were verified by on-site inspections and shared missile telemetry. Both the United States and the Russian Federation continued reduction efforts even after reaching the START limits. 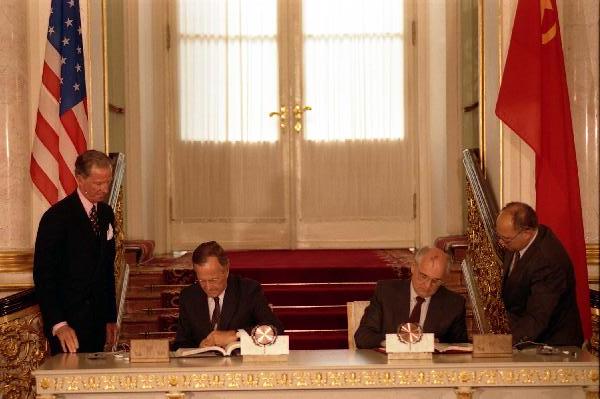 The full text of START and related documents are available here