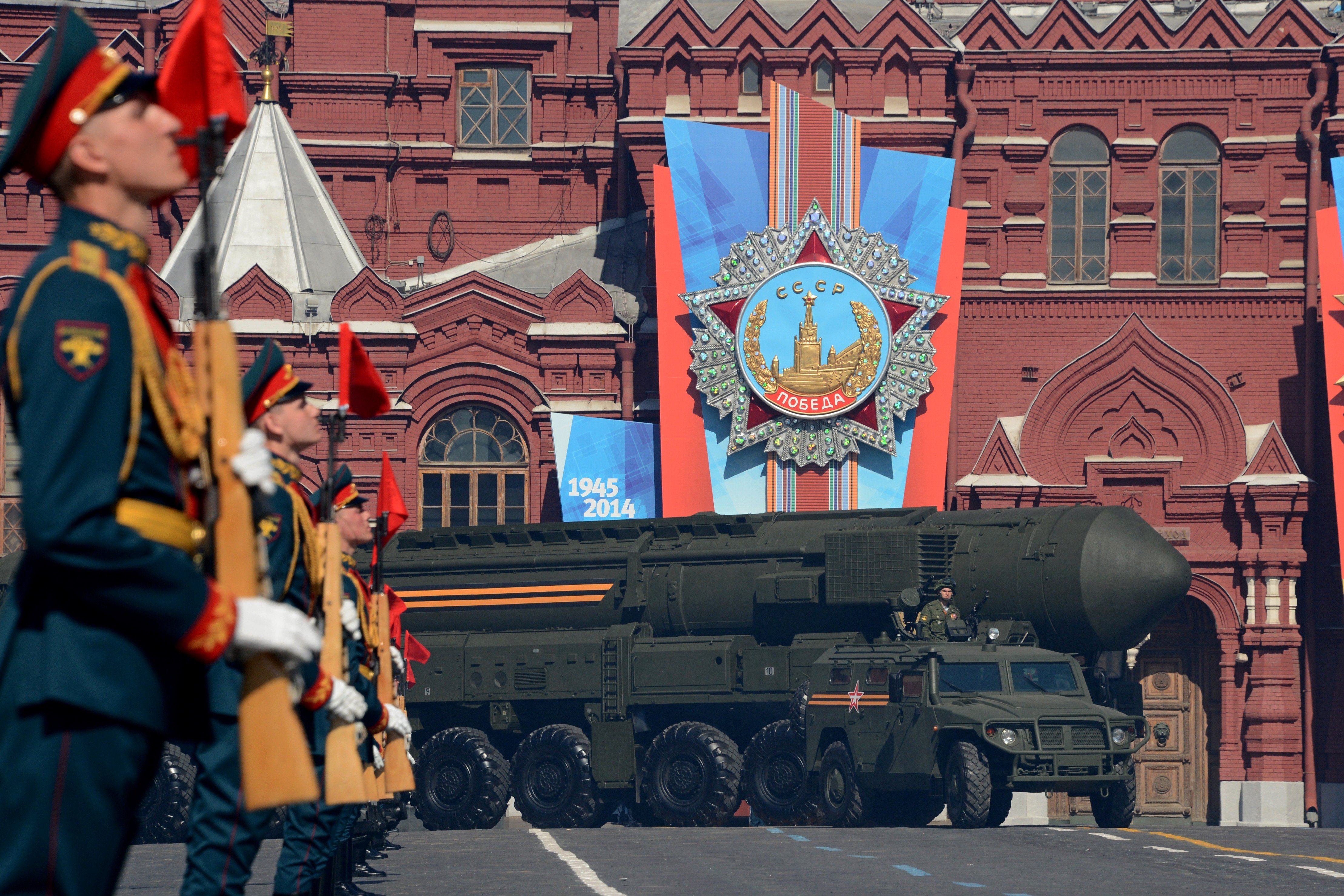 Established in April 1987, the voluntary Missile Technology Control Regime (MTCR) aims to limit the spread of ballistic missiles and other unmanned delivery systems that could be used for chemical, biological, and nuclear attacks. The regime urges its 35 members,1 which include most of the world's key missile manufacturers, to restrict their exports of missiles and related technologies capable of carrying a 500-kilogram payload at least 300 kilometers or delivering any type of weapon of mass destruction.2

Since its inception, the MTCR has been credited with slowing or stopping several missile programs by making it difficult for prospective buyers to get what they want or stigmatizing certain activities and programs. Argentina, Egypt, and Iraq abandoned their joint Condor II ballistic missile program. Brazil, South Africa, South Korea, and Taiwan also shelved or eliminated missile or space launch vehicle programs. Some Eastern European countries, such as Poland and the Czech Republic, destroyed their ballistic missiles, in part, to better their chances of joining the MTCR.3 The regime has further hampered Libyan and Syrian missile efforts.

Yet, the regime has its limitations. Iran, India, North Korea, and Pakistan continue to advance their missile programs. All four countries, with varying degrees of foreign assistance, have deployed medium-range ballistic missiles that can travel more than 1,000 kilometers and are exploring missiles with much greater ranges. India is testing missiles in the intercontinental range. These countries, which are not MTCR members except India, are also becoming sellers rather than simply buyers on the global arms market. North Korea, for example, is viewed as the primary source of ballistic missile proliferation in the world today. Iran has supplied missile production items to Syria.

In July 2020, the United States announced that it would reinterpret its implementation of Category I controls with regards to drones that travel at speeds below 800 kilometers per hour. This change lifts the strict Category I export restriction on several American-made drones like the Predator and Reaper.

How the MTCR Works

Each MTCR member is supposed to establish national export control policies for ballistic missiles, cruise missiles, unmanned aerial vehicles, space launch vehicles, drones, remotely piloted vehicles, sounding rockets, and underlying components and technologies that appear on the regime's Material and Technology Annex. Members can add items to or subtract them from the annex through consensus decisions.

Potential exports of Category I and II items are to be evaluated on a case-by-case basis. Approval for Category I exports is supposed to be rare. The regime's guidelines, which set out criteria for weighing possible exports, instruct members that "there will be a strong presumption to deny" Category I transfers. No exports of production facilities are to be authorized. MTCR restrictions for Category II exports are less severe, largely because many items in the category also have civilian uses. Members, however, are still asked to exercise caution in making such deals. No member can veto another's exports.

The MTCR identifies five factors that members should take into account when evaluating a possible export of controlled items:

Because the regime is voluntary and the decision to export is the sole responsibility of each member, the MTCR has no penalties for transfers of controlled items. However, U.S. law mandates that Washington sanction entities-individuals, companies, or governments (whether they are MTCR members or not)-exporting MTCR-controlled items to certain countries identified as proliferators or potential threats to U.S. security. Sanctions may also be levied if the United States judges the transfer contrary to the MTCR. Typically, Washington prohibits the charged entity from signing contracts, receiving aid, or buying arms from the U.S. government for a period of two years. Sometimes the penalties can be imposed for longer lengths of time or extended to commercial imports and exports as well.

Several countries have pledged to abide by the MTCR without joining it. Israel, Romania, and the Slovak Republic have all committed to maintaining export controls consistent with the regime.

After several years of the U.S. curtailing its sale of missiles and missile technologies, China announced in November 2000 that it would not help other countries build ballistic missiles capable of delivering nuclear weapons. Beijing, which was a key contributor to Pakistan's missile development, and has in the past provided sensitive technology to countries like North Korea and Iran, also pledged that it would issue a comprehensive list of controlled items requiring government approval before export. That list, however, was not published until August 2002. In 2004, China applied for MTCR membership, and, at the time, voluntarily pledged to follow the regime's export control guidelines. Although China no longer sells complete missile systems and has tightened its export controls, its membership was rejected due to concerns that Chinese entities continued to provide sensitive technologies to countries developing ballistic missiles, such as North Korea.

In 2008 India voluntarily committed to following the MTCR export control guidelines, since that time the United States has been working to secure India's membership in the regime. India's announcement was made shortly before the Nuclear Suppliers Group granted an exemption to India. New Delhi continues to develop its own ballistic missile program. In June 2015, India formally applied for membership in the regime, but Italy blocked consensus on its application during the October 2015 plenary. Nine other countries applied as well in 2015, none of which were admitted into the regime. India was later admitted in June 2016.

MTCR members spearheaded a voluntary November 2002 initiative, the Hague Code of Conduct Against Ballistic Missile Proliferation (formerly known as the International Code of Conduct Against Ballistic Missile Proliferation), calling on all countries to show greater restraint in their own development of ballistic missiles capable of delivering weapons of mass destruction and to reduce their existing missile arsenals if possible. The aim of the initiative is to establish a norm against missiles that could be armed with chemical, biological, or nuclear warheads. As part of the initiative, participating countries are to annually exchange information on their ballistic missile and space launch vehicle programs, as well as provide advance notice of any launches of ballistic missiles or space launch vehicles. The Hague Code of Conduct has 143 member states, including all MTCR members except Brazil. Brazil has expressed concerns about how the initiative might affect its space program.

2. Originally, the MTCR was limited to stopping the proliferation of nuclear-capable missiles, which was defined as a missile able to travel at least 300 kilometers with a 500-kilogram payload. Five hundred kilograms was considered the minimum weight of a first generation nuclear warhead, while 300 kilometers was believed to be the minimum distance needed to carry out a strategic strike. Members agreed in the summer of 1992 to expand the regime's objective to also apply to missiles and related technologies designed for chemical and biological weapons. That change took effect in January 1993. The move effectively tasked members with a making a more difficult and subjective assessment about an importer's intentions, as opposed to denying a specific capability (a missile able to deliver a 500-kilogram payload at least 300 kilometers), because many more missiles and unmanned delivery vehicles could be adapted to deliver lighter chemical and biological weapons payloads.

3. Prospective MTCR members must win consensus approval from existing members. U.S. policy is that new members that are not recognized nuclear-weapon states must eliminate or forgo ballistic missiles able to deliver a 500-kilogram payload at least 300 kilometers. The United States, however, made an exception in 1998 for Ukraine, permitting it to retain Scud missiles. Three years later, Washington also agreed to let South Korea develop missiles with ranges up to 300 kilometers to secure its membership in the MTCR. Seoul previously agreed in 1979 to limit its missile development to those with ranges less than 180 kilometers. South Korea was granted another extension in October 2012. Seoul and Washington reached an agreement allowing South Korea to extend the range of its ballistic missiles to 800 kilometers with a 500 kilogram payload. This extension will allow Seoul to target all of North Korea. South Korea tested a ballistic missile with a range of 500 km in June 2015 and announced in October 2015 that it would deploy systems with an 800 km range in 2017.