The Trump administration announced on July 24 that it would unilaterally reinterpret how the United States will implement the 35-nation Missile Technology Control Regime (MTCR) in order to expedite sales of unmanned aerial vehicles (UAVs) to other countries. The move, which has been widely expected for some time, follows years of lobbying from major U.S. weapons manufacturers to allow more rapid export of large drones to a wider array of potential buyers. (See ACT, July/August 2020.) 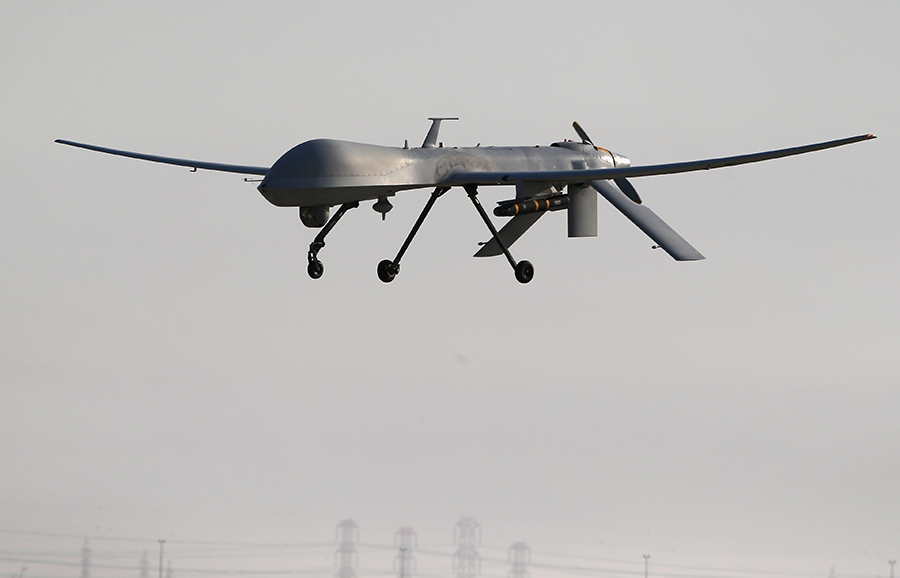 The MTCR divides weapons into two categories. Exports of Category I systems, including cruise missiles and unmanned aircraft that have a range of at least 300 kilometers and the ability to carry a payload of at least 500 kilograms, are subject to a “strong presumption of denial.”

The revised U.S. policy will reinterpret how the MTCR applies to drones that travel at speeds under 800 kilometers per hour, such as the Predator and Reaper drones, which are made by General Atomics, and the Global Hawk drone, which is made by Northrop Grumman. “The U.S. government will treat a carefully selected subset of MTCR Category I [unmanned aerial systems (UAS)] with maximum airspeed less than 800 kilometers per hour as Category II,” according to a State Department fact sheet on the new policy.

In a statement, R. Clarke Cooper, the assistant secretary of state for political-military affairs, said, “We think this kind of reform is necessary in order to respond to a rapidly changing technological environment. With the growing proliferation of [the] technology, particularly by China, coupled with a growing demand for UAS for both military and commercial applications, we need to adjust U.S. policies to address U.S. national security concerns.”

“Not only do these outdated standards give an unfair advantage to countries outside of the MTCR and hurt United States industry, they also hinder our deterrence capability abroad by handicapping our partners and allies with subpar technology,” according to a White House statement on July 24.

The controversial move has been anticipated for weeks and has drawn criticism from several quarters. A chief concern is that the new U.S. interpretation of the MTCR, which depends on voluntary compliance, will prompt other missile- and drone-producing states to sidestep MTCR guidelines and weaken their value.

“This decision undermines a global regime, allows others to ignore international restraints, and focuses on economic benefits over U.S. national security, foreign policy and human rights concerns,” Rachel Stohl, a managing director at the Stimson Center and a member of the Arms Control Association Board of Directors, told Reuters on July 24.

“The policy change will not give the United States more access to markets that the Chinese or Israelis already dominate,” Stohl told GovExec the same day. “The global market is increasingly focused on smaller UAVs, where Category I restraints do not apply. The decision further complicates U.S. relationships with multilateral regimes and further isolates the United States from its closest allies.”

“This reckless decision once again makes it more likely that we will export some of our most deadly weaponry to human rights abusers across the world,” Sen. Bob Menendez (D-N.J.), ranking member on the Senate Foreign Relations Committee, charged in a press statement.

Congressional Republicans and Democrats have bitterly complained that the Trump administration has sought to bypass congressional oversight of weapons transfers, and they have tried to block some major arms sales to states with subpar human rights records.

Among the states that could benefit from the new Trump policy on the MTCR are Saudi Arabia and the United Arab Emirates, both of which have been denied requests to acquire U.S.-built drones capable of carrying large payloads. These two countries have also been found to be guilty of air strikes against civilian targets in their proxy war in Yemen, which has led to tens of thousands of civilian deaths and famine in that country.

The MTCR has been a key element for decades in U.S. and international efforts to try to constrain global exports of missile technology to nations considered to be nuclear proliferation threats, such as Iran, Iraq, Libya, and North Korea.