“Your association has taken a significant role in fostering public awareness of nuclear disarmament and has led to its advancement.”
– Kazi Matsui
Mayor of Hiroshima
June 2, 2022
Worldwide Ballistic Missile Inventories 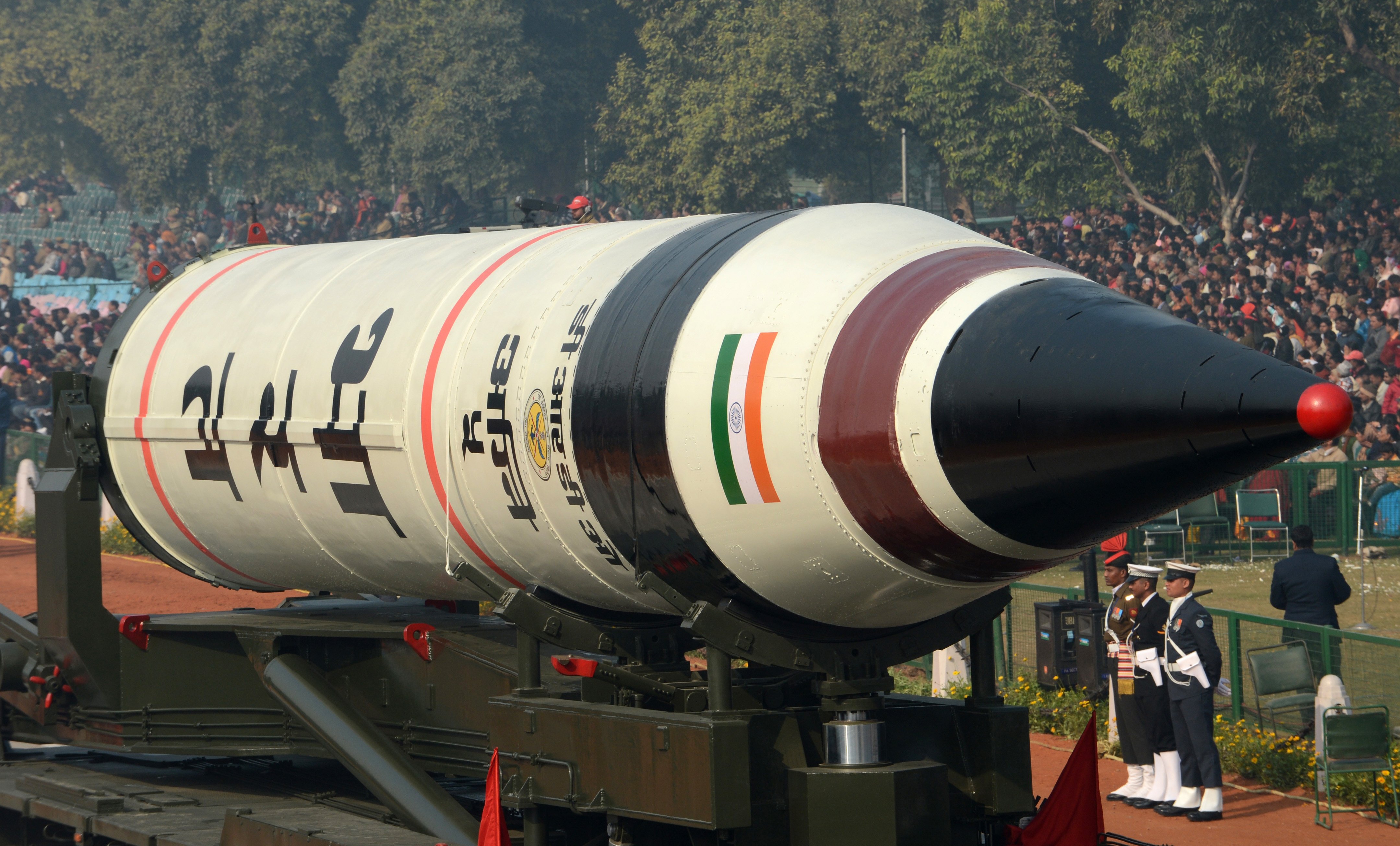 The following chart lists 31 countries, including the United States and its allies, which currently possess ballistic missiles. For each country, the chart details the type of missile, its operational status, and the best-known public estimates of each missile’s range.

Only nine (China, France, India, Israel, North Korea, Pakistan, Russia, the United Kingdom, and the United States) of the 31 states below are known or suspected of possessing nuclear weapons. These nine states and Iran have produced or flight-tested missiles with ranges exceeding 1,000 kilometers. China and Russia are the only two states that are not U.S. allies that have a proven capability to launch ballistic missiles from their territories that can strike the continental United States. This factsheet does not list countries' cruise missiles.

Ballistic missiles are powered by rockets initially but then they follow an unpowered, free-falling trajectory toward their targets. They are classified by the maximum distance that they can travel, which is a function of how powerful the missile’s engines (rockets) are and the weight of the missile’s payload. To add more distance to a missile’s range, rockets are stacked on top of each other in a configuration referred to as staging. There are four general classifications of ballistic missiles:

2. The ranges, given in kilometers (km) are estimates based on publicly available sources. These figures, however, do not all necessarily reflect the missile’s maximum range, which may vary with its payload. Equipping a missile with a lighter payload would increase its range. Similarly, a heavier payload would diminish a missile’s range.

4. According to a 1997 report by Lev Rokhlin, then-Chairman of the Russian State Duma’s Committee on Defense, Russia transferred eight Scud-B ballistic missiles and 24 Scud launchers, along with other military hardware, to Armenia between 1993-1996. Responding to publication of the report in the Russian newspaper Nezavisimaya Gazeta and to formal requests by the Azerbaijan government, then-Russian President Boris Yeltsin ordered an investigation into the claims. They were subsequently confirmed in April 1997 by Aman Tuleyev, then-Russian minister for relations with the Commonwealth of Independent States.

5. According to the Department of Defense’s 2009 report on China’s military power, Beijing is investing in conventionally-armed ASBMs based on the CSS-5 airframe which could employ “terminal-sensitive penetrating sub-munitions” in order to hold surface ships at risk.

7. Because of lack of current documentary evidence and inconsistencies in source reporting, the status of Iraq’s ballistic missile arsenal is unclear. The United Nations Monitoring, Verification and Inspection Commission (UNMOVIC) determined in 2003 that the Al Samoud II and the Al Fat’h missiles exceeded the range permitted under UN Security Council Resolution 687. That resolution prohibited Iraq from possessing missiles with ranges exceeding 150 kilometers. UN inspectors began the destruction of these missiles on March 1, 2003, but the inspectors were withdrawn before all of the missiles had been eliminated. According to UNMOVIC’s 13th Quarterly Report, only two-thirds of the Al Samoud II missiles declared by Iraq had been destroyed. The 2004 Iraq Survey Group Report by the United States asserted that a “full accounting of the Al Fat’h missiles may not be possible.”

8. According to a CIA Report, Libya privately pledged to the United States in 2003 that it would eliminate all missiles classified as Category I systems by the MTCR. Category I pertains to missiles capable of traveling 300 kilometers or more with a payload of at least 500 kilograms, the presumed minimum weight for a first-generation nuclear warhead. Libya, however, still maintains a missile development program for systems that fall below the Category I threshold capability. Given Libya's obligations under its 2003 WMD renunciation, development of its Al-Fatah missile is on hold until it can meet MTCR requirements. Additionally, Libya's Scud-B arsenal is of questionable utility due to poor maintenance and testing record.

9. The Taepo Dong-1 was first flight-tested August 31, 1998. Its first two stages worked but a third stage failed. The missile has not been flight-tested again and is widely believed to have been a technology demonstrator rather than a missile system intended for deployment.

10. North Korea has carried out two flight tests of what is believed to be its Taepo Dong-2 missile. The test of a two-stage version failed about 40 seconds into its flight on July 5, 2006. The missile is assessed to have used a cluster of No Dong missiles for its first stage and a Scud or No Dong-based second stage. On April 5, 2009, North Korea launched what it called its Unha-2 space launch vehicle, widely believed to be a three-stage variant of its Taepo Dong-2. The first two stages of the rocket were successful and fell in the splashdown zones previously announced by North Korea. U.S. Northern Command said the day of the launch that the third stage and its payload both landed in the Pacific Ocean. Independent analysts assess that the second stage of the Taepo Dong-2 is based on a variant of the Soviet SS-N-6.

11. Although North Korea has never flight-tested the intermediate-range Musudan, a variant of the SS-N-6, Washington alleges that Pyongyang has deployed the missile. The SS-N-6 originally was a Soviet submarine-launched ballistic missile, but North Korea is reportedly deploying it as a road-mobile missile. There also is speculation that North Korea has transferred this missile to Iran.

12. Development of the Ghauri-3 missile was reportedly abandonded for unknown reasons.

13. The SS-27 (Topol-M/RS-12M) is deployed in both road-mobile and silo-based configurations.