– Frank Klotz
former Administrator of the National Nuclear Security Administration
March 7, 2018
Nuclear Weapons: Who Has What at a Glance 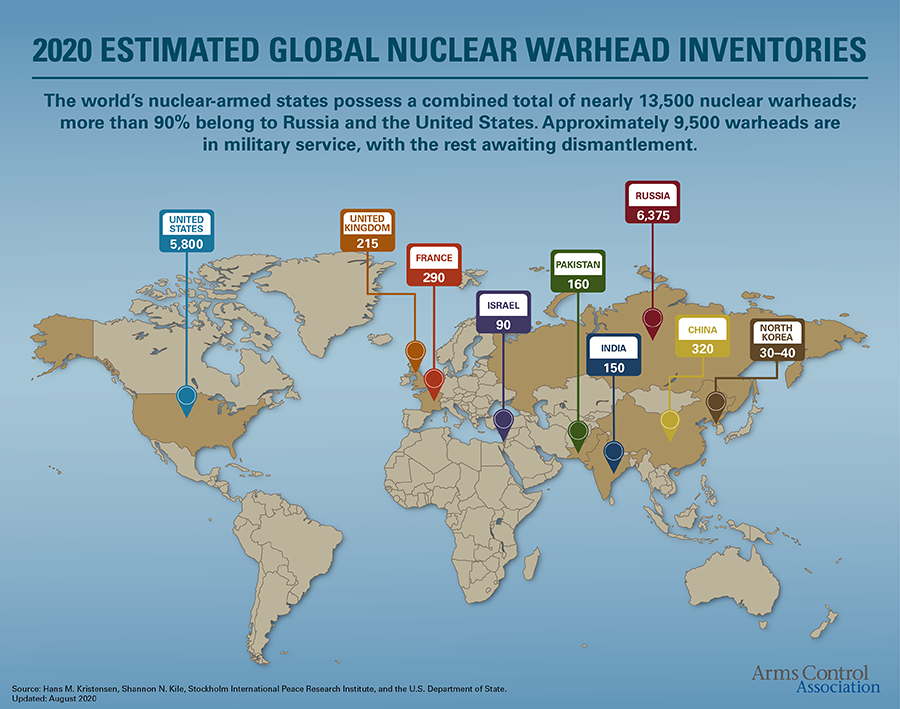 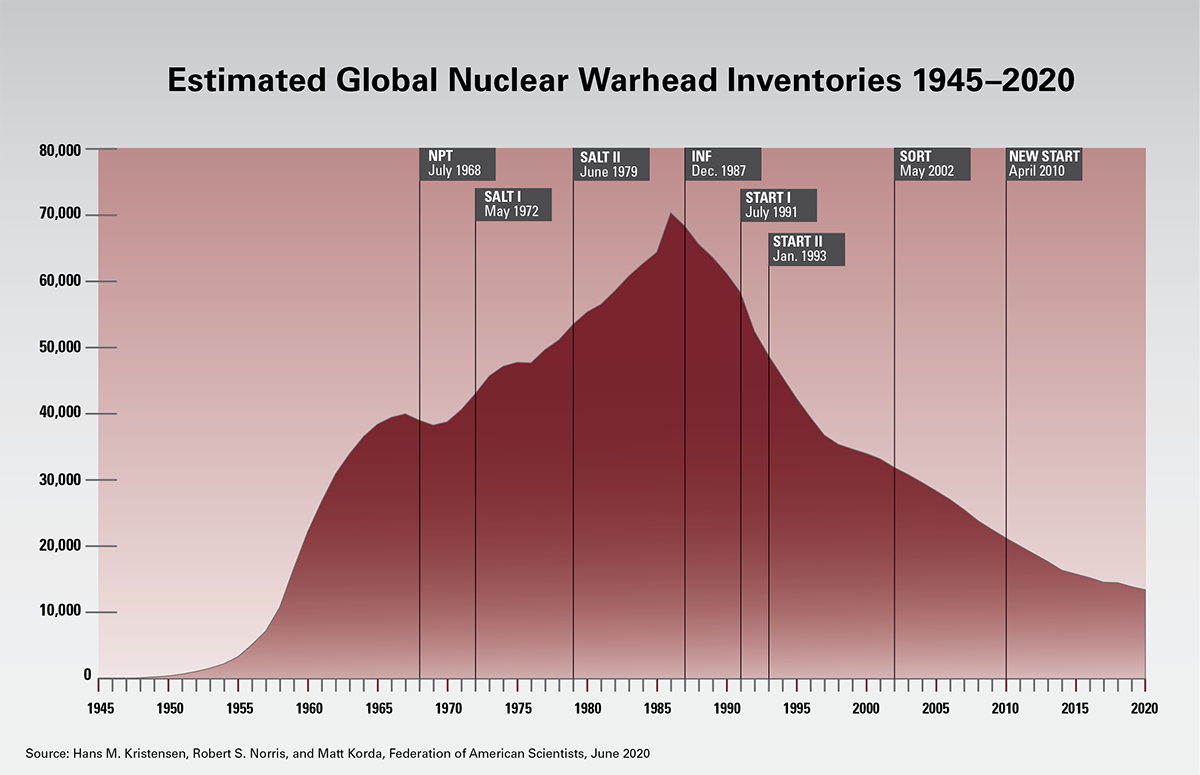 Today, the United States and Russia each deploy roughly 1,350 strategic warheads on several hundred bombers and missiles, and are modernizing their nuclear delivery systems. These warheads are counted using the provisions of the New START agreement, which caps each country at 1,550 strategic deployed warheads and attributes one deployed warhead per deployed heavy bomber, no matter how many warheads each bomber carries. Warheads on deployed ICBMs and SLBMs are counted by the number of re-entry vehicles on the missile. Each re-entry vehicle can carry one warhead.

Prior to the implementation of the Joint Comprehensive Plan of Action, Iran pursued a uranium-enrichment program and other projects that provided it with the capability to produce bomb-grade fissile material and develop nuclear weapons, if it chose to do so. Iran’s uranium enrichment program continues, but it is restricted by the nuclear deal. Iran has taken steps to breach those limits in response to the U.S. withdrawal from the JCPOA and reimposition of sanctions, but maintains that it does not intend to pursue nuclear weapons. Iran’s nuclear program remains subjected to safeguards by the IAEA, including continuous surveillance at certain facilities, put in place by the JCPOA.