– Frank Klotz
former Administrator of the National Nuclear Security Administration
March 7, 2018
After November, There Is Work to Be Done

Donald Trump came into the presidency without a clear plan for reducing the nuclear danger. In one breath, he would threaten to “win” a new nuclear arms race; in the next, he would declare hope for arms control deals to constrain adversaries.

Under Trump, no new nuclear deals have been struck and key agreements to reduce nuclear dangers have been abandoned or, like New START, are in jeopardy. The U.S. nuclear weapons budget is growing. New, more “usable” types of nuclear warheads have been deployed and there has been talk of resuming nuclear weapons test explosions.

Worse yet, U.S. arms sales, including to regimes engaged in war crimes, are way up. The United States has disavowed the 2014 Arms Trade Treaty and, in defiance of international norms against landmines, has opened the way to additional deployments.

Developments and decisions in the coming weeks will determine the landscape of nuclear and other weapons-related dangers for years to come.

No matter who occupies the White House in 2021, we will need to rally unrelenting and focused pressure from civil society, Congress, and responsible governments around the globe to correct U.S. nuclear and conventional arms control policy.

The Arms Control Association will redouble our efforts to turn back growing arms competition and put U.S. and global leaders back on course toward reducing and eliminating the nuclear threat.

With your support, we will continue to serve as an authoritative source for information, ideas, and solutions to deal with the world’s most dangerous weapons.

As always, we appreciate your input and involvement as part of the solution to a more peaceful world.

At our September 3 virtual briefing on "The Taboo Against Nuclear Testing and the Legacy of Past Nuclear Tests,” panelists discussed current threats to the global test ban and how past nuclear test explosions have adversely affected downwind populations. 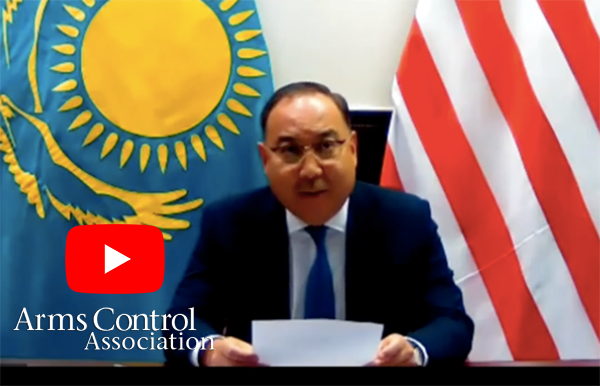 Togzhan Kassenova, senior fellow with the Center for Policy Research at the University at Albany SUNY, opened the discussion and introduced Erzhan Kazykhanov, Ambassador of Kazakhstan to the United States (above) for the welcome. Panel experts then shared their perspectives and experiences on the legacy of nuclear testing, including:

Watch the full webinar on at ArmsControl.org/Events or on our Youtube channel.

We invite you to join us online for our rescheduled, virtual gathering of members, friends, colleagues, and policymakers for this year’s annual meeting, which will focus on key priorities for getting arms control and disarmament efforts back on course in the new decade.

Look for updates to the program and featured speakers at armscontrol.org/ArmsControl2020

Following the United States withdrawal from the 2015 Iran nuclear deal in 2018, and Iran’s decision a year later to retaliate by exceeding key nuclear limits, the agreement is badly damaged but still intact. In recent weeks, the remaining parties to the JCPOA rebuffed the Trump administration’s attempt to reimpose UN sanctions on Iran saying the United States, having pulled out of the deal, no longer has the standing to do so.

As our nonproliferation policy director Kelsey Davenport writes in a new analysis for the Atlantic Council, “Iran’s expanding uranium stockpile and its other violations of the deal are troubling, but the current risk is manageable and reversible."

She writes that “the most recent IAEA reports demonstrate that the window for returning to full implementation of the nuclear deal is still open and, if anything, has widened slightly given progress on the agency’s investigation into possible past undeclared activities. Returning to compliance with the nuclear deal and using it as a platform for a longer-term framework remains the best option to ensure Iran’s nuclear program remains peaceful for decades to come.”

For more in-depth analysis of the nonproliferation risk today, see our Issue Brief, “The Limits of Breakout Estimates in Assessing Iran’s Nuclear Program,” (which was referenced in a recently published CNN op-ed by former vice president Joe Biden).

For updates, see the latest in Arms Control Today and sign up for our “P4+1 and Iran Nuclear Deal Alert” e-newsletter.

Organizations In Solidarity is a collaboration of organizations and individuals from across the fields of peace and security, foreign policy, and national security dedicated to combating racist beliefs, attitudes, and acts of discrimination, seeking to integrate diversity, equity, and inclusion within all levels of our organizations and fields.

It is a partnership among more than 250 organizations and individuals, including the Arms Control Association, who are signatories to the Women of Color Advancing Peace, Security, and Conflict Transformation (WCAPS) Standing Together Against Racism and Discrimination Statement. 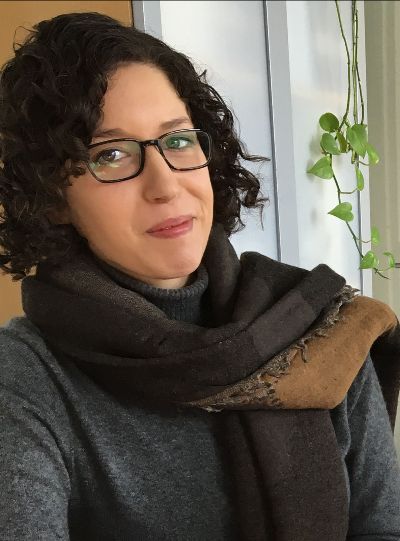 Our very productive, creative, and wonderful colleague Elana Simon, who has served as our Membership Development Associate since 2018, is moving on to advance her career at the Rutgers University graduate school this fall.

Among other accomplishments, Elana helped improve our member and donor outreach services, expanded our annual meeting attendance and sponsorships, helped to increase the number of Arms Control Association members, and helped us adapt our operations to the challenging COVID 19-era telework environment. We thank her for helping to make ACA a more effective and better organization. 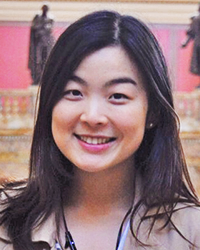 Taking over Elana’s role is Rachel Paik, coming to us from Partnership for a Secure America. She will be responsible for member and donor engagement, public event and fundraising coordination (including our upcoming annual meeting), assisting on grant writing and reports, and liaising with the board of directors.