The U.S. atomic bomb attack on the people of Hiroshima at 8:15 a.m. on August 6, 1945, and the second attack on the city of Nagasaki at 11:02 a.m. on August 9 killed and wounded hundreds of thousands of unsuspecting men, women, and children in a horrible blast of fire and radiation, followed by deadly fallout.

The atomic bomb survivors—the hibakusha—have served as the conscience of the global disarmament movement. Their experience has inspired the decades-long struggle to put in place meaningful, verifiable, legally-binding restraints on nuclear weapons, to end nuclear testing, and to advance the steps necessary to achieve the peace and security of a world free of nuclear weapons.

Through the decades, persistent citizen pressure and hard-nosed disarmament and nonproliferation diplomacy have produced agreements and treaties that have successfully curbed the spread of nuclear weapons, slowed the arms race, and reduced the danger of nuclear conflict.

Nuclear weapons have not been used in a conflict since 1945, but there is no guarantee we can preserve the record of non-use for another 75 years. Today, a global nuclear arms race is underway and the risk of nuclear war is growing once again. 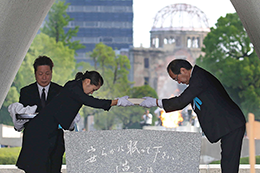 The world’s nine nuclear actors are squandering tens of billions of dollars each year to maintain and upgrade nuclear arsenals. The United States and Russia have discarded or disrespected key agreements that have kept their nuclear competition in check, and other agreements are in jeopardy.

As Mayor Kazumi Matsui of Hiroshima and Mayor Tomihisa Taue of Nagasaki recently warned: “We are badly off course in efforts to honor the plea of the hibakusha—the survivors of the 1945 atomic bombings—and end the nuclear threat."

It is now up to all of us to get the United States and the world back on track and to shape the next 75 years of nuclear history. It won’t be easy.

Please join us as we rededicate ourselves to the cause by making a donation to the Arms Control Association.

The Atomic Bombings of Hiroshima and Nagasaki 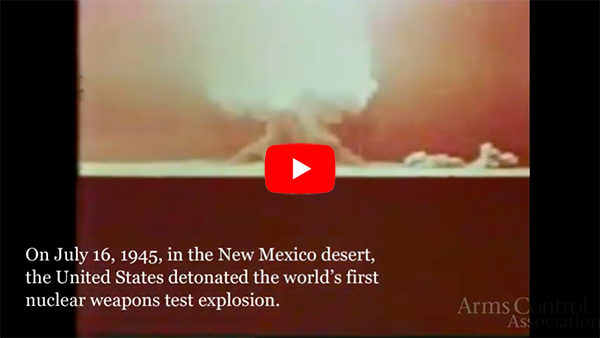 To mark the solemn 75th anniversary of the beginning of the nuclear age, the July/August 2020 Arms Control Today includes a special collection of feature articles including: 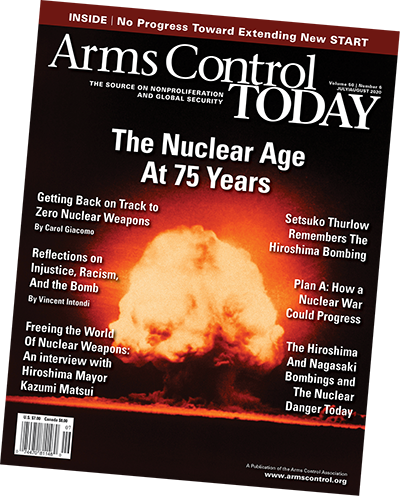 We’re providing free online access to this special issue. To support our independent news reporting and top-notch analysis from leading figures in the field (and access a downloadable PDF version of this issue), become a member or subscriber today.

Back in May, we helped blow the whistle on White House discussions about resuming nuclear testing for the first time in 28 years.

Since then, we’ve led an urgent education and lobbying effort to block any such move. With the help of key leaders in Congress—including Sen. Edward Markey (D-Mass.), Sen. Cortez Masto (D-Nev.), and Rep, McAdams (D-Utah) and Titus (D-Nev.)—we’ve made good progress.

In July, House appropriators took action to prohibit funding for the purpose of a nuclear test. By a vote of 227-179, the House passed a critical amendment to the National Defense Authorization Act (NDAA) for fiscal year 2021 that would prohibit President Trump from conducting a nuclear test explosion. (Click here to find out how your Representative voted.)

Arms Control Association members and friends responded to our call to action and contacted over 200 House and Senate offices on the issue. Thank you!

Our advocacy work is not done, as the House and Senate conference committees must reconcile differences. Our team will continue to make the case that Congress must take nuclear testing off the table next year, and in the years ahead through additional legislation and by finally ratifying the CTBT. Stay tuned. 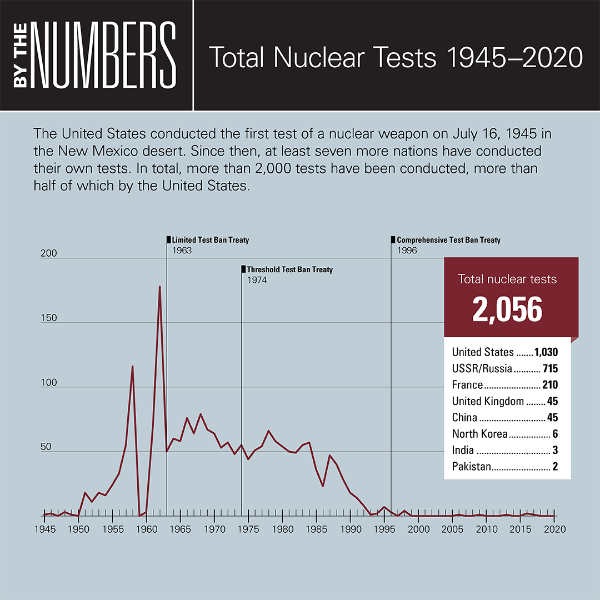 We are proud to be part of a special 75th anniversaries coalition—a large and diverse group of organizations and individuals working together “to honor nuclear survivors as we acknowledge that in the 75th year of the nuclear age, survivors and the weapons are still here.

The wide-ranging coalition is also focused on pressing policy makers to take key actions necessary to ensure nuclear weapons are never used again and to negotiate in good faith the global elimination of these most devastating weapons of mass destruction.

You can RSVP here: https://www.hiroshimanagasaki75.org/events

Also on August 6th, 8th, and 9th, a coalition of four leading interfaith/intercultural organizations will issue a new appeal for the abolition of all nuclear weapons, which has been endorsed by a number of former government leaders and leading disarmament organizations, including the Arms Control Association.

The appeal will be presented in an hour-long online video presentation with supporting statements from former Soviet Union President Mikhail Gorbachev, former U.S. Secretary of State George Shultz, the Mayors of Hiroshima and Nagasaki, and other prominent voices.

You can register for that event here: https://www.voices-uri.org/registration 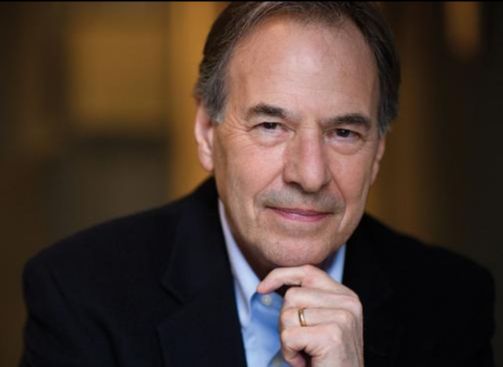 The Arms Control Association and the broader nuclear policy community has lost one its most important leaders.

Blair, who served as an ICBM officer in his early years, devoted much of the rest of his career as a nongovernmental analyst writing and speaking to raise awareness about the unacceptably high risk of accidental nuclear war and the incredibly short decision time U.S. and Russian presidents have to decide whether to use nuclear weapons in response to a credible warning of a nuclear attack. Blair’s approach blended rigorous analysis of the nuclear dilemma with a pragmatic and bold vision for saner nuclear policy solutions, including “Strengthening Checks on Presidential Nuclear Launch Authority.”

“We’re deeply shocked and dispirited by Bruce's death. He was a one-of-a-kind catalyst for nuclear sanity, a leader, a partner, and a friend. He will be missed. Our condolences go out to Bruce’s family, his colleagues at Princeton University, and our good friends at Global Zero,” said the Arms Control Association’s Daryl G. Kimball.

ACA Board Member Dr. Zia Mian and Dr. Frank von Hippel from the Princeton Program on Science and Global Security offered this remembrance on Bruce's life and legacy. We will be sharing more on Bruce in the forthcoming issue of Arms Control Today.