Our nation and the world face a daunting array of challenges: a global pandemic; deepening economic hardship and inequity; a lack of cooperation and growing tensions between the world’s major powers; and ongoing deaths of Black Americans at the hands of police that underscore the systemic racism that continues to plague our society.

Surely, this is not the time to continue to abandon effective nuclear arms control agreements, like the Open Skies Treaty, and ignite a new arms race with Russia and China—let alone to begin testing nuclear weapons again. Yet that is what senior officials at the White House have been considering.

Last month, the president’s new envoy for arms control, Marshall Billingslea, threatened to let New START expire and warned that the United States is prepared to spend Russia and China “into oblivion” in order to “win” a new nuclear arms race if they do not agree to a new nuclear deal on Trump’s (as yet undefined) terms.

Then, on May 22, The Washington Post revealed that senior White House officials have discussed the option of conducting the first U.S. nuclear test explosion in 28 years as a negotiating ploy to pressure Russian and Chinese leaders. Last week, the Republican-led Senate Armed Services Committee authorized $10 million specifically for a nuclear test blast. 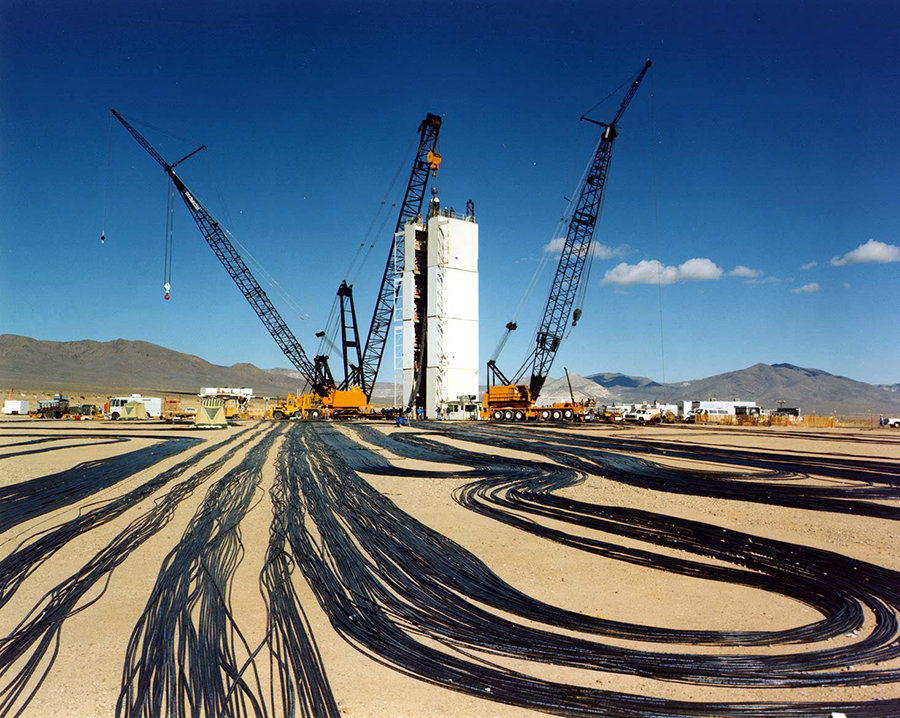 The idea is beyond reckless. A U.S. nuclear test blast would certainly not advance efforts to rein in Chinese and Russian nuclear arsenals or create a better environment for negotiations. As I said in The Washington Post story, “[i]t would be the starting gun to an unprecedented nuclear arms race.”

Nuclear testing is a dangerous vestige of a bygone era. We are determined to not go back.

Our team is playing a leading role in nongovernmental efforts to halt such dangerous backsliding on New START, to block the renewal of nuclear testing, and to get the nuclear risk reduction and disarmament process back on track.

We need your ongoing support to keep up the fight and we invite you to take action by contacting your members of Congress to “Just Say ‘No’” to nuclear testing and a new nuclear arms race.

As we approach the 75th anniversary of the first nuclear test and the first use of nuclear weapons in war, we all need to rededicate ourselves to preventing a nuclear catastrophe and building a more just, equitable, and peaceful world for everyone. Join us by becoming a member or by making a donation amount that is meaningful to you given your current finances.

The mission of the Arms Control Association has been primarily focused on preventing the real threat of catastrophic nuclear war. We recognize that problem is inextricably linked to building a more just, peaceful, and equitable future for all.

On June 5, the staff and the board of directors issued a joint statement expressing our support and solidarity “with protests against systemic racism and chronic police brutality in response to the murders of George Floyd, Breonna Taylor, Ahmaud Arbery, Eric Garner, Philando Castile, Trayvon Martin, and the relentless violence committed against Black people through the many centuries past. We believe that Black Lives Matter.”

The statement also asserts that “we believe we must take proactive measures to eliminate the structures of inequality and injustice that permeate our society.”

The staff and board have begun to engage in discussions on specific steps we can and must take to improve to more effectively promote diversity and inclusion, especially for women and people of color, in our own organization, our own activities, and in our field.

Led by Amb. Bonnie Jenkins, the founder of Women of Color Advancing Peace and Security (WCAPS), over 190 foreign policy leaders, including ACA executive director Daryl Kimball, have also joined together to pledge support and action in several specific areas outlined in another important solidarity statement on June 8, which is posted online here.

Jenkins, who has served as a member of the board of directors of the Arms Control Association since 2017, spoke more about “How to Realize Diversity In the National Security Community” in a recent interview with the Ploughshares Fund.

Mobilizing Against the Resumption of Nuclear Testing

Halting nuclear weapons test explosions has been a core objective of the Arms Control Association from its first days in 1971. We continue to be a leader in the effort to bring the 1996 Comprehensive Test Ban Treaty into force and to reinforce the global de facto norm against nuclear testing.

We’ve been very busy since the May 22 report by The Washington Post that senior national security officials are considering the option of a “rapid test” as a negotiating tactic in future talks with Russia and China.

Our staff organized a letter from 24 nuclear arms control, environmental, and peace organizations that we delivered May 28 to Senate and House leaders, pressing them to express their opposition to such a move and to introduce legislation to cut off funding for any nuclear testing. We reached out to our networks and allies to develop a common strategy. We have written op-eds and analyses, briefed numerous reporters, and explained what is at stake with diplomats from other countries.

Over the past month, concern and opposition to the possible resumption of U.S. nuclear testing have been pouring in.

Downwinders in Nevada and Utah have expressed outrage. The Las Vegas Sun editorial declared: “No. Hell no. Not now. Not ever. Nevada will not be subjected to nuclear bombing again.”

Although it is unlikely the Trump administration will move forward to resume testing, this administration has defied common sense on other nuclear matters in the past. And it is technically possible that an underground test could be prepared in as little as 6 months at the Nevada Test Site.

If we are to keep the door to nuclear testing closed, the response from the public and Congress needs to be strong and unequivocal. 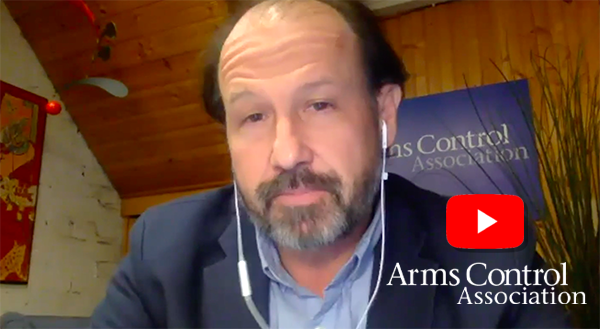 The first U.S. nuclear test blast in 28 years would raise tensions with Russia and China and almost certainly spur an outbreak of nuclear testing by other counties into an all-out global arms race. Votes may be held in the next few weeks.

Now is the time to call on your elected officials. Please contact your Senators and U.S. Representative to close the door and prohibit funding for new nuclear testing. 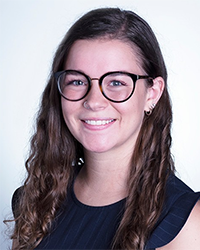 We are excited to welcome Mackenzie Knight as our 2020 summer intern. Mackenzie will be working with us remotely on a part-time consulting basis to assist with updates to our factsheet on a range of arms control issues, as well as tracking media appearances and assisting on reporting for and production of Arms Control Today.

Mackenzie is a rising senior at Indiana University (Class of 2021) pursuing an individualized major in policy and intelligence analysis with a concentration in security studies, plus a major in Arabic and minor in Spanish. She has interned with the Veterans Administration, where she wrote and helped create content for the Veterans Affairs blog and assisted former Rep. Lee Hamilton (D-IN) with research and writing.

It is with great sadness that we write to inform our members and colleagues that Ann Hallan Lakhdhir, a dedicated peace activist, passed away on May 7 at age 87 at her home in Westport, Connecticut.

Ann graduated from Radcliffe College in 1954 and later received graduate degrees in international relations and education from Columbia University. She aspired to join the U.S. Foreign Service and passed the exam, but the Foreign Service refused to admit married female applicants at the time.

Ann channeled her talents and energy into peace and social justice activism. She joined parent activists in pressing for the voluntary desegregation of schools in Brooklyn. Ann became an active arms control and disarmament activist in the mid-1970s, representing the Institute for Defense and Disarmament Studies at the United Nations and serving as Co-President of the NGO Committee on Disarmament, Peace and Security.

Ann will be remembered as a committed activist for peace and equity. If you wish to give a contribution in Ann’s memory, her family has asked for donations that support the Arms Control Association and the Union of Concerned Scientists. Ann is survived by Noor, her husband of 62 years, her son David Lakhdhir, David’s wife Linda Lakhdhir, Ann’s daughter Kamala Shirin Lakhdhir, a member of the Foreign Service and currently the U.S. Ambassador to Malaysia, her grandchildren Daniel and Rachel Lakhdhir, and Daniel’s wife Arielle Stedman Farkas. She will be sorely missed.