Authored by Kelsey Davenport on June 5, 2020

Images and videos from across the country are capturing the horrific results of police decisions to use toxic chemicals against protestors demanding justice for the murder of George Floyd at the hands of police in Minneapolis and systemic changes to address racism in the United States. In one high-profile incident on June 1, federal law enforcement used tear gas, along with other measures, to drive back peaceful protestors so President Donald Trump could pose for a photo in front of a church. 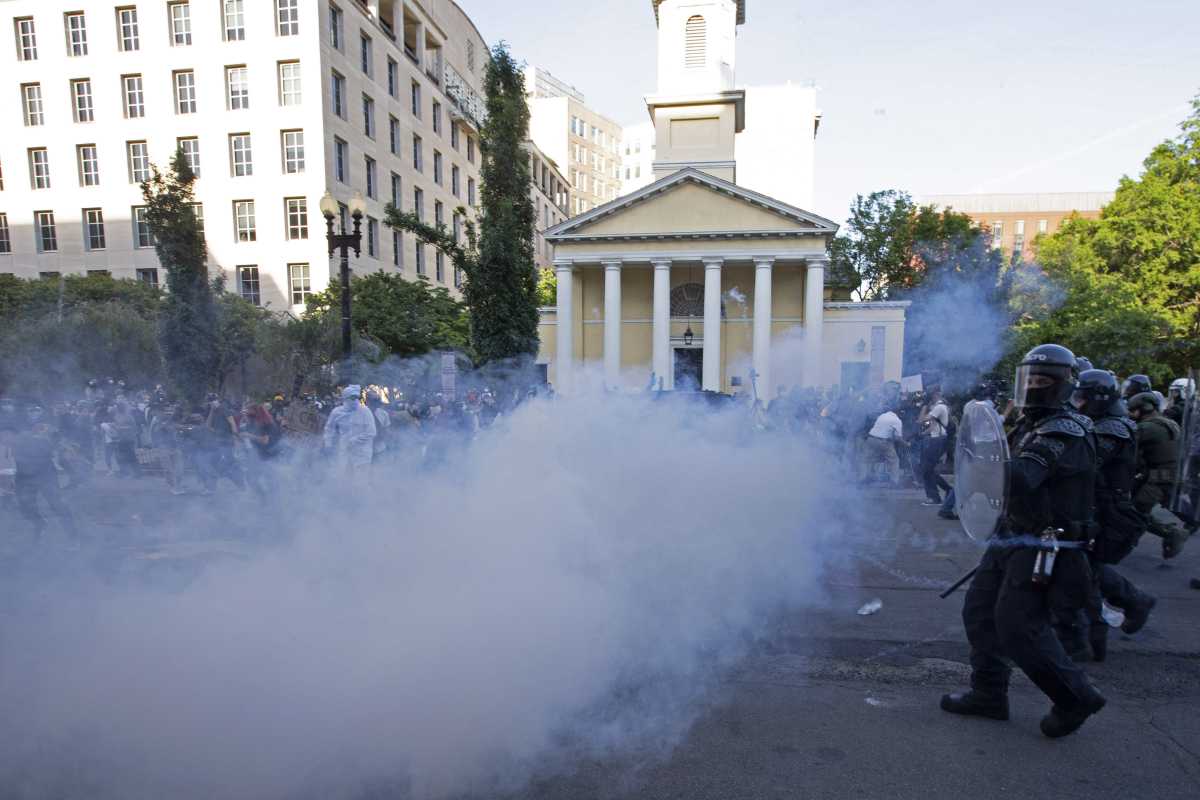 According to the 1993 Chemical Weapons Convention (CWC)—an international treaty that the United States ratified in 1997—states are prohibited from possessing and using toxic chemicals in war. It defines toxic chemicals as “any chemical, regardless of its origin or method of production, which, through chemical action on life processes, can cause death, temporary incapacitation or permanent harm to humans or animals.”

However, the treaty explicitly carves out an exception for using certain chemicals, referred to as riot control agents, that  “produce rapidly in humans sensory irritation or disabling physical effects which disappear within a short time following termination of exposure” for “domestic riot control purposes.” Tear gas falls into that category.

While the effects of riot control agents typically wear off, these chemicals are still banned in warfare under the CWC, alongside lethal agents, because they do not discriminate between combatants and noncombatants. That same principle of discrimination should be applied in domestic situations: tear gas and other riot control agents target protestors and those engaged in acts violence alike. Furthermore, in the United States, and elsewhere, tear gas is not just being used to disperse rioters—it is being used to incapacitate and punish protestors exercising their rights to protest peacefully and has been used at the U.S.-Mexican border to repel people trying to seek asylum in the United States.

Time and time again, police forces have shown that they are willing to subject non-violent protestors to the terrifying short-term effects of riot control agents. In addition to eye irritation, people exposed to tear gas can suffer from choking sensations, skin burns, coughing, and difficulty swallowing. Long-lasting exposure can cause severe side effects, including blindness and respiratory failure. It is also unclear what, if any, long term consequences exposure to tear gas has on children.

As the United States grapples with the difficult but necessary reforms to address racism and excessive force in policing, policymakers must also prohibit the domestic use of tear gas. Banning tear gas will not address the militarization of the police and it is not a substitute for the critical work to change the culture of policing, but it is a necessary step. Tear gas and other irritating chemicals do not “control riots”—they are indiscriminate and terrifying weapons that are banned on battlefields and should be banned on U.S. streets.