Authored by Alicia Sanders-Zakre on January 16, 2019

The U.S. decision to fire tear gas at men, women and children seeking asylum at the U.S./Mexican border may be legally dubious, but the brazen immorality of using a terrifying and indiscriminate weapon on a vulnerable crowd is undeniable.

U.S. border patrol agents fired CS gas, a form of tear gas, into crowds of migrant men, women and children over the border with Mexico near San Diego and Tijuana on Jan. 1 and Nov. 25. The impact was horrific. Tear gas causes eye pain, coughing, burning sensations in the throat and nose and can lead to vomiting, fainting and even temporary vision loss.

“I felt that my face was burning, and my baby fainted. I ran for my life and that of my children,” Cindy Milla, a Honduran migrant with two children, told the Wall Street Journal after the November incident.

While the symptoms dissipate in adults, some experts argue that the long-term impact of tear gas on children is more severe. In addition to the psychological stress, tear gas exposure may cause more permanent respiratory problems in children. It is painfully ironic that President Donald Trump, who was horrified by images of Syrian children killed by chemical weapons, would defend the use of tear gas on children in Mexico. 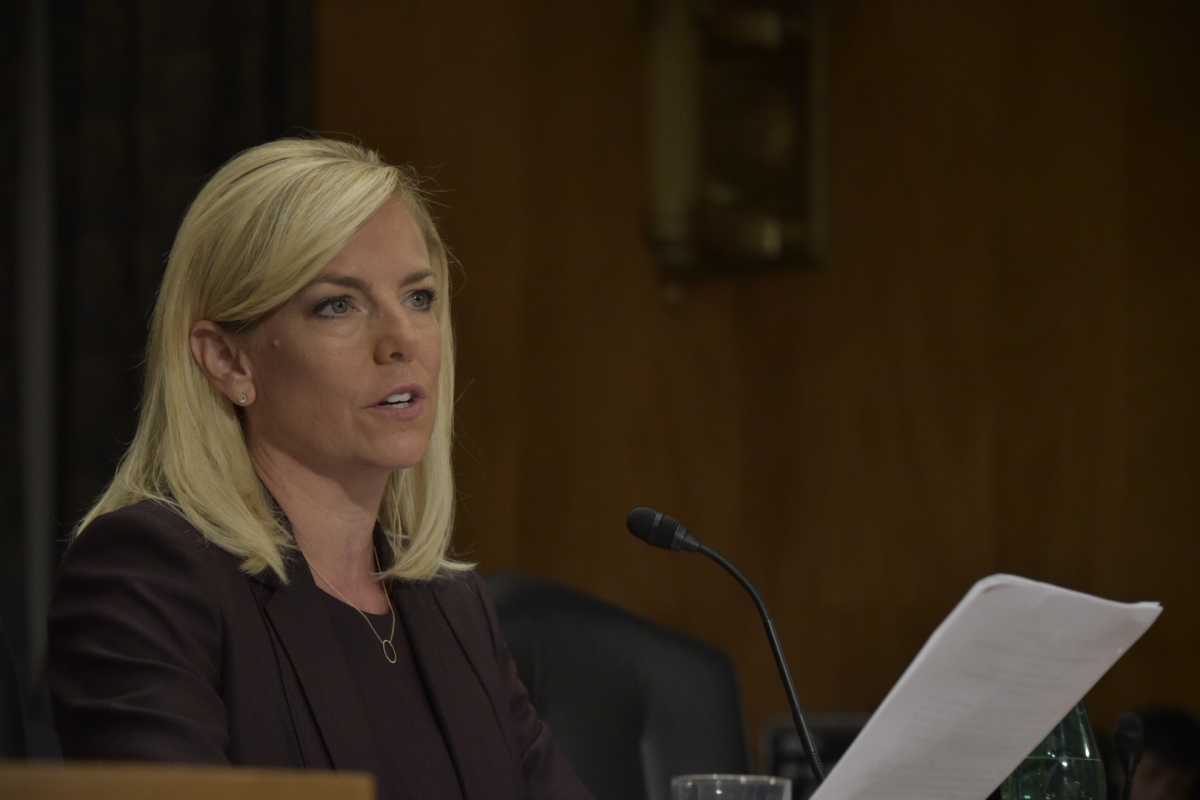 The Department of Homeland Security claimed in both cases that those seeking to cross the border were throwing rocks before tear gas was released, although journalists have reported only seeing rocks thrown after tear gas was launched. Even if reports of rock-throwing were accurate, using tear gas in response to these actions from an unarmed crowd, including children, would have been a blatantly disproportionate use of force. The U.S. Customs and Border Protection’s statement that migrants at the fence line were not impacted because the tear gas was targeted at “rock throwers further away” rings hollow – gas does not discriminate. “Targeting” individuals is impossible.

The Trump administration argued that its use of tear gas across the border is legal, but international law on this question is not clear cut. The 1925 Geneva Protocol banned the use of chemical weapons in war and the 1993 Chemical Weapons Convention expanded the prohibition to include bans on production and possession. Efforts to ban chemical weapons were spurred in large part by the international horror over the indiscriminate and uniquely terrifying effects of their use. One of the first uses of chemical weapons on the battlefield in Ypres, Belgium during the First World War shocked and horrified the world. Men choked and died from exposure to an odorless and colorless gas.

The Chemical Weapons Convention, however, contains some exceptions for domestic policing activities. Tear gas, considered a riot control agent under the chemical ban treaty, is not allowed for use in armed conflict but is permitted for domestic law enforcement purposes. The legality under the chemical weapons ban of the recent U.S. use of tear gas into Mexican territory is ambiguous given that its use across a border against asylum seekers does not fit exactly into either the banned or permitted purposes identified in the treaty. The use “raises all sorts of issues,” Alastair Hay, a professor of environmental toxicology at Leeds University in Britain told the New York Times in a November article. But the cruelty of unleashing a gas on a crowd of asylum seekers that causes its victims to cough, tear up and even vomit is not ambiguous at all.

In response to the attacks, the Mexican Foreign Ministry has requested that the United States conduct an investigation into the two instances of CS gas use over the border. In a Jan. 3 press release, the ministry stated that its note to the United States “deplores the occurrence of any sort of violent act on the border with Mexico.”

Thus far, U.S. President Donald Trump’s and the Department of Homeland Security’s defense of the use of tear gas amidst dubious evidence of violence from the crowd is inexcusable. Instead of attempting to excuse its inadmissible behavior, the United States should conduct the requested investigations and take action to prevent future gross violations of humanitarian principles of distinction and proportionality in its use of force.

“These children are barefoot. In diapers. Choking on tear gas,” then California Governor-elect Gavin Newsom tweeted on Nov. 25 after the first incident of U.S. tear gas use across the border. “Women and children who left their lives behind — seeking peace and asylum — were met with violence and fear… we will not stand for this.”

The United States must refrain from any future use of tear gas on vulnerable and peaceful groups of people, including asylum seekers, and particularly children. It is unconscionable to use a riot control agent against such a defenseless population. Unleashing a chemical agent against asylum seekers – with children in diapers in their midst - is undeniably an egregious breach of morality. The United States can and must do better. —ALICIA SANDERS-ZAKRE