Having unilaterally abandoned and violated the 2015 multilateral nuclear deal that has rolled-back Iran's nuclear activities, the Trump administration is now engaged in a series of escalations with Iran that could lead to another disastrous war in the Middle East.

Though President Trump pulled back and reversed his own order to strike targets in Iran last week, the risk of conflict remains high.

The Arms Control Association joined other pro-diplomacy organizations urging the Senate to vote on a bipartisan amendment from Sen. Tom Udall (D-New Mexico) to the National Defense Authorization bill, which would prohibit appropriated funds from being used for military action against Iran without explicit Congressional authorization.

Our joint statement to the Senate argues that “The Trump Administration's current Iran policy has proven a disaster. Launching an unnecessary and unauthorized war would do a disservice to our troops and all Americans.” 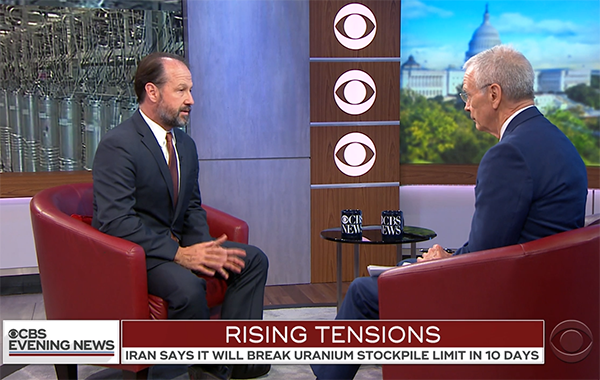 We continue to deliver sober technical analysis of the proliferation risks of Iran’s moves to breach certain nuclear limits established by the JCPOA in retaliation to the Trump administration’s campaign to strangle the Iranian economy.

As our nonproliferation policy director Kelsey Davenport and I wrote last week, “Iran’s decision to breach caps imposed by the accord is a troubling but predictable response to the Trump administration’s systematic campaign to deny Iran any benefit from the nuclear deal over the past year.”

“While any violation of the deal is concerning, breaching the 300 kg limit on low-enriched uranium does not pose a near-term proliferation risk,” we note.

But if the Europeans, Russia, and China do not take additional steps to secure sanctions relief envisioned by the deal, Iran will take actions that pose a more significant and immediate proliferation risk, such as increasing the level of uranium enrichment beyond the 3.67 percent cap set by the deal. Such steps would shorten the time it takes Iran to produce enough material for a nuclear weapon.

Trump’s ongoing pressure campaign against Iran has decreased Iran’s incentives to talk and increased the chances it will retaliate. Compliance by all parties with the 2015 Iran nuclear deal remains the best path to prevent a new nuclear crisis and a war.

Though the dark clouds are gathering, it may still be possible to save the 2015 nuclear deal.

Doing so will require that the leaders in Tehran exercise restraint and continue to cooperate with IAEA inspectors. If the remaining parties can keep the JCPOA alive, then it may be possible for the next U.S. president to rejoin the JCPOA in 2021 and pursue a new round of talks on a follow-on agreement that addresses mutual issues of concern.

Tell Congress to Save New START

Presidents Donald Trump and Vladimir Putin can extend the treaty—and its irreplaceable verification and monitoring system—for a period of up to five years at any time. Yet National Security Advisor John Bolton stated it is "unlikely" Trump will agree to extend the agreement.

A growing number of Republican and Democratic members of Congress, including the leaders of key congressional national security committees, are worried about the administration's position and are voicing support for the treaty's extension

Now we need to your Representative to join them.

Join us in urging your Representative to cosponsor H.R. 2529, the "Richard G. Lugar and Ellen O. Tauscher Act to Maintain Limits on Russian Nuclear Forces" and express their support for extending the New START agreement.

Last week two key House Committees zeroed out the Trump administration’s budget request for two costly, unnecessary, and destabilizing new nuclear weapons programs—for a new “low-yield” nuclear warhead and for new missile systems that do not comply with the INF Treaty—and turned back efforts to restore funding on the House floor.

The Arms Control Association has been working for more than two years to defeat these proposals.

The Trump administration wants funding for deployment of the W76-2 warhead—a low-yield, nuclear war-fighting weapon—on U.S. submarine-launched long-range ballistic missiles. But key House Committees rejected the proposal and the House turned back an amendment to try to restore funding by a margin of 236-192.

As our disarmament and threat reduction policy director Kingston Reif argued in a recent op-ed, “adding a new low-yield warhead option to the U.S. arsenal is a solution in search of a problem.”

Key House Committees also rejected a Defense Department request for nearly $100 billion in fiscal year 2020 to develop three new intermediate-range missile systems. On June 18, House Democrats defeated an attempt by Republicans on the floor of the House to restore the funding by a vote of 225-203.

The debate on both these programs will soon be joined in the Senate with the final outcome to be determined in a House-Senate conference committee bill./p>

A new allegation threatens another bedrock nuclear security treaty. Late last month the head of the Defense Intelligence Agency claimed that “Russia probably is not adhering to its nuclear testing moratorium in a manner consistent with the ‘zero-yield’ standard” established by the 1996 Comprehensive Test Ban Treaty (CTBT).

He also claimed that Russia had “not affirmed the language of zero-yield,” but as the U.S. State Department documented in 2011, Russia and other CTBT states parties have repeatedly affirmed publicly that they believe the treaty prohibits all nuclear test explosions, no matter what the yield.

As the Arms Control Association noted in the news coverage by the Wall Street Journal, The New York Times, and The Washington Post, it is not clear if the charge of noncompliance is based on new evidence or if it is a new interpretation of old evidence and concerns.

The effective way, of course, to enforce compliance with the zero-yield standard is for the United States to ratify the treaty and help to bring it into force, which would allow for intrusive, short-notice, on-site inspections to detect and deter any possible cheating. In the meantime, if there is credible evidence that Russia is violating the CTBT, the United States should propose mutual confidence building visits to the respective U.S. and Russian test sites to resolve the matter as allowed for in Article VI of the treaty. 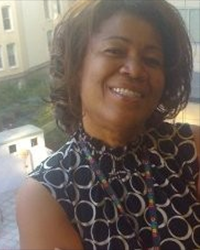 The Arms Control Association thanks Merle Lee Newkirk for 30 years of loyal service with the organization. As our Finance Officer since 1989, Merle continues to ensure the responsible management of the Association’s assets through sound accounting practices and friendly professional relations with our external vendors.

It is due to Merle’s dedicated work, as much as our frontline policy and program team, that the Arms Control Association is such an effective, efficient organization with an impact disproportionate to our small size.