Authored by Alicia Sanders-Zakre on March 12, 2019

An international investigative body confirmed in a March 2019 report that a chemical weapon, likely chlorine, was used in an April 2018 attack in Douma, Syria, despite likely Russian and Syrian attempts to impede the investigations, and in blatant violation of international law.

The March 2019 report is the most recent from the Fact Finding Mission (FFM) set up to investigate alleged chemical attacks in Syria by the Organization for the Prohibition of Chemical Weapons (OPCW)—the implementing arm of the 1997 Chemical Weapons Convention. 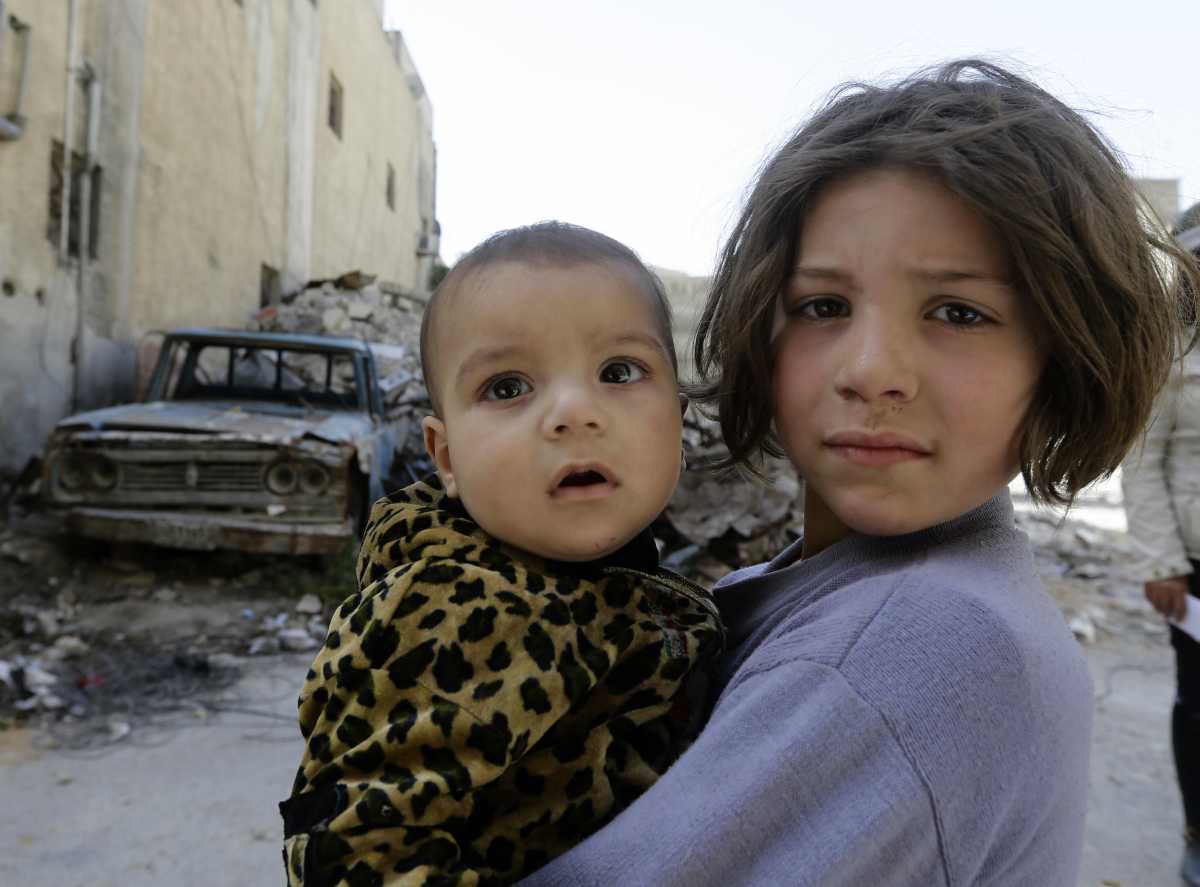 The FFM has investigated over 80 reported chemical weapons attacks, although independent analysts have identified as many as 336 chemical attacks in Syria since 2012.

The FFM’s latest report confirming that chemical weapons were used in Douma in April 2018 is an important first step, but it is also crucial to identify who is to blame in order to hold them accountable and uphold the norm against using chemicals in conflict. A joint UN-OPCW investigative team was tasked with assigning blame for confirmed chemical attacks, but it was shut down when the Russians vetoed each UN Security Council resolution that would extend the team’s mandate in late 2017, creating a critical accountability gap.

Fortunately, the OPCW voted in June to establish another investigative body for this purpose. A team of investigators, the Investigation and Identification Team (IIT), is being assembled by the OPCW and should begin its work as soon as possible to report on who was responsible for the April 2018 chemical attack in Douma, and the many other tragic and unattributed chemical attacks over the course of the Syrian war.

Forty-three men, women and children were killed in the April 7, 2018, attack and between 70-500 were injured, according to the FFM report. Witnesses reported alarming symptoms indicative of a chemical attack, including difficulty breathing, eye irritation, severe coughing, nausea, vomiting, weakness, visual impairment, and excess salivation.

Early news reports indicated that a nerve agent could have been used in the Douma attack. Medical respondents reported that three victims had profuse foaming from the mouth, a symptom consistent with nerve agent exposure. But FFM investigators did not detect nerve agents in environmental samples or in victims.

Instead, the report concluded the attack likely used chlorine gas (a lethal choking agent) that has been used hundreds of times on Syrian civilians over the past six years, according to independent estimates. Chlorine gas is heavier than air, and analysts deduce that Syrian President Bashar al-Assad has used it to target civilians fleeing to basements to escape airstrikes.

Investigators encountered delays and roadblocks as they worked to produce the 106-page final report. Time is of the essence in chemical weapons investigations, as the quality of many environmental samples degrades over time. While the report doesn’t point fingers, the facts indicate that Syria and Russia tried to derail the investigations. These attempts to cover up the truth about chemical weapons use run counter to their obligation to uphold the chemical ban as CWC states-parties and threaten to erode the norm against chemical weapons use.

Russian and Syrian forces blocked the inspection team from entering Douma until a week after the attack took place, purportedly due to a lack of a proper mandate. Inspectors were only able to visit their first site April 21, 2018, two weeks after the attack.

Syria also insisted that Russian military forces provide security. There were genuine security concerns; the team came under fire while doing a reconnaissance visit April 18, 2018. But Russian involvement raised concerns due to its denouncement of past OPCW investigations and its vehement denial of Syria’s use of chemical weapons since first reported in 2012.

Just as the team gained access to sites, Syria requested that the OPCW visit warehouses where it claimed rebel forces were producing chemical weapons. The report found the buildings were used for manufacturing explosives, not chemical weapons.

When inspectors finally visited the attack site, they noticed it had been tampered with. The cylinder which had contained the chlorine gas had been moved a number of times and the metal frame and fins, visible in photos taken right after the attack, were gone.

The report does not specify who tampered with the site. Efforts by any actor to impede independent and impartial investigations into chemical weapons use threatens to challenge the international community’s ability to condemn attacks when they occur and eventually hold violators accountable.

While the FFM’s mandate does not include attribution, multiple national and independent assessments have already blamed the Syrian government for the Douma attack. Many of the details in the FFM report indicate that the cylinder was dropped from an aircraft, which the Syrian government has access to, and which nonstate actors in Syria do not. These details include the initial presence of a metal frame and tail fins, the fact that the cylinder penetrated a concrete, top-floor balcony, had a noticeable dent in its nose and had lattice markings from an impact.

But Russia and Syria continue to deny that Syria currently possesses chemical weapons or uses them in combat. International, independent investigations verifying the perpetrators of chemical weapons attacks are crucial to holding those who violate international norms accountable.

Following the collapse of the last attributive team in 2017, the OPCW voted in June 2018 to create a new body for this purpose. The Investigation and Identification Team is specifically charged with investigating attacks in Syria confirmed by the FFM, like the Douma attack. This FFM report is the first to confirm such an attack since the June vote at the OPCW Special Session.

The status of the new mechanism is unclear. In November 2018, OPCW Director-General Fernando Arias told the press that the OPCW would hire 10 experts soon for the mechanism to investigate blame but in early March, he reported that hiring was still ongoing. Chemical Weapons Convention states-parties approved funds for the body in its annual meeting in November 2018. In addition, a handful of countries, including Denmark, Norway, Slovenia, Switzerland, and the United Kingdom have pledged nearly half a million dollars for the new mechanism. But Arias reported in late February 2019 that the OPCW secretariat was still “putting in place arrangements” for the mechanism.

These attribution investigations cannot start soon enough. Only by creating an independent record of chemical weapons use in Syria can the international community bring those who use these inhumane and illegal weapons to justice. —ALICIA SANDERS-ZAKRE