Authored by Daryl G. Kimball and Kelsey Davenport on September 9, 2016

Seismic activity indicates that North Korea conducted a fifth nuclear test on Sept. 8 at 9:00 a.m. local time. The Comprehensive Test Ban Treaty Organization (CTBTO) in Vienna reported that more than two dozen of the seismic stations that are part of the treaty’s International Monitoring System confirmed that the seismic event was in the 5.0 magnitude range, occurred at a very shallow depth, and took place in the immediate vicinity of North Korea's Pyunggye-ri test site. The U.S. Geological Survey reported similar findings. 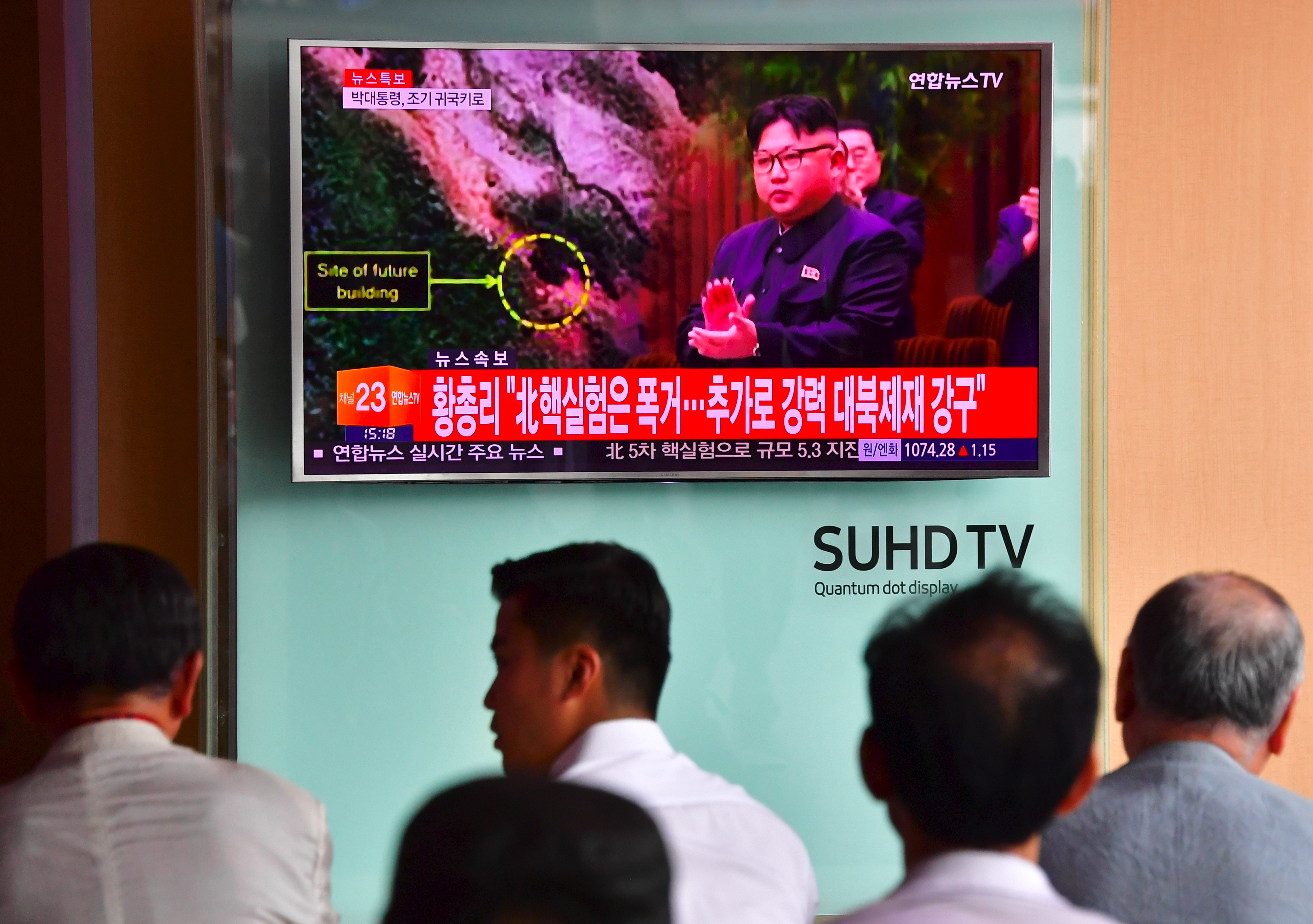 The test explosion is yet another unpleasant reminder that the threat posed by North Korea’s nuclear program continues to grow. Current international efforts to constrain Pyongyang’s nuclear and ballistic missile activities are woefully inadequate. Tough international sanctions and condemnation has failed to prevent North Korea from conducting nuclear tests and has failed to constrain its ballistic missile program. Over the past several years, North Korea has increased the reliability and range of its ballistic missiles, pursued new missile systems, and produced more fissile material that could be used for nuclear weapons—all while the international community has missed efforts to negotiate with Pyongyang.

The next U.S. presidential administration must renew efforts to productively engage North Korea in a diplomatic dialogue with the goal of freezing North Korea’s nuclear and ballistic missile testing. Such a freeze would buy time to seek a more robust arrangement to roll back its capabilities in exchange for sanctions relief and other inducements.  Failure to achieve such a result will allow North Korea to continue to develop and deploy missiles capable of delivering nuclear warheads that can reach targets throughout Northeast Asia.

The latest North Korean nuclear blast also makes it all the more essential that the international community reaffirms its support for a global, verifiable ban on nuclear weapons testing and the prompt entry into force of the 1996 Comprehensive Test Ban Treaty (CTBT).

The UN Security Council is currently considering a resolution to reaffirm support for the CTBT and call for action on the treaty.

In response to this effort some Senators are threatening to cut off funding for the CTBTO’s international monitoring system out of a misplaced fear that efforts to strengthen global support for the existing norm against nuclear testing infringe upon their treaty ratification prerogatives—that is completely irresponsible.

A UN Security Council resolution—which will strengthen the global taboo against nuclear testing at a critical time—deserves the strong support of responsible policymakers the world over, especially in the U.S. Senate, which has failed to provide its advice and consent for ratification of the treaty by the United States.