Authored by Daryl G. Kimball and Elizabeth Philipp on March 2, 2016 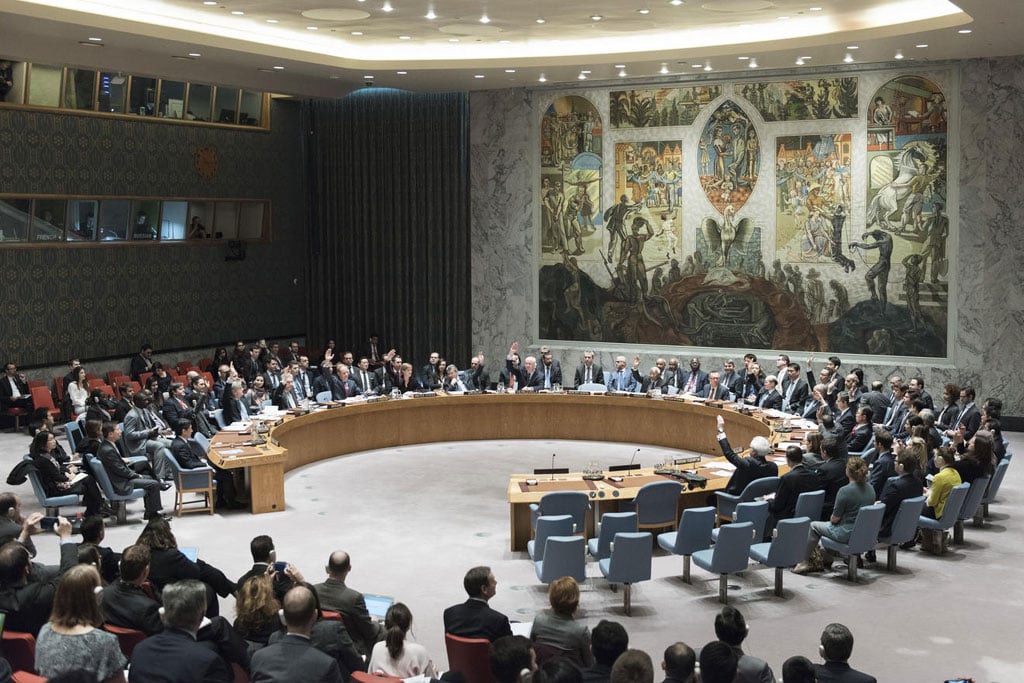 Today, the United Nations Security Council unanimously adopted a fifth resolution to address North Korea’s destabilizing nuclear and missile programs. UN Security Council Resolution 2270 was adopted in response to North Korea’s dangerous nuclear provocations of early 2016, namely a fourth nuclear test on Jan. 6 and a second launch of a satellite on Feb. 7, which has implications for its long-range ballistic missile development efforts.

The new resolution imposes the most comprehensive sanctions to date. UNSCR 2270 seeks to:

These sanctions alone, though considerably more stringent, will not by themselves bring about regime collapse as South Korean President Park Geun-hye threatened on Feb. 16, nor the realization in Pyongyang that it must give up its nuclear weapons.

As Japan's ambassador to the United Nations Motohide Yoshikawa said in a trilateral briefing with his U.S. and South Korean counterparts following the adoption of Resolution 2270, the sanctions are “not the final objective.” The goal of sanctions pressure is to catalyze an “effective dialogue” with North Korea that will lead to stability on the Korean peninsula and in Asia in its entirety.

Going forward, these new sanctions should be coupled with an adjusted, joint policy of pressure and engagement by the United States, China, Japan, and South Korea. If enforced well, these new Security Council measures can provide additional leverage in talks with North Korea on the future of their nuclear and missile programs, and steps to ease of tensions with its neighbors.

The long-term goal of the United States must remain denuclearization of the Korean peninsula. It would be a grave mistake, however, to continue the Obama administration’s previous and unsuccessful tactic—insisting on denuclearization as a precondition for talks which seek to halt and reverse North Korea’s advancing nuclear and missile capabilities.

In the next several weeks, it will be important for Washington and Beijing to communicate to Pyongyang that they are willing to formally resume negotiations on issues covered in the September 2005 joint statement from the six-party talks, which covered nuclear and other matters of concern to both sides.

Today, North Korea already has a substantial arsenal of short- and medium-range missiles with conventional warheads and enough fissile material for a dozen or so bombs. However, it has not yet demonstrated a nuclear-armed, intercontinental-range ballistic missile capability, which would require more extensive flight testing and additional nuclear test blasts. But with each additional nuclear test explosion North Korea is one step closer to possessing missile-deliverable nuclear warheads.

Now is the time to act.