Authored by Rachel Stohl and Shannon Dick on January 12, 2016 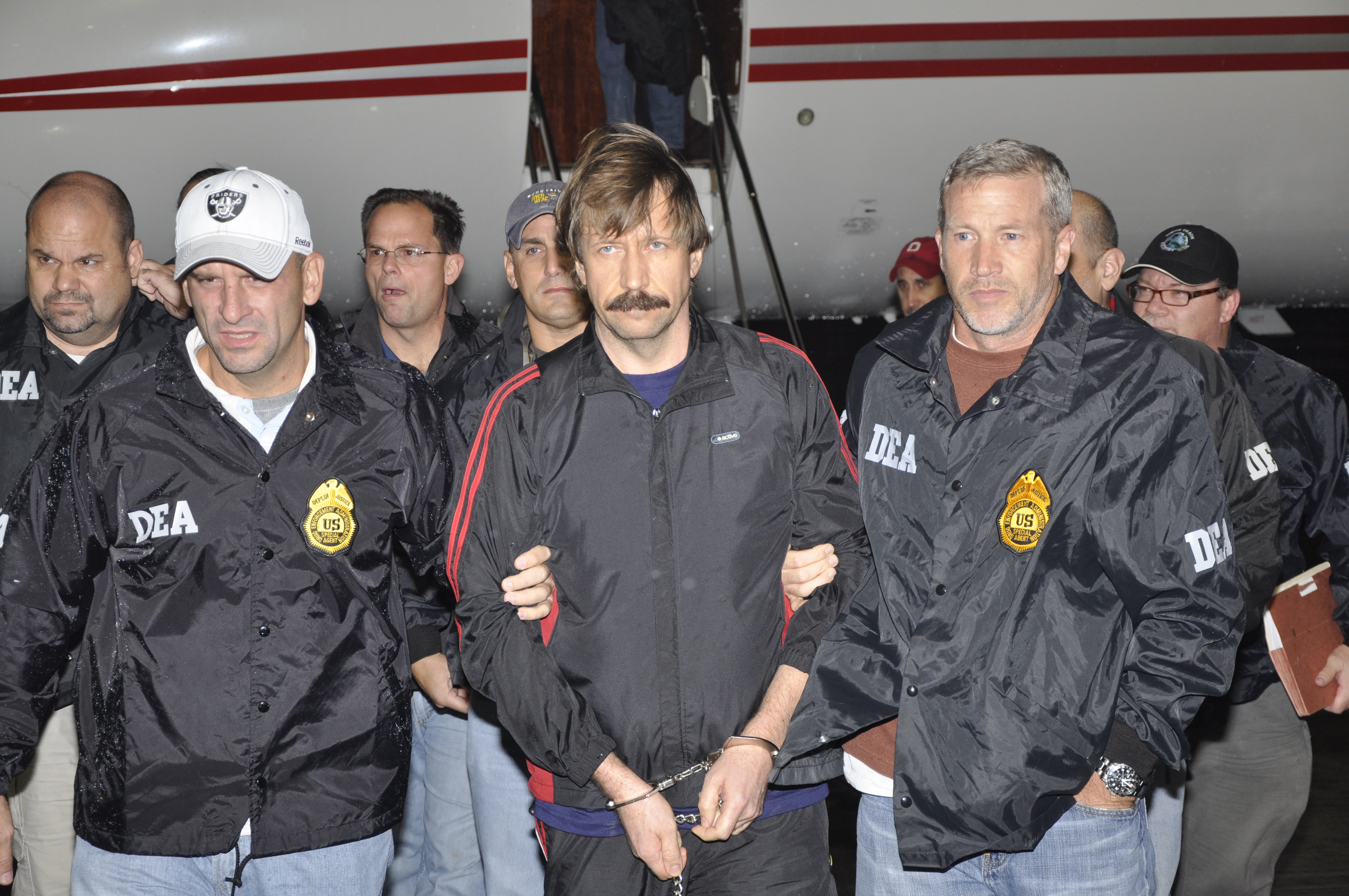 Referred to as the “Merchant of Death,” Viktor Bout provided weapons to some of the world’s deadliest conflicts for more than 20 years. Used by governments large and small, rebel groups, and other undesirable actors, Bout’s name is synonymous with the shadowy world of international arms brokers.

Though Bout came to represent the dark underpinnings of the global arms trade, a recent documentary provides a somewhat more intimate view of his global enterprise. Based primarily upon footage from Bout’s home video collection, The Notorious Mr. Bout gives viewers a glimpse of the man, husband, father, and entrepreneur behind some of the most infamous and deadly arms deals in modern history. The film, interspersed with interviews from arms trade experts who followed Bout for years, provides insight on Bout’s motivations and backstory – and paints a more nuanced picture of his naiveté, greed, and what appears to be an indifference towards his role in stoking conflict and atrocities around the world.

By showcasing Bout through his personal experiences, the documentary walks viewers through his early career and activities. Viewers see Bout and his affiliates traveling the world and reveling in the life of a prosperous businessman. In this way, the film sheds light on Bout’s larger-than-life persona and highlights his audacity and vast ego, which in the end were responsible for his downfall. Ironically, for a man who operated successfully in the gray market, constantly skirting the lines of legality, Bout did not seem overly concerned with documenting his nefarious activities on film.

Thus, the film’s central takeaway is not so much Viktor Bout as the villainous embodiment of depraved arms traffickers, but rather a man who is apathetic towards his direct ties to human suffering in conflict zones around the world. What is particularly unnerving about the film—and indeed about Bout himself—is not that he is the manifestation of evil and the deadly illegal arms trade, but more a representation of the “banality of evil.” Bout is rather unexceptional in his drive to make money. His actions are driven by commercial interests and entrepreneurial instincts coupled with indifference in navigating legal loopholes to make profit, and seemingly devoid of any compassion. Viktor Bout may be one of the world’s most notorious arms dealers – but he is not necessarily unique, and by no means will he be the last.

In showcasing the persona that is Viktor Bout, however, the documentary unfortunately glosses over some of the intricacies of the global arms trade and indeed some of Bout’s more “notorious” activities.

On one hand, the film ignores the role of government complicity in facilitating Bout’s deals, be it through corrupt customs officials or tacit acceptance of Bout to carry on his work in order to keep their own hands clean. For example, as Bout delivered arms to Rwanda, some of the weapons are believed to have been diverted and retransferred to Rwandan-backed forces fighting in the Democratic Republic of the Congo (DRC). Indeed, a 2002 UN report cited Bout’s relations with Rwandan military forces and his involvement in transporting arms and military personnel to Rwanda-controlled territory in the DRC. Bout’s weapons are also believed to have reached the National Union for the Total Independence of Angola (UNITA) via shipments to Togo and the DRC.

Additionally, the film skips some of Bout’s deadliest dealings, such as those in West Africa, even though Bout’s work in this region propelled him to international infamy. The film provides a single graphic to represent Bout’s involvement in the region, where the United Nations documented his complicity in weapons deliveries to Liberia, Angola, and Sierra Leone—in violation of UN arms embargoes—and where he is known to have contributed to other horrors witnessed throughout the 1990s. In Liberia, for example, Bout supplied helicopters, missiles, small arms, and other weapons to then-president Charles Taylor who has since been convicted of war crimes.

Lastly, the film does not address why the United States went after Bout with a complex undercover operation. From the film’s portrayal, it would appear as though the United States had long sought Bout’s arrest, when the case could be made that the U.S. made his capture a high priority only after it was revealed that Bout had earned millions from the United States and had been living openly in Moscow. Indeed, the United States had used Bout to send supplies to U.S. troops in Iraq, and it is possible that embarrassment from this revelation could be what motivated the U.S. to end their dealings with Bout. This is only one theory, but was never explored in the film.

Bout is notorious, but he’s not unique. He is but one cog in a much larger wheel of international arms brokering machinations. Many others have taken his place and sustain the shadowy world of arms dealing. But, by watching Bout’s dealings with despots in conflict-ridden countries, the documentary can serve as a vehicle through which the general public and policymakers alike can explore the dark underpinnings of the global arms trade and the duplicity that is involved in many “gray” market sales. The film provides a useful point of departure to engage in more detailed discussions on weaknesses and loopholes in the current system that allow arms brokers like Bout to thrive, and to explore efforts to combat – and perhaps even mitigate – the ramifications of  irresponsible and/or illegal arms transfers.

The views expressed in this blog post are those of the author. They are not necessarily those of the Arms Control Association, its staff, or members of its Board of Directors.

Rachel Stohl is a senior associate at the Managing Across Boundaries initiative at Stimson.  Previously, she was an associate fellow at Chatham House, the Royal Institute of International Affairs and has also been a senior analyst at the Center for Defense Information in Washington, D.C. She serves on the Arms Control Association Board of Directors. Shannon Dick is a research assistant at Stimson’s Managing Across Boundaries Initiative. Prior to joining Stimson, she was a research assistant with the Political Science Department at UC Berkeley.

Global Cooperation in a Time of Contagion: Member Video Call