Authored by Greg Thielmann on September 30, 2015

Rarely are foreign and security policy challenges characterized by such strong countervailing pressures or outcomes so replete with irony as in the conduct of U.S.-Russian affairs after Moscow’s 2014 military intervention in Ukraine. As Washington policy-makers and politicians try to settle on new guidelines for the bilateral relationship, they should seek a tough-minded but pragmatic diplomacy, realizing that, without U.S.-Russian negotiations, there will be no significant progress on either nuclear nonproliferation or nuclear disarmament. 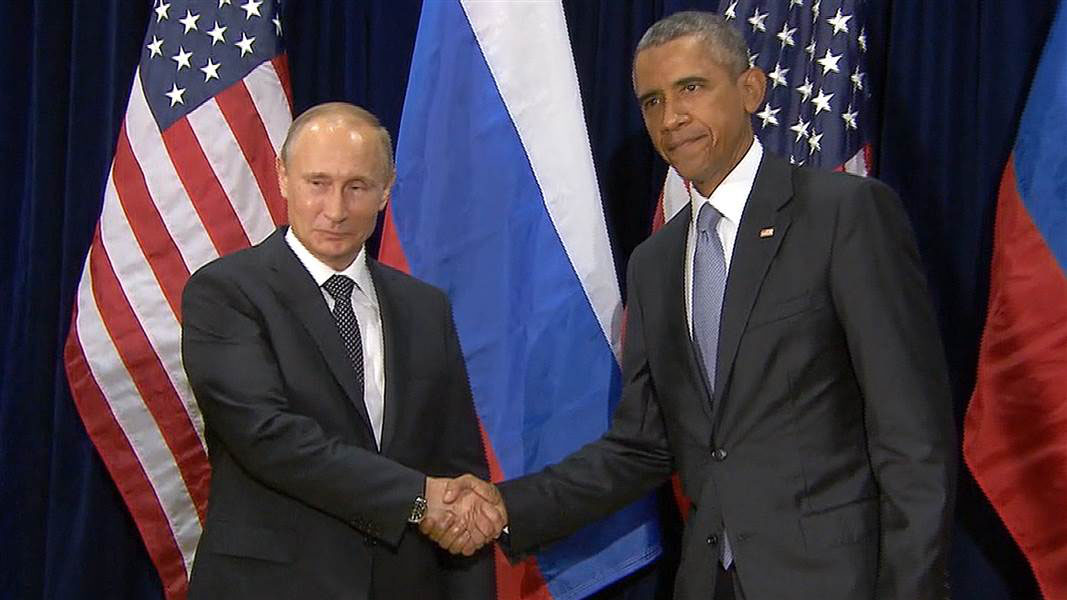 Americans now view Russia as the greatest enemy to the United States, according to a recent Gallup poll. There may be some truth to Stephen Kinzer’s contention in a recent Boston Globe opinion column that “having Russia as an enemy is strangely comforting to Americans. It reassures us that the world has not really changed…[and] we do not have to change our policies." But it is equally true that people react to the personalities of foreign leaders as well as to their policies. Gallop recorded higher favorability ratings for Gorbachev’s Soviet Union in 1989 than Putin’s Russia today.

Currently at the forefront of Americans’ image of Russia is Moscow’s invasion of Crimea in 2014, its continuing subversion of Ukraine’s Donbass region, its nuclear saber-rattling, and its recent introduction of Russian personnel and sophisticated weapons into Syria.

There is good reason for the West’s shock and anger that Putin’s Russia would be willing to change national boundaries in Europe through the use of force and for Washington’s alarm over Russia’s posturing and rhetoric regarding the role of its nuclear forces.

Russia’s actions and the resulting damage to relations with the West should not, however, blind the West to recognizing the existing and vital opportunities for constructive collaboration.

It is important to recognize what has changed and what has not in the bilateral relationship—where compromise can achieve positive results and where compromise only rewards bad behavior. Sober analysis also strives to avoid allowing the actions of a particular foreign government to indelibly alter the image of the country it temporarily rules, and to remember that the national interest can sometimes be served by making deals with repugnant regimes. Refusal to engage diplomatically is almost always a mistake—not only cutting off paths to resolving conflict, but also foregoing valuable sources of information on foreign intentions and capabilities.

Moscow was critical to the success of the lengthy multilateral negotiations that delivered the historic nuclear deal with Iran. It was likewise instrumental in forcing Syria’s acquiescence to eliminating 1,300 metric tons of lethal chemical weapons in its arsenal and acceding to the Chemical Weapons Convention (CWC).

Moreover, although reluctant to shine further light on the activities of the Syrian regime to which it is allied, Russia ultimately agreed to the UN Security Council and the UN Secretary-General establishing a “joint investigative mechanism” with the Organization for the Prohibition of Chemical Weapons (OPCW) to determine responsibility for ongoing chemical weapons attacks in Syria.

Even Russia’s apparent violation of the Intermediate-Range Nuclear Forces (INF) Treaty has not yet infected the continuing smooth implementation of the nuclear weapons reductions and intrusive monitoring agreed to in the 2010 New Strategic Arms Reductions Treaty (New START).

The Obama administration has generally been charting a prudent course through the minefields of U.S.-Russian relations. President Barack Obama’s Sept. 28 speech to the UN General Assembly was blunt in its characterizations of Russian behavior, but also expressed willingness to work with Russia (and Iran) in finding a political solution to the Syrian crisis. He continues to put limits on the type of military aid he is willing to offer Ukraine, while maintaining that existing sanctions on Russia can only be lifted if Russia ceases to subvert the Donbass.

In his Sept. 28 UN General Assembly speech, Russian President Vladimir Putin called for assembling a broad-based coalition against Syrian terrorists. By invoking the example of the anti-Hitler coalition of World War II, he may have ironically advanced his argument by prompting memories that it was Hitler’s invasion of the Soviet Union (which followed Stalin’s invasion of Poland and Finland) and Japan’s attack on the United States that made the coalition possible.

Obama has also apparently authorized military-to-military discussions with Russia to avoid unintended clashes on the periphery of NATO. General Philip Breedlove, NATO’s military commander, told a Washington audience on Sept. 28 that long-standing Incidents-at-Sea (INCSEA) talks have been broadened to include land- and air-activities as well.

Pundits rightly credit Putin with tactical success in strengthening his domestic support while enhancing Russia’s international stature as a power that must be reckoned with. But with Ukrainian sentiment turning strongly against Russia and the West’s economic sanctions combining with falling worldwide oil prices to deliver long-term damage to Russia’s economy, the negative consequences for Russia are serious and growing. Russia therefore has a strong incentive to make a deal while its leverage lasts.

The United States operates under handicaps in dealing with Russia over Ukraine. The most striking imbalance is the relative importance of what happens in Ukraine to Moscow and to Washington. Russia considers Kiev the birthplace of its national identity more than a millennium ago, and Ukraine has a long history of being ruled from St. Petersburg or Moscow. Moreover, Ukrainians may aspire to the political and economic culture of the West, but their society carries a heavy legacy of corruption and inefficiency from the Soviet era.

Putin’s authoritarian rule also gives him at least short-term advantages over Obama in carrying out foreign policy. Congress rebelled against Obama’s attempts to enforce his red line concerning Syria’s use of chemical weapons. Congress has still been unable to agree on re-authorizing the use of military force against Al-Qaeda and the Islamic State in the Middle East in response to evolving circumstances. Indeed, Congress was not even able to explicitly endorse the Iran nuclear deal that the United States was instrumental in achieving.

The Obama administration’s inability to find (or create) a moderate, armed opposition in Syria and the obvious reticence among the American people in using U.S. military forces to change facts on the ground will significantly limit U.S. leverage at the negotiating table. Wherever the cause, this situation is not likely to change in the foreseeable future. Harnessing the strong opposition to and fear of the Islamic State among other participants in negotiations may be the strongest card in the U.S. deck. And ironically, as Thomas Friedman opined Sept. 30 in The New York Times: “Putin’s rash rush into Syria may in the end make him more in need of a deal…”

One of the most important next steps for nonproliferation after the Iran nuclear deal is to make progress on the Middle East Weapons-of-Mass-Destruction-Free Zone, (MEWMDFZ) called for at the 2010 Nuclear Nonproliferation Treaty (NPT) Review Conference. Building on the Iran deal and Syria’s accession to the CWC, the United States and Russia can make common cause in seeking additional constraints by key states in the region. Among the most feasible steps toward this end in the mid-term are:

U.S.-Russian teamwork is even more critical in achieving the NPT’s nuclear disarmament objectives. Given the economic burdens of modernizing nuclear articles at New START levels, both the United States and Russia stand to reap considerable economic benefits from negotiating lower limits. (With less cutting-edge technology and a smaller economy, Russia would benefit most of all.) The following measures could guide the way and build momentum:

Only Washington and Moscow, which together control more than 90 percent of the world’s nuclear weapons, can further reduce the global stockpile in a dramatic way. Unless they do, other nuclear weapons states will hang back and nonproliferation efforts will be hobbled, with many of the non-nuclear weapons states increasingly turning to less constructive remedies for eliminating nuclear weapons. Negotiating verifiable agreements, which increase the security of both sides, will be necessary.