Even before his disastrous decision to invade Ukraine last year, Russian President Vladimir Putin had demonstrated a malign indifference toward basic norms of international behavior, an uneven record of compliance with cornerstone arms control agreements, and a penchant for bullying and using deadly force against opponents. 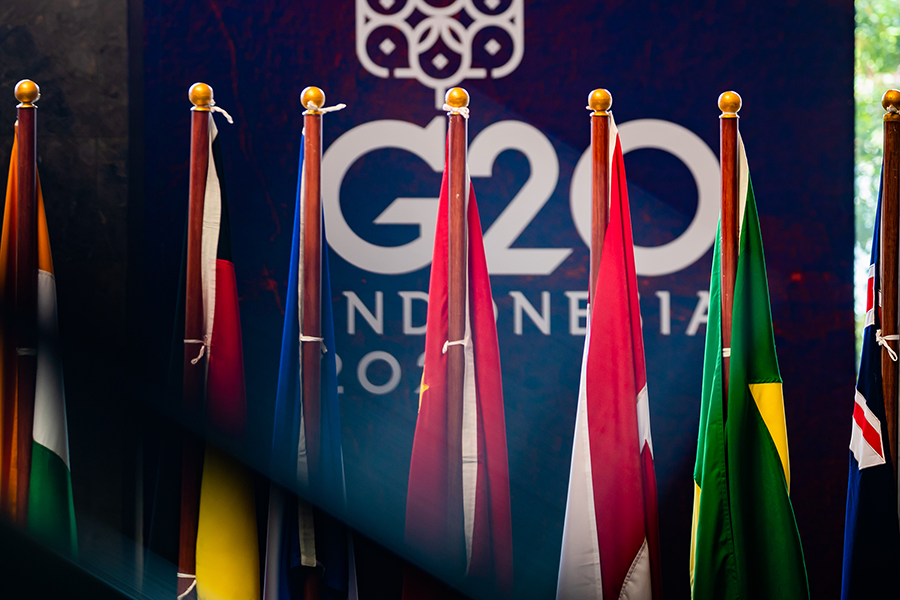 Nevertheless, it was still shocking that, at the outset of the war, Putin issued veiled but unmistakable threats that he might use nuclear weapons against anyone, particularly the United States or NATO, trying to interfere in his unprovoked assault on independent, non-nuclear-armed Ukraine. When Putin hinted on Sept. 21 that he might use short-range nuclear weapons in the conflict, many feared that the unthinkable might happen.

Yet, Putin eventually was compelled to back off his nuclear threats. “We see no need for that,” he said in October. “There is no point in that, neither political nor military.”

This rhetorical retreat was no accident. Undoubtedly, Putin was reminded by his advisers and by U.S. and NATO leaders that there is no military value in using nuclear weapons against Ukrainian targets. Instead of ending the war, such an atrocity would draw NATO into the conflict, bringing about Russia’s defeat and Putin’s own downfall. Another major, perhaps decisive, factor was the crescendo of global condemnation against nuclear threats of any kind from non-nuclear-armed states and later from nuclear-armed states, as well as Russia’s few remaining enablers.

To his credit, U.S. President Joe Biden did not issue reciprocal threats against Russia. He reaffirmed that U.S. and NATO forces would not become engaged directly in the war. He also made clear that he would not be intimidated by Putin’s nuclear “warnings” and would provide the assistance needed to help Ukrainians defend their country. This took the punch out of Putin’s threats and helped ensure that the Russian nuclear bully did not get his way.

But early in the war, Biden referred to Russia’s “occasional nuclear rhetoric” as “dangerous and extremely irresponsible,” implying that some nuclear threats are responsible. In July, France, the United Kingdom, and the United States expanded on this theme in a joint paper saying they reject “irresponsible rhetoric concerning potential nuclear use intended for military coercion, intimidation, or blackmail.” They asserted that their nuclear weapons only “serve defensive purposes, deter aggression and prevent war.” Not surprisingly, Russian officials claimed Putin’s nuclear warnings were “defensive” and designed to deter Western interference.

In contrast, many leaders from non-nuclear-weapon states recognized that following Putin’s brazen threats, the world needed to speak with greater clarity to avert nuclear catastrophe, and they did. In June, the 65 states-parties to the Treaty on the Prohibition of Nuclear Weapons issued a political statement noting that “any use or threat of use of nuclear weapons is a violation of international law, including the Charter of the United Nations” and condemning “unequivocally any and all nuclear threats, whether they be explicit or implicit and irrespective of the circumstances.” At the nuclear Nonproliferation Treaty review conference in August, 147 non-nuclear-weapon states declared the use of nuclear weapons unacceptable “under any circumstances.”

Then, following Putin’s alarming threat of possibly using short-range nuclear weapons to decimate Ukraine’s army or its cities, global concern about nuclear war rose to levels not seen in decades. Key leaders began to speak out in more direct terms.

Borrowing from the terminology of the non-nuclear-weapon states, NATO Secretary-General Jens Stoltenberg stated on Sept. 27 that “any use of nuclear weapons is absolutely unacceptable.” German Chancellor Olaf Scholz declared on Oct. 8, “We need to give a clear answer to nuclear threats. They’re dangerous for the world, and the use of nuclear weapons is unacceptable.”

More importantly, leaders who had been silent about Putin’s nuclear threats finally weighed in. On Nov. 4, Chinese President Xi Jinping said the international community should “jointly oppose the use of, or threats to use, nuclear weapons.” The powerful Group of 20 agreed on Nov. 16 at their summit in Indonesia that threats and use of nuclear weapons are “inadmissible.”

The Putin-provoked nuclear crisis forced millions of people, including many world leaders, to confront the grim realities of nuclear weapons for the first time: that even their limited use likely would trigger nuclear escalation with global consequences; that their use is immoral and illegal; and that nuclear deterrence, a strategy that depends on the credible threat of nuclear use, is dangerous, unsustainable, and ultimately unacceptable.

Awareness by itself does not solve the problem, however. Russia might still use a nuclear weapon before the fighting in Ukraine ends, and there are other nuclear flashpoints around the globe. To preserve and strengthen the consensus against nuclear weapons use and threats of use, civil society and the international community must sustain pressure against those who might break the nuclear taboo. Our collective survival depends on it.