Facing growing Chinese and Russian nuclear arsenals, the United States for the first time will need to deter two major nuclear powers simultaneously, thus requiring the modernization of its own nuclear triad and infrastructure, according to the Biden administration’s National Security Strategy released in October. 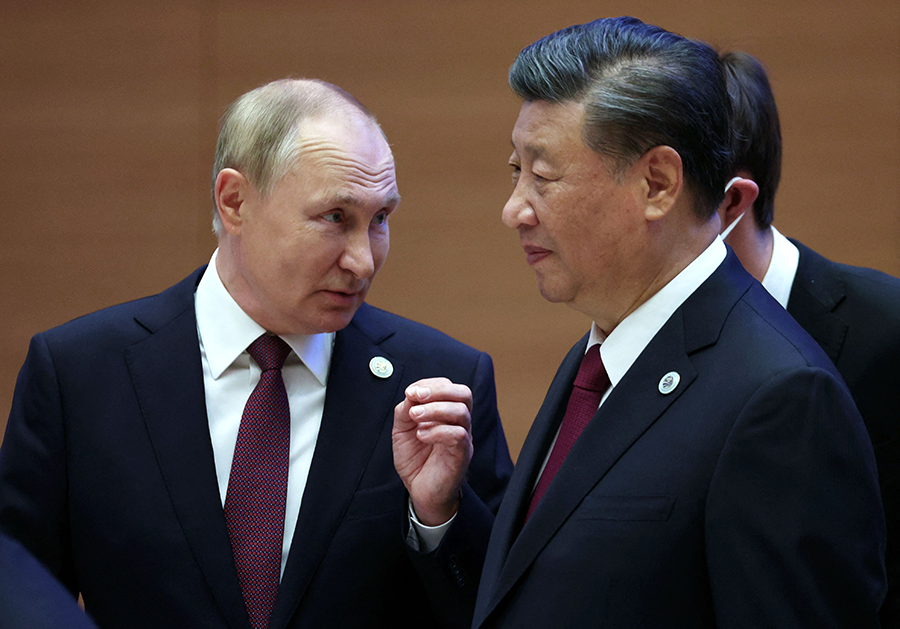 “By the 2030s, the United States for the first time will need to deter two major nuclear powers, each of whom will field modern and diverse global and regional nuclear forces,” the long-awaited, congressionally mandated document stated. “To ensure our nuclear deterrent remains responsive to the threats we face, we are modernizing the nuclear triad, nuclear command, control, and communications, and our nuclear weapons infrastructure, as well as strengthening our extended deterrence commitments to our Allies.”

The Biden administration officially released the strategy on Oct. 12, nearly two years into its term and after, according to media reports, a rewrite of at least portions of it due to Russia’s invasion of Ukraine in February. The Pentagon released several related security documents—the National Defense Strategy, Nuclear Posture Review and Missile Defense Review—on Oct. 27, after delivering classified versions to Congress in March. (See ACT, April 2022.)

Alongside the nuclear modernization effort, the strategy emphasizes that the United States remains “equally committed to reducing the risks of nuclear war…[including by] taking further steps to reduce the role of nuclear weapons in our strategy and pursuing realistic goals for mutual, verifiable arms control.” The U.S. nuclear modernization effort will cost $634 billion over the next 10 years, according to a May 2021 projection by the Congressional Budget Office. (See ACT, June 2021.)

The Biden administration “retains an interest” in developing a new U.S.-Russian nuclear arms control framework to replace the 2010 New Strategic Arms Reduction Treaty, which expires in 2026, the document says.

Overall, the strategy prioritizes maintaining a competitive edge over China, but underscores the need to constrain Russia at the same time.

“China is developing nuclear capabilities at a moderate and appropriate level,” Chinese Defense Minister Gen. Wei Fenghe said in June. “That means being able to protect our nation’s security so that we can avoid the catastrophe of a war, especially the catastrophe of a nuclear war.”

As for Russia, U.S. National Security Advisor Jake Sullivan said on Oct. 12 that Moscow’s threats to use nuclear weapons over the course of the war in Ukraine have reminded the administration “what a significant and seriously dangerous adversary Russia is, not just to the United States but to a world that is seeking peace and stability.”