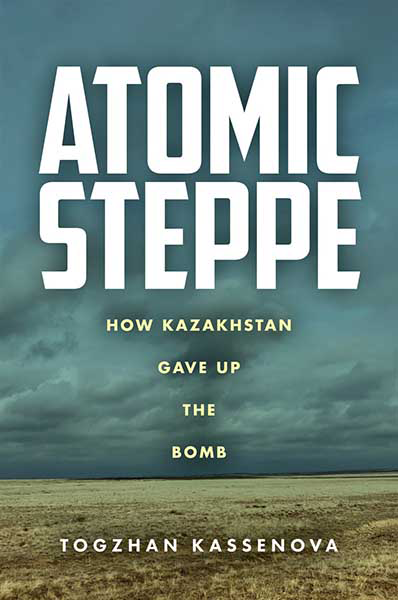 Atomic Steppe: How Kazakhstan Gave Up the Bomb
By Togzhan Kassenova
2022

In this sweeping and deeply researched account, Togzhan Kassenova explores how her home country of Kazakhstan and its people were deeply scarred by four decades of Soviet nuclear testing, how they later played a central part in bringing the age of nuclear testing to a close, and how, long after the dissolution of the Soviet Union, they continue to address the dangerous legacy of nuclear weapons and pursue national strategies to reduce and eliminate the dangers of nuclear weapons. Meticulously researched, this history is based on primary documents, accounts of key officials, and on-the-ground interviews with affected people in the nuclear testing zone known as “the Polygon.”

Not only does Kassenova provide new insights on an overlooked chapter of the nuclear age, but she gives voice to ordinary Kazakhs whose lives were affected by the 456 nuclear test explosions conducted between 1949 and 1991 over and under their lands. The book explores the thinking behind Russia's nuclear testing program, the effect on the Kazakh population, how popular resistance to nuclear testing became a catalyst for the push for independence, and how the leaders of the new country tackled unique environmental remediation and nonproliferation challenges, often alongside U.S. partners, while balancing relations with Russia. Atomic Steppe is a new classic in the field that contains essential lessons for future efforts to rid the world of nuclear weapons and address the human toll of nuclear testing.—DARYL G. KIMBALL 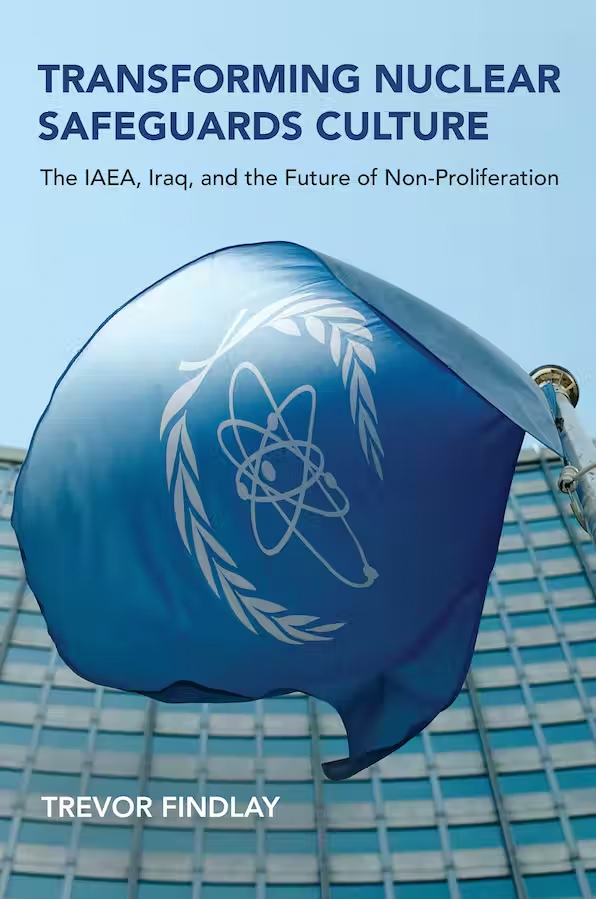 Transforming Nuclear Safeguards Culture: The IAEA, Iraq, and the Future of Non-Proliferation
By Trevor Findlay
June 2022

Trevor Findlay’s book offers a careful analysis of the International Atomic Energy Agency’s (IAEA) biggest failure, Iraq. Despite its core mission to prevent nuclear proliferation, the IAEA did not grasp the extent of Iraq’s nuclear capabilities until leader Saddam Hussein was defeated in the 1991 Persian Gulf War and agency experts entered the country to inspect its nuclear facilities. Although Iraq signed a safeguards agreement with the IAEA, it had amassed a substantial nuclear weapons infrastructure separate from the peaceful nuclear facilities and materials that were declared to the agency and were subject to IAEA nuclear safeguards. To determine why this happened and how it can be avoided in the future, Findlay adds unique value by focusing on an overlooked factor: the impact of the IAEA’s organizational culture, which, he writes, had become “cautious, process-driven rather than goal-oriented, and complacent about potential non-compliance” and ignored the possibility that states “might fail to declare everything that they possessed.” He argues that organizational culture must be taken into account in efforts to strengthen IAEA safeguards and sees evidence of positive change.—CAROL GIACOMO