Following a decision by Saudi Arabia to reduce oil production, Democratic members of the U.S. Congress are pressuring President Joe Biden to halt or alter arms transfers and other military support to the kingdom, arguing that its policies now align with Russia. 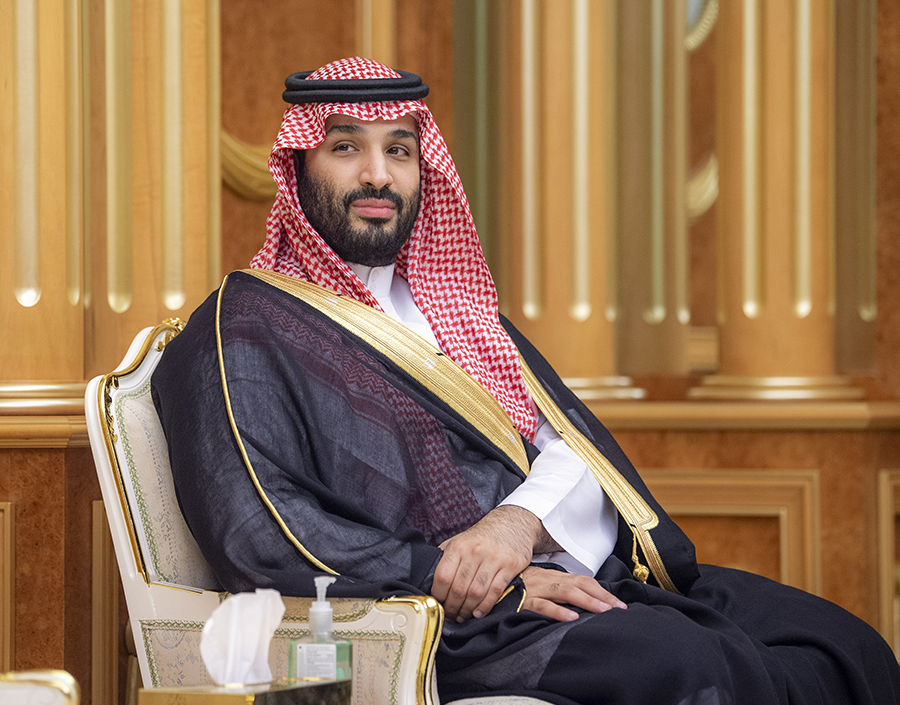 Although the Biden administration has indicated it is reviewing the Saudi-U.S. relationship, it had not detailed any specific changes related to weapons by late October.

Growing tensions between Washington and Riyadh reached what could be an inflection point when the “OPEC+” group of major oil-producing countries announced on Oct. 5 that a daily oil production decrease of 2 million barrels would begin in November, with Saudi Arabia and Russia accounting for more than half that reduction.

Democratic Reps. Tom Malinowski (N.J.), Sean Casten (Ill.), and Susan Wild (Pa.) responded that day by announcing plans to introduce a bill mandating the removal of U.S. troops and missile defense systems from Saudi Arabia and the United Arab Emirates. Four days later, Sen. Richard Blumenthal (D-Conn.) and Rep. Ro Khanna (D-Calif.) ​said in an opinion essay in Politico that they would introduce legislation “that will immediately halt all U.S. arms sales to Saudi Arabia.” The proposal was later clarified to be a one-year halt. Meanwhile, on Oct. 10, Senate Foreign Relations Committee Chairman Bob Menendez (D-N.J.) said the “United States must immediately freeze all aspects of our cooperation with Saudi Arabia, including any arms sales and security cooperation beyond what is absolutely necessary to defend U.S. personnel and interests.”

With Congress out of session, no votes were taken on that or other related legislation, such as a Yemen war powers resolution that has more than 115 co-sponsors in the House.

On Oct. 16, U.S. National Security Advisor Jake Sullivan said in an interview on CNN that Biden wanted to work with Congress on revising the Saudi-U.S. relationship when it was back in session after the Nov. 8 midterm elections.

After Biden visited Saudi Arabia in July and was photographed fist-bumping Saudi Crown Prince Mohammed bin Salman, it was widely expected that the kingdom would take steps to reduce oil prices and ease economic pressure on countries supporting Ukraine in its war against Russia. Saudi Arabia defended its October decision to cut oil production, saying it was taken solely for economic reasons and that it was agreed by a group. On Oct. 15, the crown prince spoke with Ukrainian President Volodymyr Zelenskyy and announced $400 million in additional humanitarian assistance for the country.

Those arguments and actions have not silenced U.S. critics. In blasting the oil production cuts, Menendez said that
“[t]here simply is no room to play both sides of this conflict. Either you support the rest of the free world in trying to stop a war criminal from violently wiping…an entire country off the map, or you support him.”

At the start of his presidency, Biden said that the United States would no longer support Saudi “offensive” operations in Yemen and halted precision-guided munitions sales that had been notified during the final months of the Trump administration. Since then, his administration has informed Congress of more than $4 billion in weapons sales and services via the government-to-government Foreign Military Sales program, often arguing that they were “defensive” systems.

Congressional criticism of Biden’s new arms sales to Saudi Arabia appeared to be waning until the recent oil decision. Last December, a majority of Democrats voted in support of a resolution to disapprove of a $650 million sale of Advanced Medium Range Air-to-Air Missiles (AMRAAMs) and associated launchers, but the effort ultimately failed on a 30–67 vote. (See ACT, January/February 2022.) In August, Sen. Rand Paul (R-Ky.) introduced a resolution of disapproval against a $3 billion sale of Patriot missiles, but no senators co-sponsored the measure, and no votes were taken on it.

Sen. Chris Murphy (D-Conn.), frequently a leader on arms sales restraint toward Saudi Arabia, backed the administration in December on the AMRAAM weapons system sale. In a tweet thread Oct. 13, he said he now supported halting arms sales. He added that the Patriot systems should be removed and that “the Ukrainians are using (and need more) air-to-air AMRAAM missiles. These missiles are needed to defend against Russia’s criminal bombardment of civilians. The U.S. is scheduled to send 280 AMRAAMs to Saudi Arabia. These should be redirected to Ukraine.”