Over the long, dangerous course of the nuclear age, the easing of tensions and resolution of crises between the nuclear-armed states have relied not only on good luck and self-restraint, but on effective, leader-to-leader dialogue.

For example, a key turning point in the 1962 Cuban missile crisis was the decision by President John F. Kennedy to listen to advisers recommending a diplomatic course of action and back-channel talks. This allowed the two sides, as Soviet leader Nikita Khrushchev described it, to “take measures to untie that knot” and thus avoid “the catastrophe of thermonuclear war.” 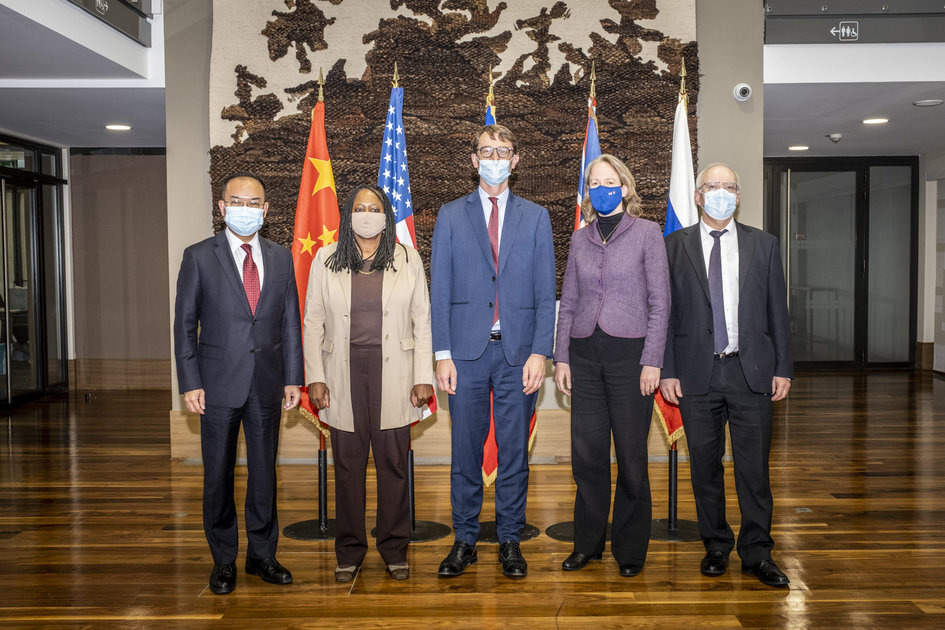 Today, tensions that once again could lead the United States into direct conflict with Russia, as well as China, are growing. As Russian President Vladimir Putin doubles down on his disastrous decision to invade Ukraine and issues dangerous threats to use nuclear weapons, the risk of nuclear war is probably higher than at any point since 1962. The invasion has also led to the suspension of the U.S.-Russian strategic stability dialogue and talks designed to maintain limits on their strategic nuclear arsenals.

At the same time, U.S. and Chinese forces are engaging in ever more provocative military maneuvers around Taiwan, creating the potential for a conflict that itself could lead to nuclear escalation. In response to its more adversarial relationship with the United States, China is preparing to expand its relatively smaller nuclear arsenal of just more than 200 warheads to as many as 700 warheads by 2027.

In June, U.S. President Joe Biden wisely declared that even as he seeks to “rally the world to hold Russia accountable for its brutal and unprovoked war on Ukraine, we must engage Russia on issues of strategic stability.” In August, he announced that his administration is ready to negotiate a new nuclear arms control framework with Russia to replace the New Strategic Arms Reduction Treaty when it expires in 2026, but those talks have not begun.

To loosen the knot of war, the Biden administration needs to explore other pathways for dialogue. One option surely under consideration but not yet deployed in this crisis is the multilateral P5 process, which involves all five nations recognized as nuclear-weapon states under the nuclear Nonproliferation Treaty (NPT) (China, France, Russia, the United Kingdom, and the United States).

The group has met annually since 2009 to explore confidence-building measures in relation to their nuclear forces. The United States holds the rotating chair, but has not yet convened a meeting. To date, the P5 process has been underutilized and has underperformed. But in this time of heightened nuclear danger, the Biden administration must try to use it to ease nuclear tensions with China and Russia.

Leaders in Beijing continue to tout the process. Last month, Li Song, Chinese ambassador for disarmament affairs, told a UN meeting that the five NPT nuclear-weapon states “should further enhance communication on such issues as strategic stability and reduction of nuclear risks.” With Russia continuing to issue veiled nuclear threats, it is in the vital interest of all five states to pursue joint steps and joint statements designed to lower the temperature.

For instance, the group might consider updating and implementing the 1973 U.S.-Soviet Agreement on the Prevention of Nuclear War, which pledges the two states “to refrain from the threat or use of force against the other party” and “avoid military confrontations, and as to exclude the outbreak of nuclear war.” The agreement requires that “if at any time there is the risk of a nuclear conflict,” each side “shall immediately enter into urgent consultations with each other and make every effort to avert this risk.”

The United States might also propose that the P5 process be augmented to allow for sustained discussions on specific arms control proposals relevant to all five states. Since the recent collapse of the Intermediate-Range Nuclear Forces Treaty, Russia and the United States have expressed interest in negotiating a new arrangement to limit or ban certain types of these weapons. At their February 2022 summit, Putin and Chinese President Xi Jinping called for talks with the United States to curtail possible deployments of missiles that had been limited by the treaty. The Biden administration should test their seriousness by advancing proposals for mutual restraints on these types of ballistic and cruise missile systems by all three states through the P5 process.

As they stared into the nuclear abyss 60 years ago, Kennedy and Khrushchev turned to diplomacy to reach the compromises necessary to preserve their nations’ survival. Today’s leaders must be even more creative and persistent in the pursuit of risk reduction and disarmament if we are to avoid arms racing and the possibility of nuclear catastrophe.